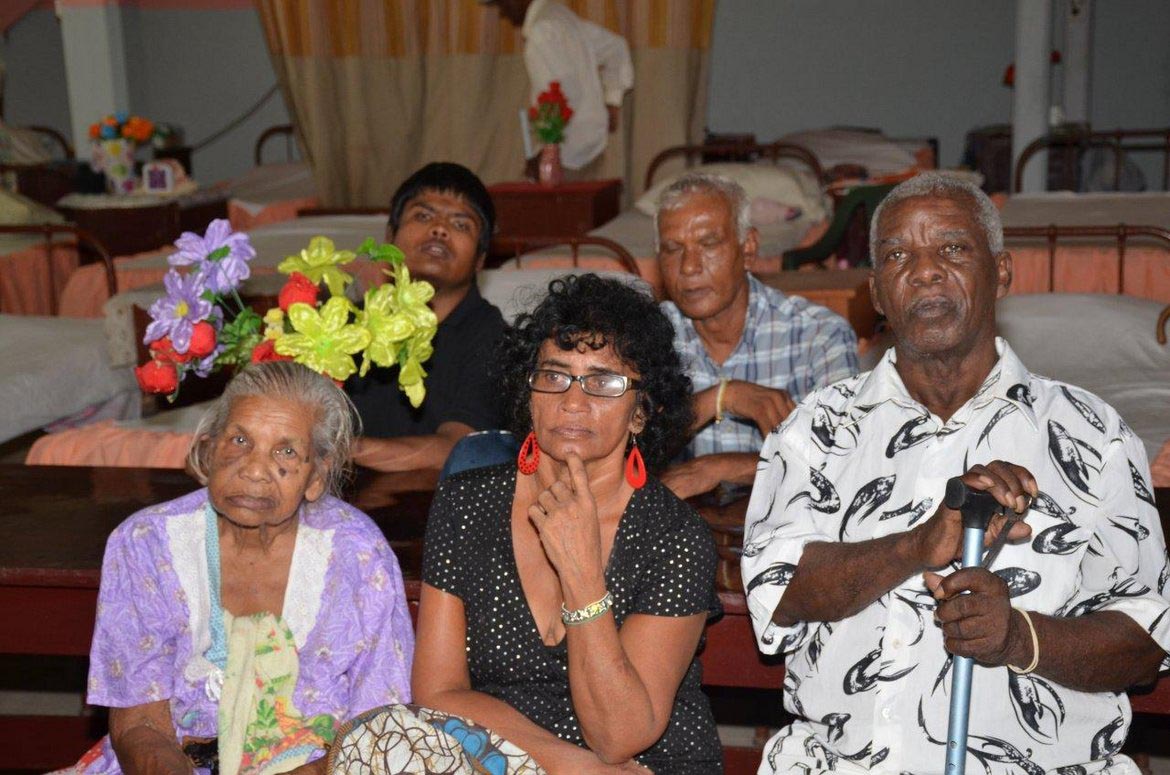 Georgetown, Guyana – (December 25, 2015) President David Granger earlier today announced an increase in Government subvention for the Dharm Shala indigent home, and a donation of $1 million before year end, for the continued work at the institution.

The President made this announcement to an audience including residents, staff and management at the Christmas luncheon held at the home. In an invited comment, the president said the donation is to be used to support any effort to rehabilitate and/or equip any member of the institution with the skills needed for employment.

“We [would] like to look at other measures that could be used to rehabilitate them, to prepare them for the world of work. People should not feel that the end of their useful life begins when they enter the Dharm Shala; it is just a phase, something to help them help themselves,” President Granger said.

Some residents and other beneficiaries pay keen attention as President Granger makes an address.

Even as he commended the work of the institution, the President noted that the Dharm Shala has been part of Guyana’s history, and rich tradition of hospitality, sharing, caring and charity. Further, in his Christmas message, he reminded the gathering that Christmas should not only be a time for merriment, but more importantly it should be a time for charity, peace and the goodness of Christ.

The Head of State also spoke of his Government’s plan to bridge the gaps of inequality across the country. Pointing to the need for providing access to education for all, as one sure way to remedy this situation, the President hoped that the Dharm Shala could also play a role in pushing education.

“I hope that in this institution, some of that additional money that will be coming your way in 2016 will be used to encourage persons, regardless of their age, to remain in employment, or to enter or re-entre the world of employment, and also the world of education. Regardless of how old you are, there is always something to learn, there is always something,” the President said.

The President then wished the gathering a Merry Christmas and expressed hope that even as the charity continues its mandate, it makes provisions for spiritual growth as the nation moves closer to its 50th Independence Anniversary.

“This time let us come together…. Let us regard next year 2016 as a year for coming together, a year for national unity. Wherever we are, let us reaffirm our faith in our nation, reaffirm our faith in one another, and let us use this scared festival, the festival of peace and good will, to remember the lesson of Luke that we should greet each other with peace,” the President added. 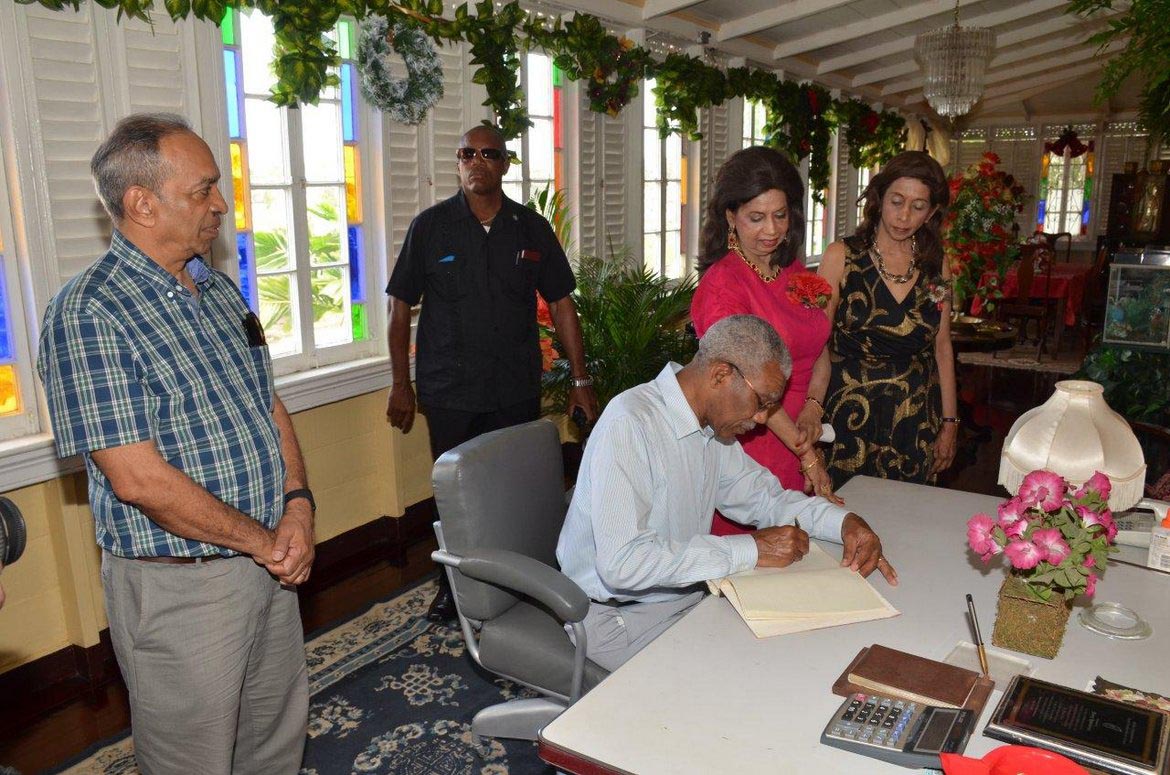 Also on the occasion, Dharm Shala Treasurer and Managing Head, Ms. Kella Ramsaroop, thanked the President for his attendance, noting that the residents were delighted that he came to celebrate the Christmas luncheon with them.

The Dharm Shala has been proving much needed care of indigents and elderly persons in Guyana for 95 years, including housing and medical care. During the days leading up to Christmas, the residents of the Dharm Shala were treated to a day of carolling by the Salvation Army, and participated in their annual children party for children in the Albouystown community. Throughout the month, residents were treated to gifts and goodies by the business community and other individuals.