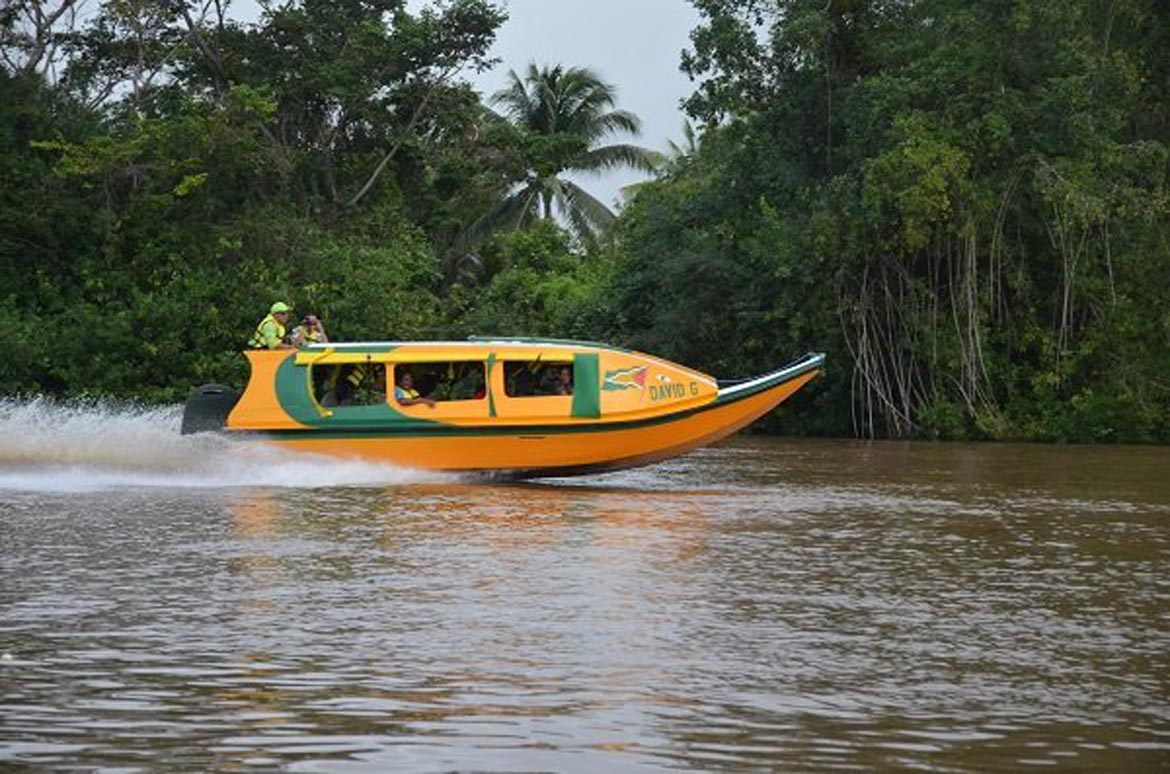 President David Granger today commissioned the David V G, a boat donated by Charity fisherman, Mr. Kumar Lallbachan, to the Boats, Buses and Bicycles Programme to provide transportation for children to get to school. In an invited comment, Mr. Lallbachan said that he decided to make the donation after hearing numerous complaints from parents of the region about being unable to get their children to school due to the high cost of transportation.

The President said this gift to the children of Guyana was the best Christmas gift he could have received. President Granger used the opportunity to call on businesses and all Guyanese to pledge to do all they can to ensure all children get to school.

The David G V in motion on the Pomeroon River 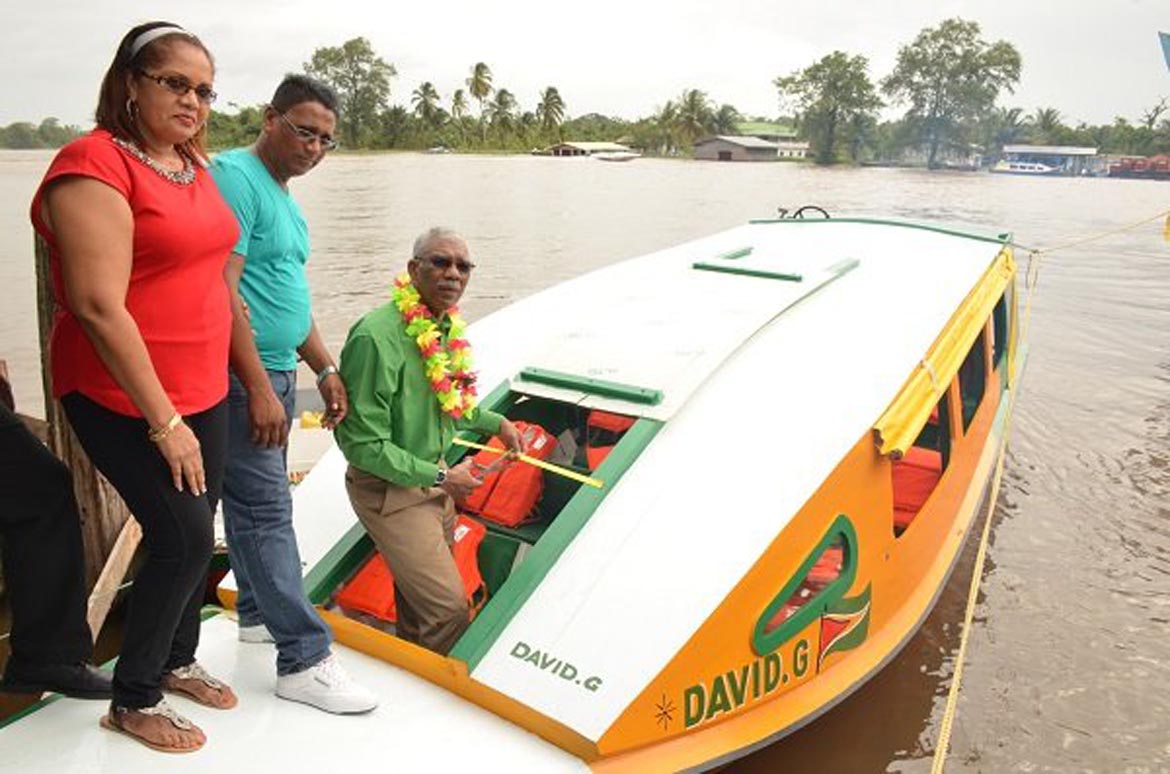 President Granger commissioning the ‘David G’ V, today, as Kumar Lallbachan, who donated the boat, and his wife Hardai Lallbachan look on.

“That is the spirit of [being] Guyanese… Giving these boats is a public good… it is not a matter of supporting one party or another party… I want to see that we as a community, not as a government, not as a political party, as a community, let us take responsibility to ensure that all those children get to school,” he said.

Speaking on the need to reduce inequalities, he said, “If children in one part of the country can get to school, if children can get access to a good education, to meals, transportation, it means that all other children must get similar access. We can’t do it overnight but we can’t have any children being left behind.” 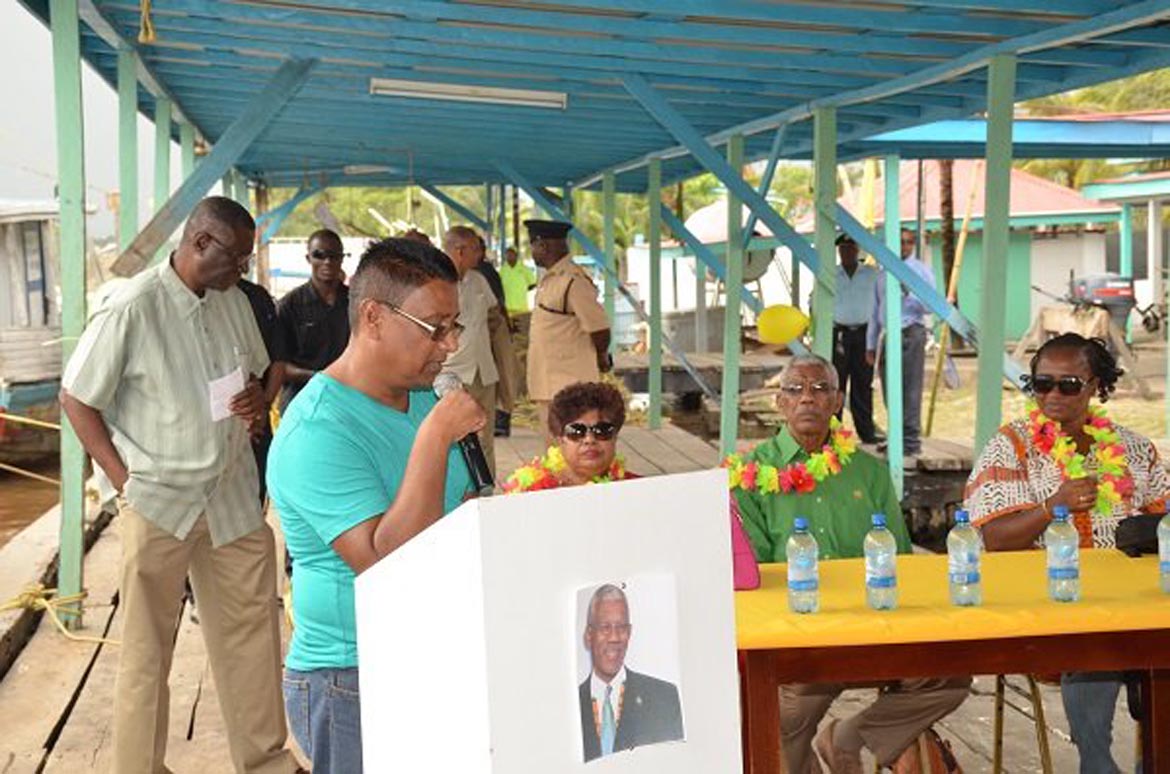 Fisherman and Businessman in Region 2, Kumar Lallbachan, who donated the boat, speaking to the small gathering that witnessed the commissioning of the boat.

The President emphasised that the development of Guyana is hinged on his Every Child in School Policy. “I am sure if Guyanese got their children to school this country would turn around in no time at all. Poverty would be eliminated. Inequalities would be removed. We’d have roads; we’d have bridges; we’d have culverts; we’d have better airports, stronger regions if we had an educated population. Right now more than 4000 children drop out of school every year. As President, I cannot have that,” he said.

Meanwhile, Minister of Social Cohesion, Amna Ally, who has been instrumental in organising the ‘Three Bs’ programme, said that the response from the business community has been significant. “Many people are excited with the coming of David Granger as President of this country and they are enthused about his programme… I think this has really caught on [with] many of the Guyanese business people and they have been coming forward very excited about the programme and really wanting to contribute,” she said. 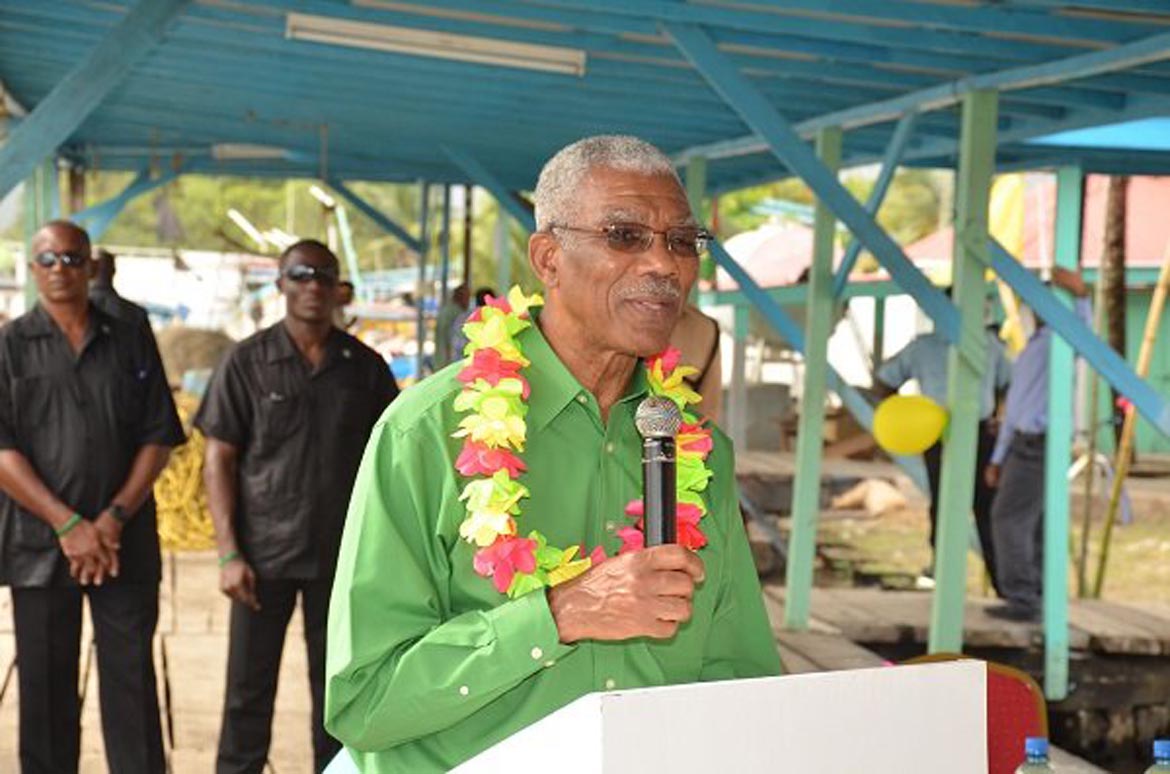 The Minister explained that the boat that was commissioned today is intended to serve the children of the Upper Pomeroon. Previously a smaller boat had been commissioned for that area, but it was too small to meet the needs of those communities. That boat has since been sent to serve communities in the Demerara River in Region Ten.

Minister Ally indicated that the programme is continuing to grow even as Government calls on more Guyanese and businesses to come on board. Another boat, the David G VI, will soon be commissioned for the Canje River. Under the programme also, bicycles have been donated to children in Lethem, Region Nine and Sophia in Georgetown, while children in Mabaruma are expected to soon benefit from similar donations. Additionally, the Minister said that a number of buses will be commissioned in January 2016, under the programme.

The ‘Three Bs’ initiative was born when President Granger visited the Pomeroon and a father told him of the high cost of getting his children to school at Charity by boat. Following that the President on his birthday, on July 15, 2015, called for school boat donations to ensure children can get to school.

The David G V cost $1.4 million to be constructed and Mr. Lallbachan coordinated with three other businessmen from the area to purchase the outboard engine.

Message of His Excellency Brigadier David Granger, President of the Cooperative Republic of Guyana, to celebrate Christmas 2015