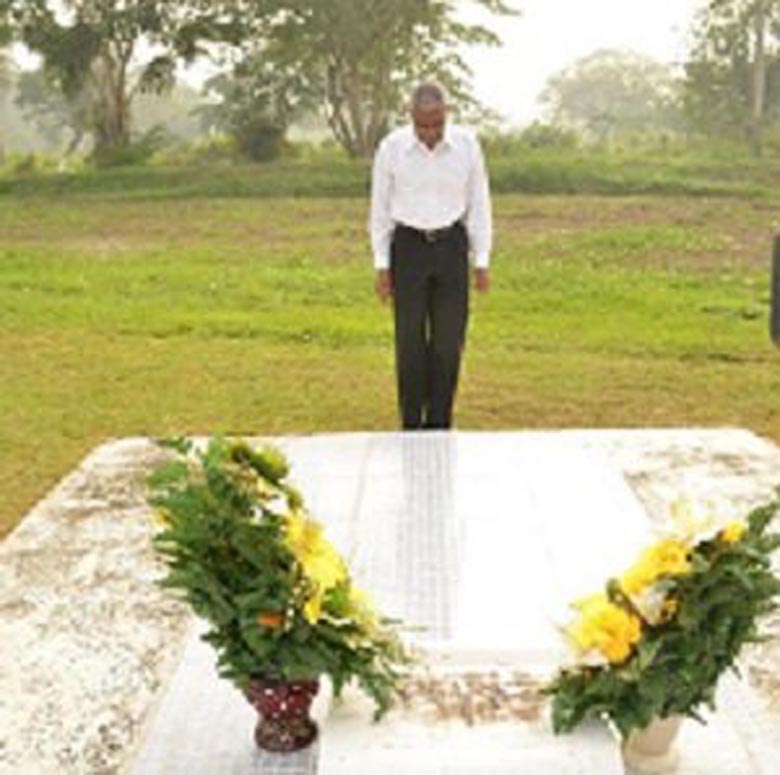 Georgetown, Guyana-(December 22, 2015) President David Granger has described Former President Hugh Desmond Hoyte, S.C. as an example of selfless service to the people of Guyana and a man who possessed an acute awareness of the need to change the direction of the country, which verged on the brink of bankruptcy.

“Guyana remembers Desmond Hoyte, its second executive president, a patriot, with affection and respect,” President Granger said, in his address at a simple ceremony held this morning at the Botanical Gardens to commemorate Mr. Hoyte’s 13th death anniversary.

At the time of the General Elections of December 1964, Guyana was stagnant after seven years of mal-administration, the Head of State said, noting that the country was financially bankrupt, economically backward and socially broken. 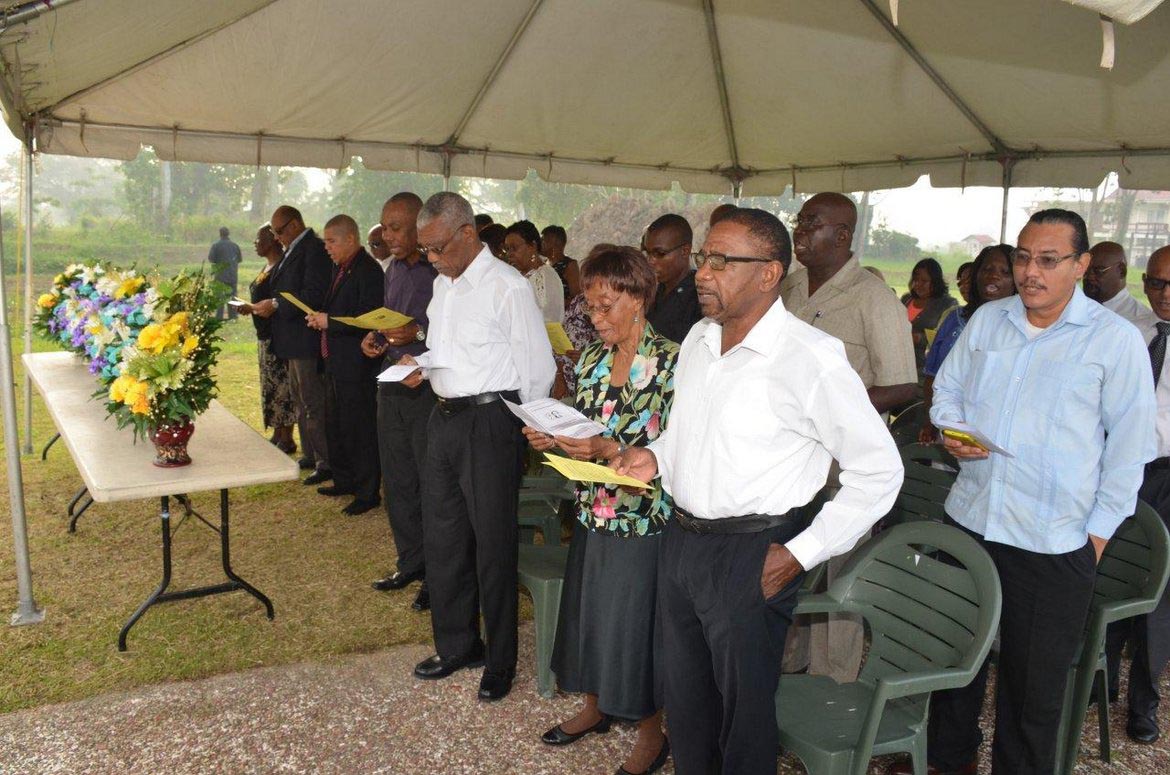 From right: Former Leader of the Opposition, Robert Corbin, President David Granger and Ministers at the Commemoration of the 13th Death Anniversary of Former President, Hugh Desmond Hoyte

Mr. Hoyte served faithfully at the President Burnham’s side, ascending to the Office of Prime Minister and later to the Presidency; making him a part of the continuum even as it prepared him to confront the challenge of change, President Granger said.

“His execution of the portfolios as Minister of Home Affairs, of Finance; of Works and Communications; of economic development and of regional development was an education in national leadership and international statesmanship. Desmond Hoyte – during his presidential septennium from 1985 to 1992 – was able to employ this considerable experience, to deploy his personal expertise and to apply his abundant endowments and talents in the highest executive office. He continued to build on the foundation of the previous twenty-one years,” he said.

Hoyte’s tenure as President of Guyana coincided with the eclipse of the world socialist system to which Guyana subscribed. To this end, he positioned Guyana to take advantage of the economic reforms that swept the western hemisphere in the last decade of the 20th century, the President said.

“He promoted sustainable development and the protection and preservation of the environment. He opened the door to the shared governance which facilitated coalition-based alliances. Desmond Hoyte, today, remains an exceptional example of selfless service to the people of Guyana. His courageous economic choices have now become part of economic orthodoxy. His legacy is unassailable,” President Granger said. 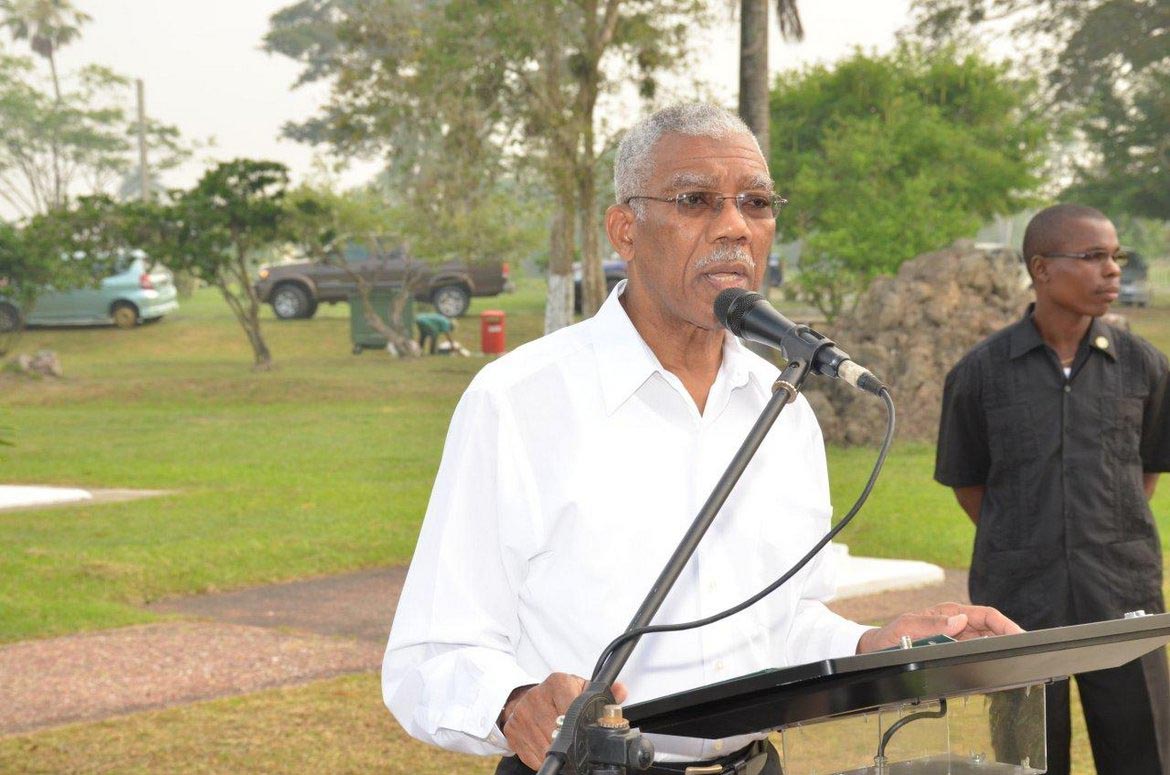 His Excellency, President David Granger addressing those gathered at the Commemoration service at the Seven Ponds, Place of Heroes, Botanical Gardens this morning.