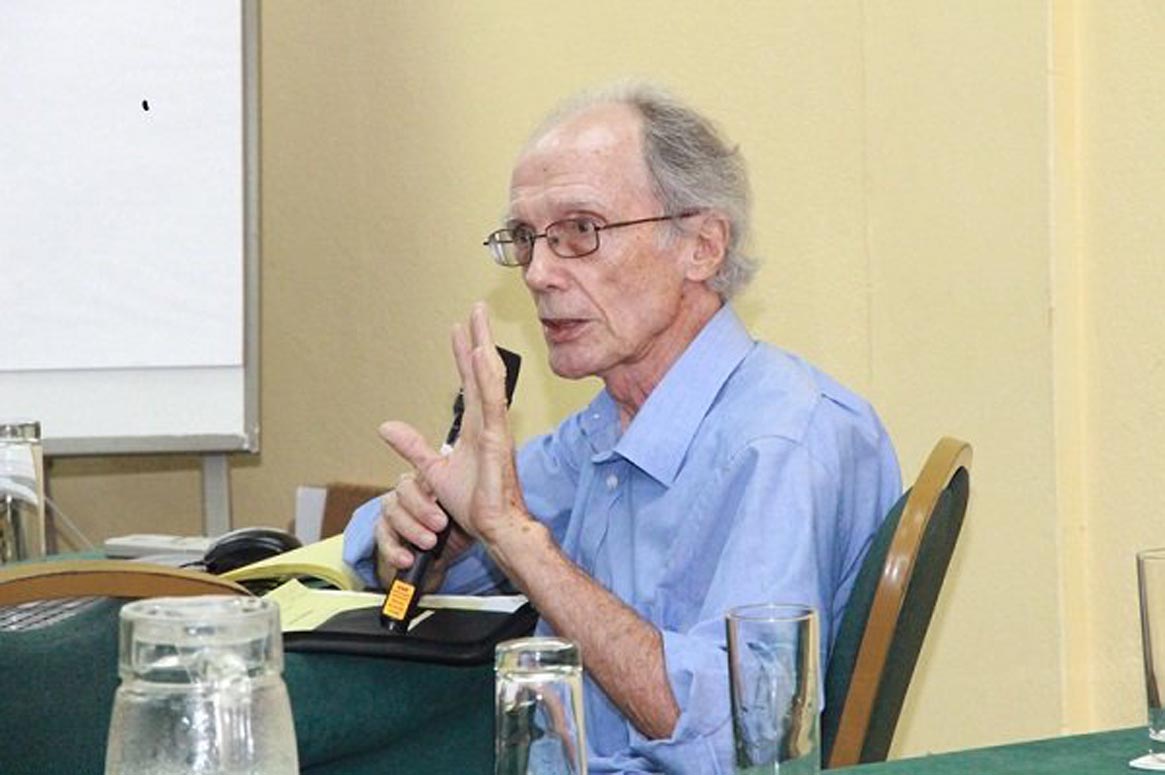 Georgetown, Guyana – (December 21, 2015) The Department of Natural Resources and Environment (DNRE), today, hosted its first technical working group meeting with stakeholders and members of civil society on the Extractive Industry Transparency Initiative (EITI), which is a globally recognised governance framework for the natural resources sector.

Minister of Governance, Mr. Raphael Trotman, who has responsibility for Natural Resources and the Environment, in his opening remarks to the participants at the meeting held at the Cara Hotel, said the initiative must be described as a global governance structure.

According to Minister Trotman, in 2013, Guyana´s then government joined the ranks of those States pledging their commitment to implementation. In 2015, the new administration, through the Department of Governance, Natural Resources and the Environment, recommitted to this process recognising that normal channels of public accountability are often lacking in resource-dependent countries because the government has an autonomous source of revenue. This recommitment is the demonstration of a national declaration to good governance that embraces reform of current ways of operation, and anti- corruption compliance.

Head of the Guyana Human Rights Association, Mr. Mike McCormack, makes a point during the meeting.

“It is recognised as the definitive structure for transparency when it comes to the handling of natural resources. The business of the EITI is to strengthen public and private systems which touch and concerns a nation’s extractive industries and the wealth emanating therein. This strengthening of systems seeks to create transparency, accountability, public involvement in the debate and ultimately better involvement of the nation’s wealth,” Minister Trotman said.

These ideals, he said, are to be achieved within a governance context of working together; government, civil society and industry combine efforts to realize the best of what is intended for democratic states, in particular, improved levels of development for their citizens.

“The EITI constructs, facilitates and guides this process of collaborative governance and resource management, by working with the State and the multi-stakeholder group to achieve something we may boldly call transformative,” the Minister said.

Pointing out the importance of the Initiative in Guyana, the Minister of Governance said that the Government can benefit from following an internationally recognized transparency standard that demonstrates commitment to reform and anti-corruption, and leads to improvements to the tax collection process and enhanced trust and stability in a volatile sector.

He also noted that companies will benefit from a level playing field in which all companies are required to disclose the same information.

“They also benefit from an improved and more stable investment climate in which they can better engage with citizens and civil society. Citizens and civil society benefit from receiving reliable information about the sector and a multi-stakeholder platform where they can better hold the government and companies to account. Energy security is enhanced by a more transparent and level playing field. This increased stability encourages long-term investment in production – and thus improves the reliability of supply,” he said. 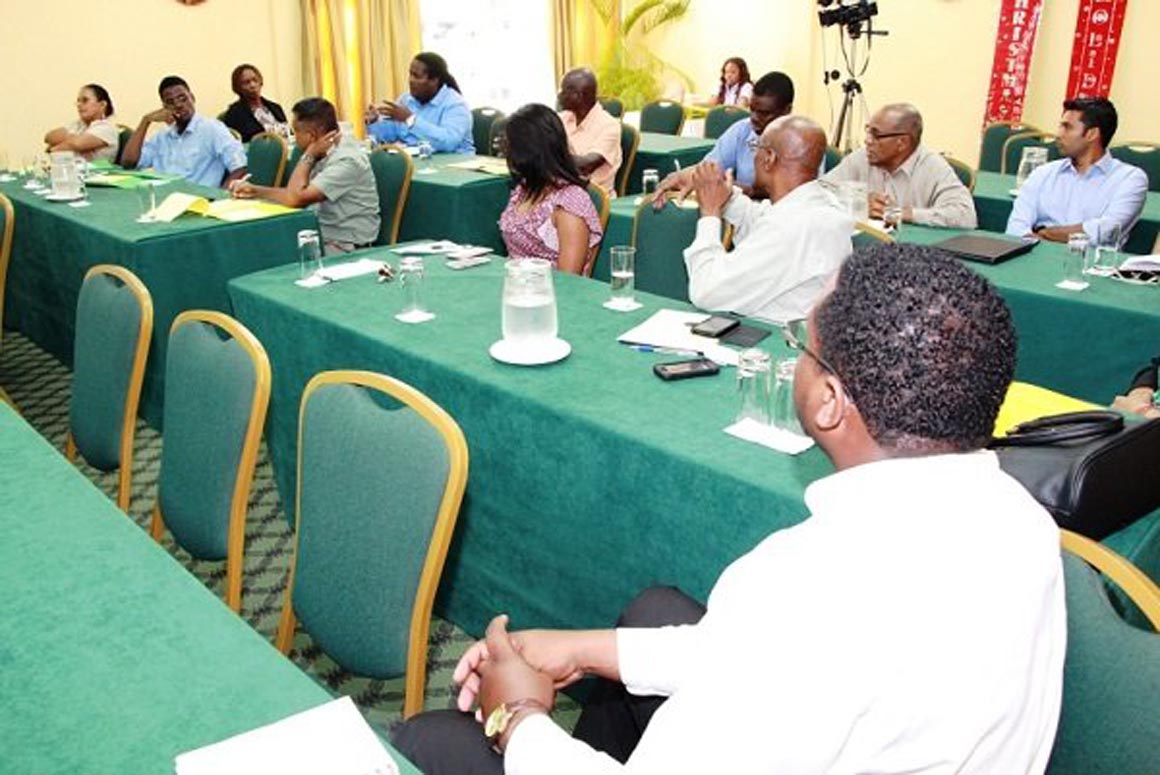 Stakeholders at the EITI Technical Working Group meeting, held this morning, at the Cara Lodge.

Minister Trotman relayed that Guyana’s immediate work is to fulfil the mandates of the application process to become an EITI Candidate.

“We have completed the first two steps in this process with the commitment of Government, and the selection of the high level and working level focal points being myself as Minister of Governance, and Ms. Tamara Khan, Governance Officer at the DGNRE. The third step we begin with today’s meeting; the establishment of a Multi- Stakeholder Group which will support the final step of the creation of an agreed work plan in keeping with reporting and validation deadlines of the EITI Board. The first round of capacity building required to get the group through this latter step before an application can be submitted, is likely to come in January 2016 when our sister CARICOM country Trinidad and Tobago’s EITI and the EITI Secretariat themselves conduct various working sessions for this group which we are initiating today,” the Minister of Governance disclosed.

Head of the Guyana Human Rights Association, Mr. Mike McCormack, who has been playing an instrumental part in the launch of the initiative, said that getting key stakeholders and civil society involved, was of paramount importance to the success of the initiative. To this end, the Department is looking at having five representatives from the Government side, five representatives from the industry and seven representatives from civil society. The following persons have been identified as the interim Civic team on the EITI: Mr. Larry Carryl, Dr. Mellissa Ifill, Ms. Gomin Camacho, Mr. Mike McCormack, Ms. Jocelyn Dow, Mr. Paul Atkinson, Mr. Curtis Bernard and Ms. Sharon Atkinson (alternate for Mr. Paul Atkinson).

The next meeting is planned for mid-January.