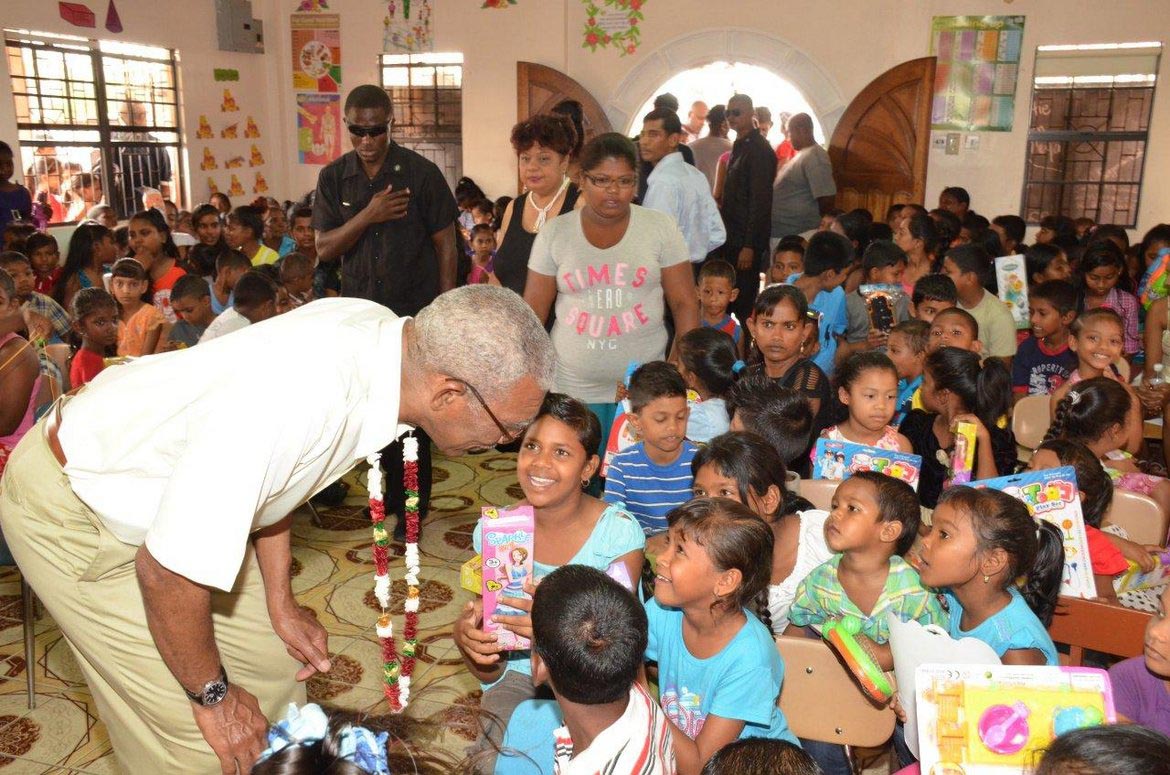 Georgetown, Guyana – (December 20, 2015) In keeping with a promise he made to the residents of Lusignan, President David Granger today handed over a $2M cheque to the Good Hope-Lusignan Learning Centre to support its work in 2016.

The President made the presentation during a visit to the Centre to spread holiday cheer to children in the community. He was accompanied by Minister of Social Cohesion, Ms. Amna Ally, and Minister within the Ministry of Public Infrastructure, Ms. Annette Ferguson.

A brave little girl engages President David Granger’s full attention, while the others look on, during his visit today at the Good Hope-Lusignan Learning Centre. 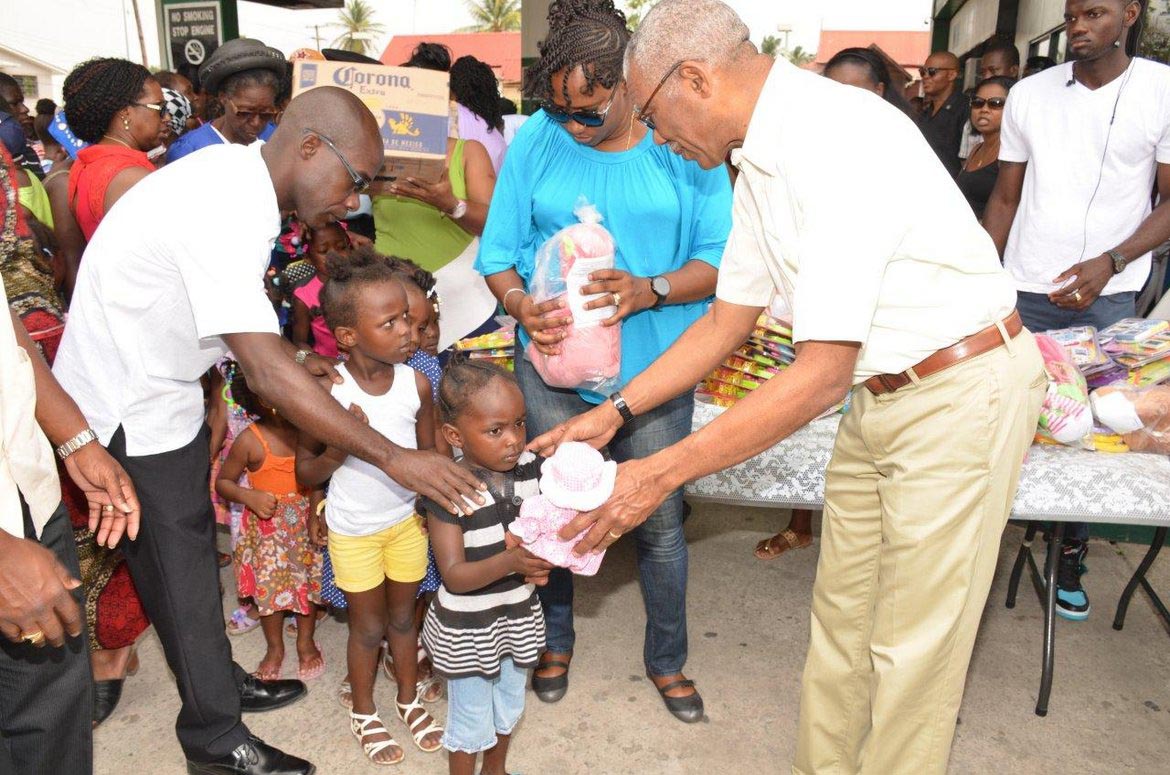 Little girls queue up to receive a Christmas gift from President David Granger, who was being assisted by Minister within the Ministry of Public Infrastructure, Ms. Annette Ferguson to distribute toys at Buxton

President Granger also assisted in the distribution of toys to hundreds of children from Lusignan and its environs, as well as at Buxton-Friendship. At both locations, he encouraged residents to continue to maintain an atmosphere of peace and goodwill as Guyanese prepare to celebrate Youman Nabi on Thursday and Christmas on Friday.

At the Wilson Gas Station tarmac in Buxton, the President thanked Morris and Jocelyn Wilson, who for several years have been instrumental in ensuring that children in that community experience the joy of the festive season.

He also spoke of the importance of family, saying that it is for this reason that he made the decision to pardon 11 mothers from the New Amsterdam Prison. The women, who were imprisoned for non-violent, non-drug related crimes, will be released to their families tomorrow. 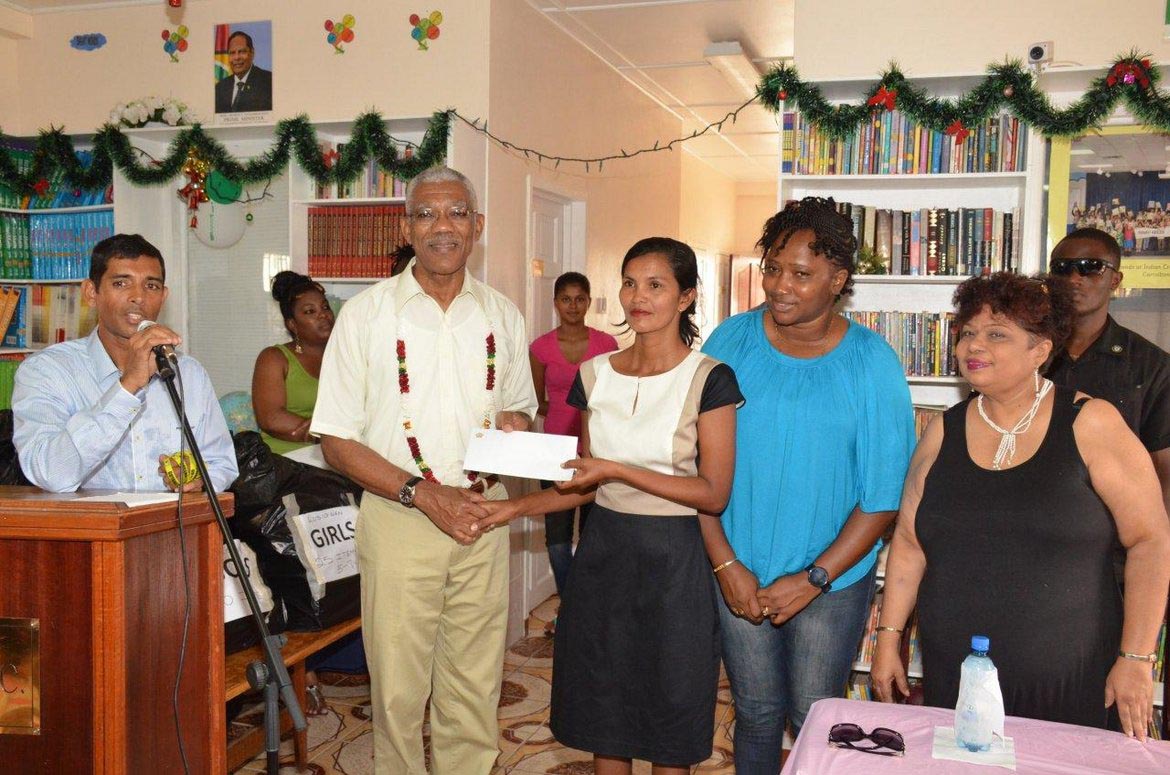