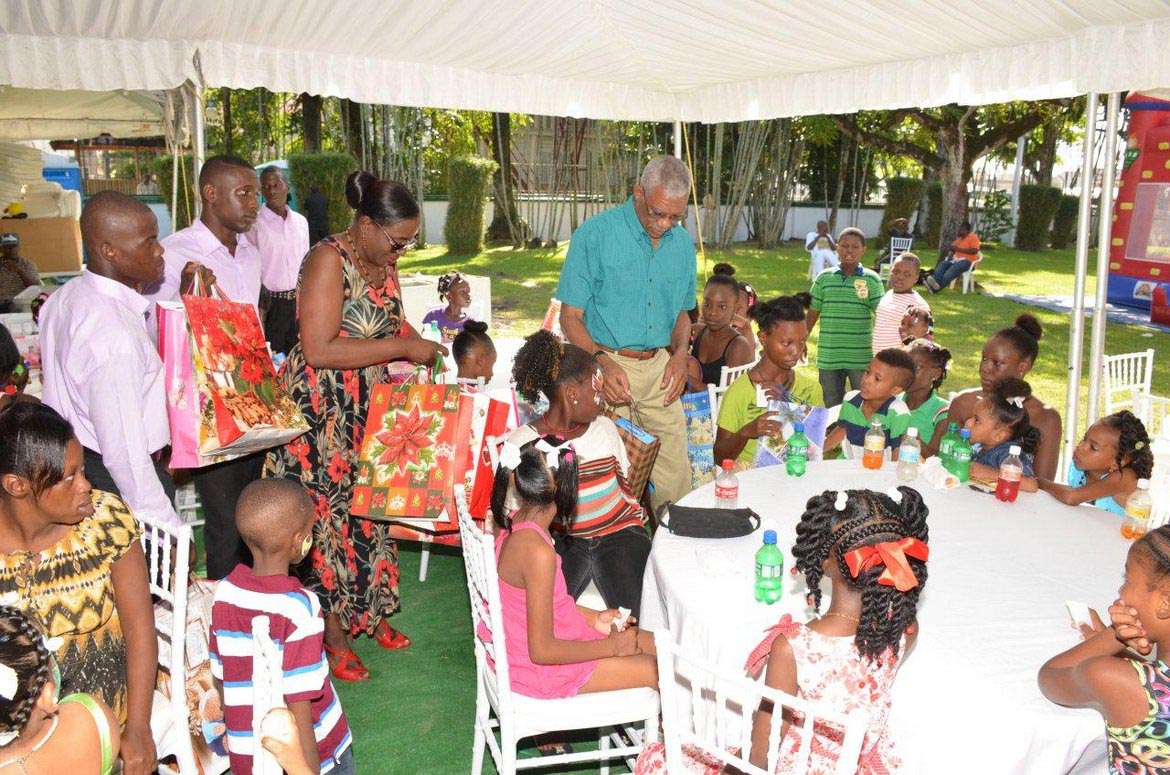 Georgetown, Guyana – (December, 19 2015) First couple, President David Granger and First Lady, Mrs. Sandra Granger brought together more than 350 children from around Georgetown, earlier today, for a time of merriment at the annual Christmas party hosted on the lawns of State House.

The children, who were drawn from all 15 wards in the capital city, were feted with an afternoon of, singing, music, food and other goodies.

The event was coordinated jointly with the Ministry of Social Cohesion and featured face painting booths, a bouncy castle and other forms of entrainment, much to the children’s delight. Even more delightful for the children, was being served with their meals by the President and the First Lady.

President David Granger and Minister within the Ministry of Education, Ms. Nicolette Henry, share Christmas gifts to the children

The couple wished the children a merry Christmas, and President Granger reminded them that as they eat and make merry during the season to take time to give thanks and to always remember that Christ is the reason for Christmas. Referencing the story of Jesus’s birth, the President said while Christmas is a time to eat, drink and be merry, it should also be a time to reflect on Christ, his birth and teachings.

Meanwhile, Minister of Social Cohesion, Ms. Amna Ally, in an invited comment said the event was successful, noting that while the party only targeted children from the city, efforts were made to ensure that a wide cross section of communities, including vulnerable children, were reached. Other government ministers including, Ms. Simona Broomes, Ms. Annette Ferguson and Ms. Nicolette Henry all came out to have a good time with the children at the party. 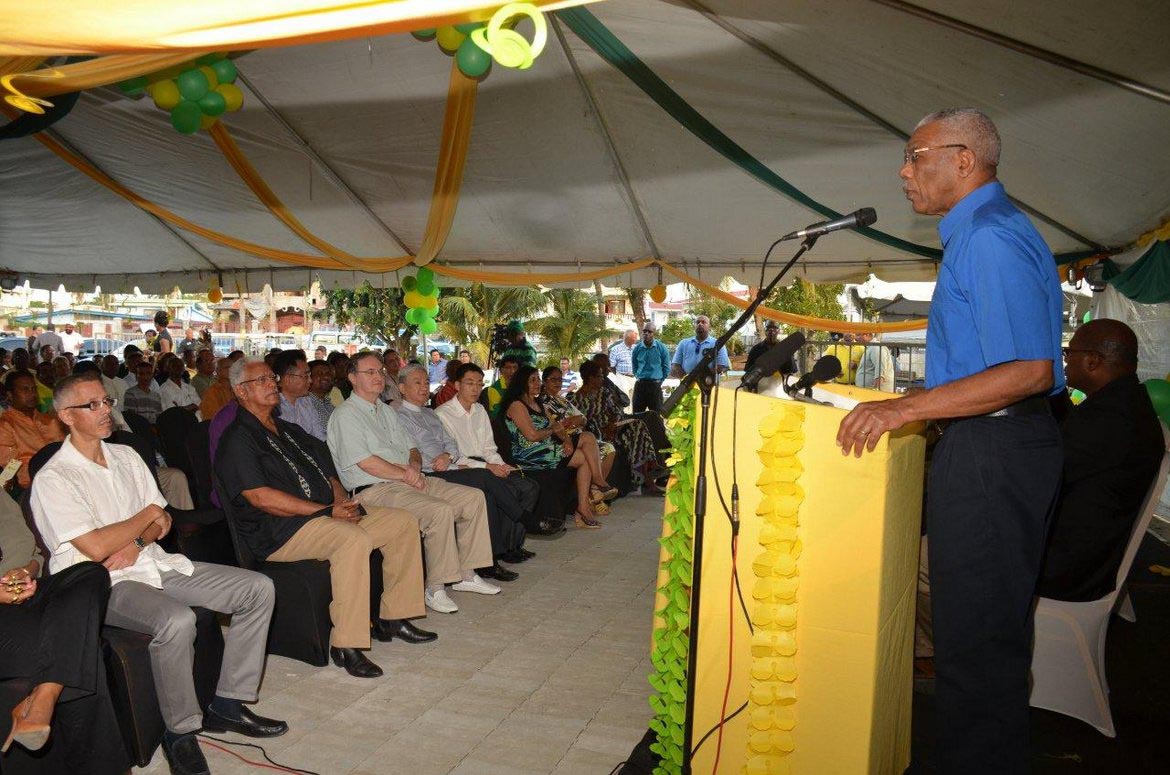