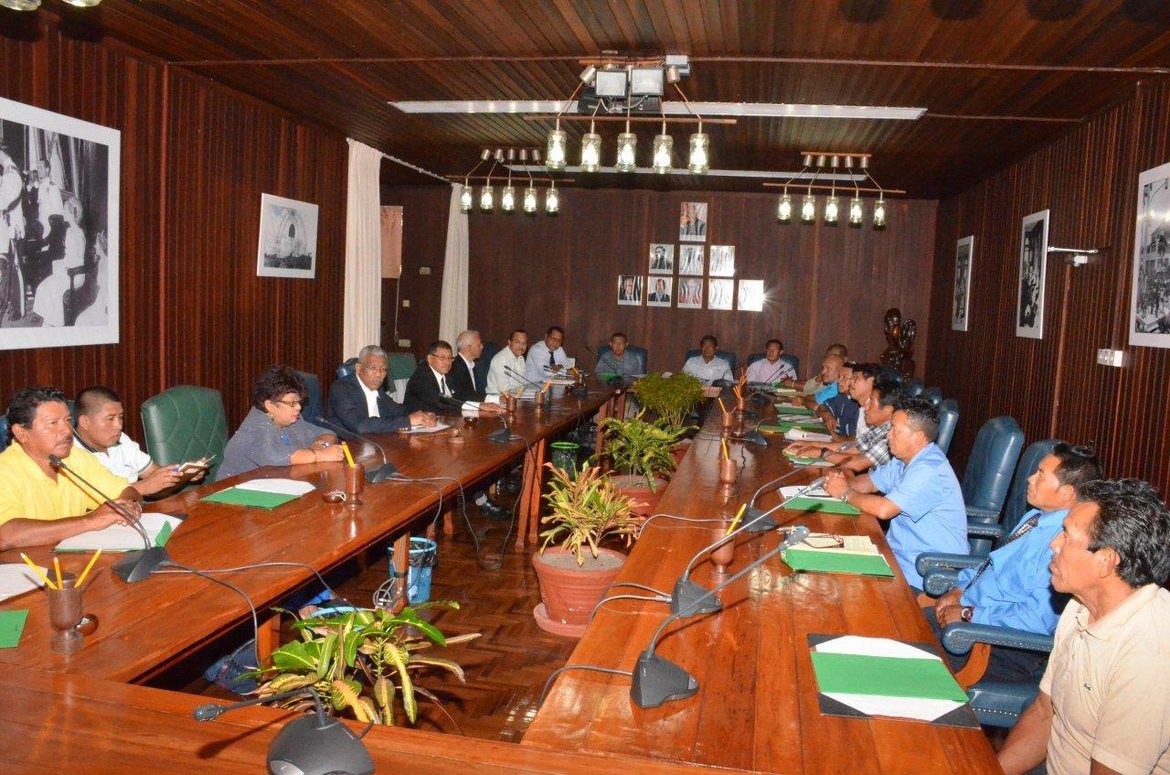 The Toshaos, led by Mr. Casey Hastings from Kako Village, Upper Mazaruni, said that problems in the mining sector, security, especially at the border, and education were among the most pressing matters the group raised with the President his Ministers, during the meeting at the Ministry of the Presidency.

“We have been raising these issues over and over in the past and now we felt that it is time to present them to the President…he promised to investigate them further and take action,” Mr. Hastings said.