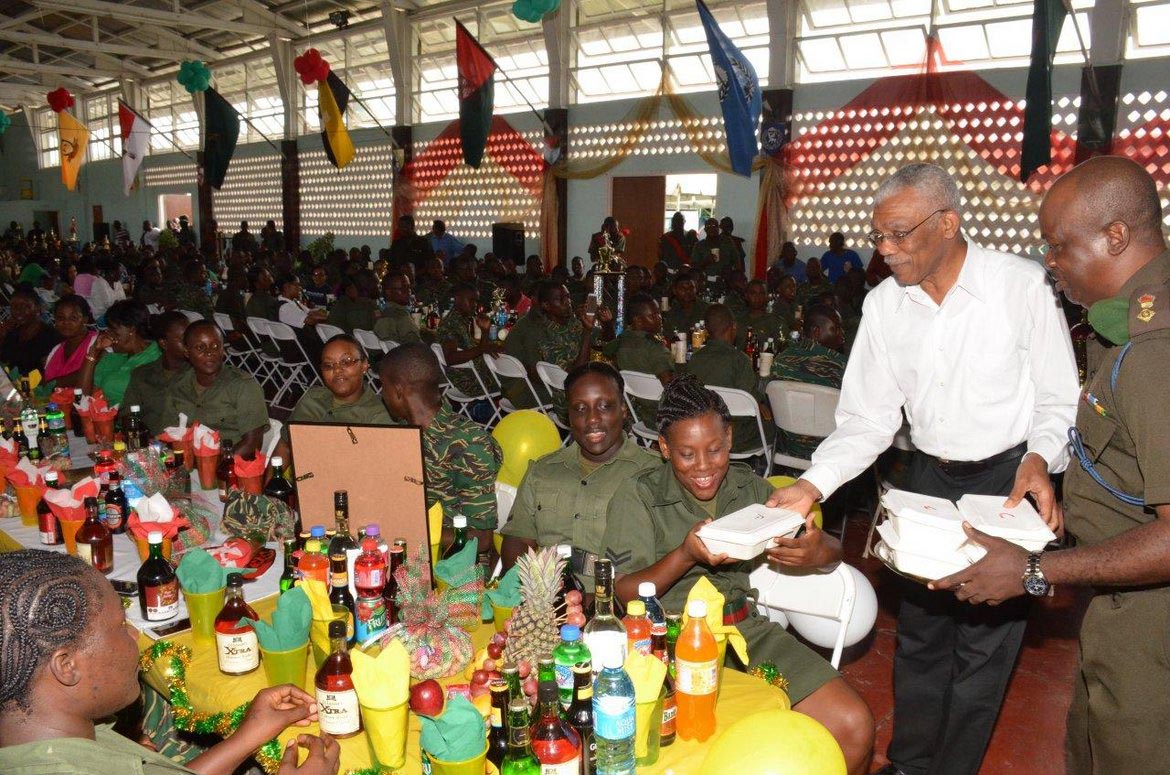 Georgetown, Guyana – (December 18, 2015) President David Granger, today, thanked the members of the Guyana Defence Force (GDF) for their service to a grateful nation, on behalf of all Guyanese. The President, was at the time, speaking at the GDF Headquarters, Base Camp Ayangana, where officers and ranks were gathered for their Christmas lunch.

Referencing the role Venezuela played in the Rupununi Rebellion and the attempt at the occupation of the New River area by Suriname in 1969, the President celebrated the role the GDF has played in protecting Guyana’s territorial integrity. Additionally, the President noted that the army demonstrated their operational capability and ceremonial excellence with Operation Greenheart and their ceremonial displays during their 50th Anniversary celebrations. 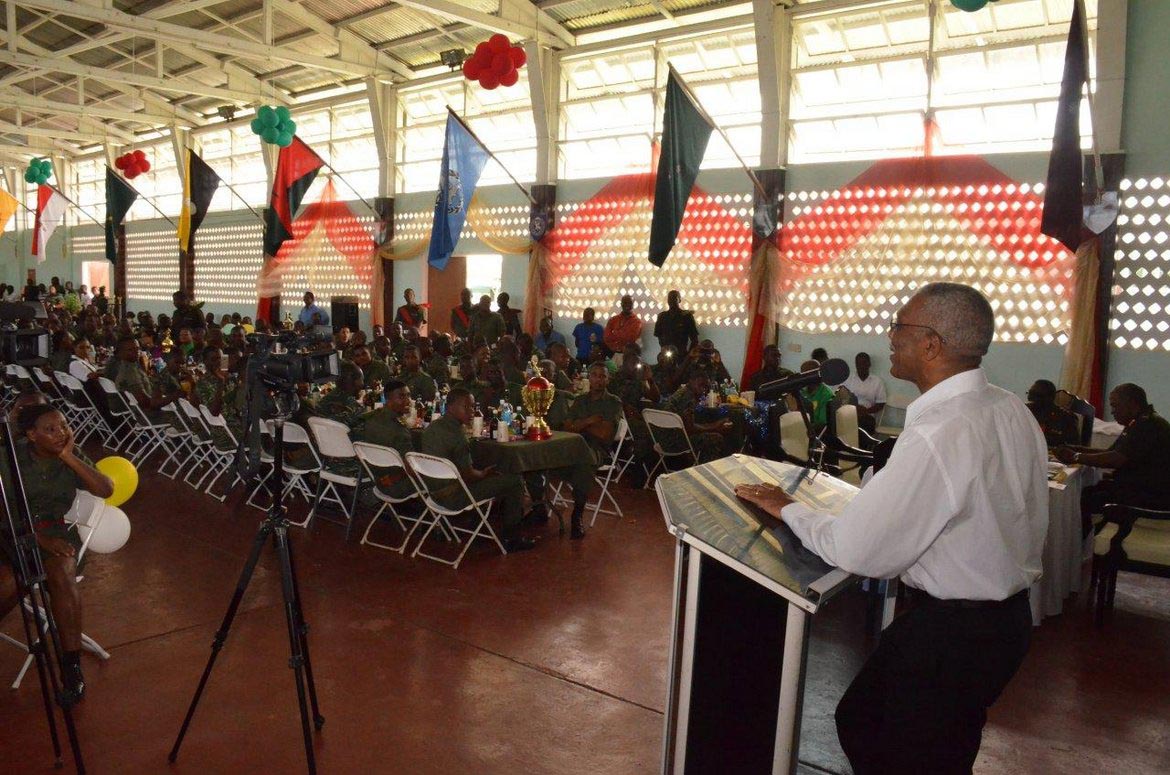 Still, the President used the opportunity to push them to higher heights. “Next year we will be celebrating our 50th Anniversary of Independence and I look forward to a higher level of performance by you the members of the GDF”, he said.

The President’s presence at Camp Ayangana today, was another walk down memory lane for him. As a member of the GDF, the Commander in Chief noted that he spent the first 24 years of his marriage life, living at Camp Ayangana, and as such the location is home to him.

Chief of Staff of the Army, Brigadier Mark Phillips took the opportunity to tell the President that the GDF is appreciative of his chairmanship of the Defence Board. He said, “As our nation celebrates Christmas, let me assure you that the GDF will remain steadfast and operationally ready in the defence of and the security of the entire Guyana.”

Also speaking at the event, Base Camp Commander, Lieutenant Colonel, Mark Thomas said that the members of the GDF are extremely proud of the President’s achievements.