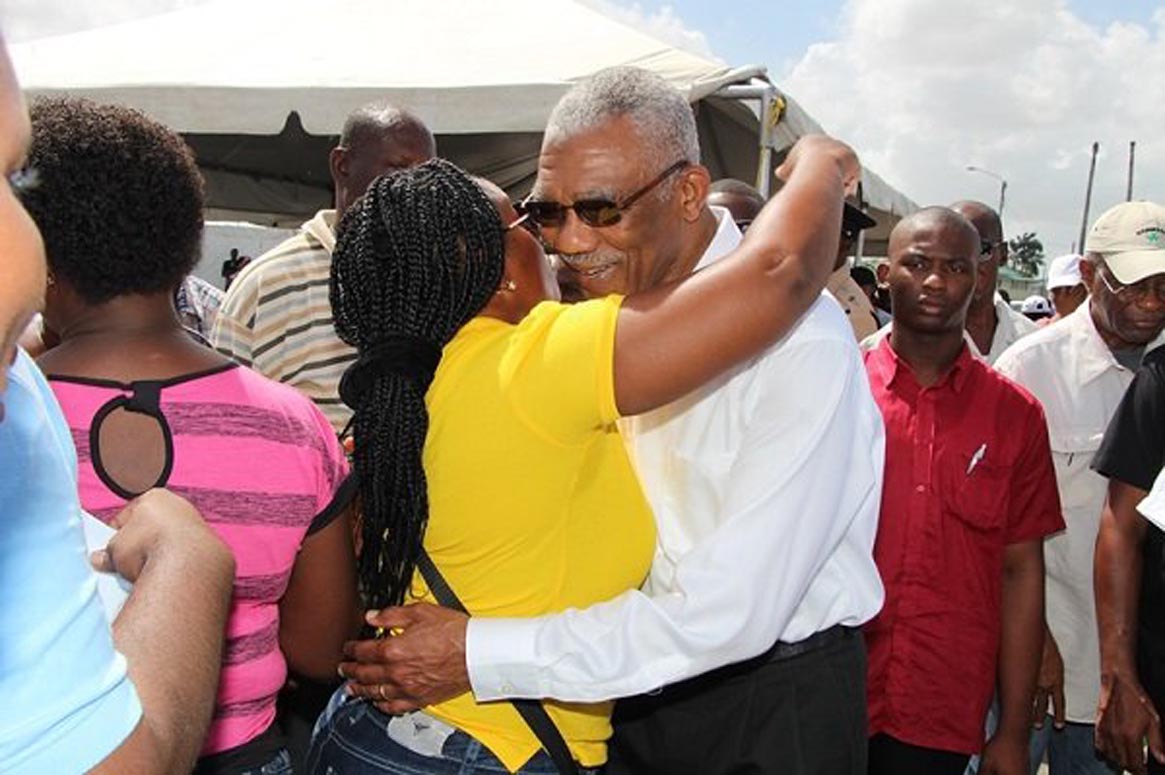 Georgetown, Guyana – (December 17, 2015) President David Granger again pledged that his Government will work in pursuit of a good life for the people of Guyana, since they deserve an administration which cares for their well-being, in his address this morning at the premiere ‘Public Day’ forum organised by the Ministry of the Presidency, at the Square of the Revolution.

The President said he has already seen a difference in the approach being taken to the people, in just a about a year.
The objective of ‘Public Day’ is to provide citizens with an opportunity to raise matters of concern or issues they wish to have addressed with Government, in keeping with the President’s campaign promise to ‘take the Government to the people’.

“What we are doing here today is what we promised to do last year and the year before; that is, being the government of the people. We want to solve your problems, we don’t have a lot of money, you know the situation that we found with sugar, you know the situation we found with our borders, the situation we found with the city, you know the situation that we found with the economy, but what we are trying to do is solve the problems that are affecting individuals…,” President Granger told the large gathering.
He further informed that the activity was not to upset the Ministerial system or the Government system, but to bring “the government to the people by finding out what your needs are and helping you to solve your problems….You are citizens of Guyana and if we don’t deal with you, who will deal with you? If we don’t look after you, who will look after you? So let us continue these exercises, let us try to solve problems,” he said.

This exercise, which will be hosted once every month, will not only cater to citizens in Georgetown and its immediate environs, but will be taken to every town, he said.
“So, this is one of the series of exercises that will be taking place in other parts of the country… as we go through the next five years. The important thing is that at the end of the day, every Guyanese citizen must feel that he belongs to a country; he belongs to a Government, to a community, to a society which cares about him or her. So today, this is not a superficial exercise, this is not ornamental, it is not here to catch the press; it is here to deal with you… You will see us in New Amsterdam, you will see us in Linden, you will see us in Anna Regina, but the whole idea is that we as Guyanese must know that we have a Government that listens,” the President said.

His Excellency, President Granger receives an embrace from a citizen who was at the Public Day event this morning 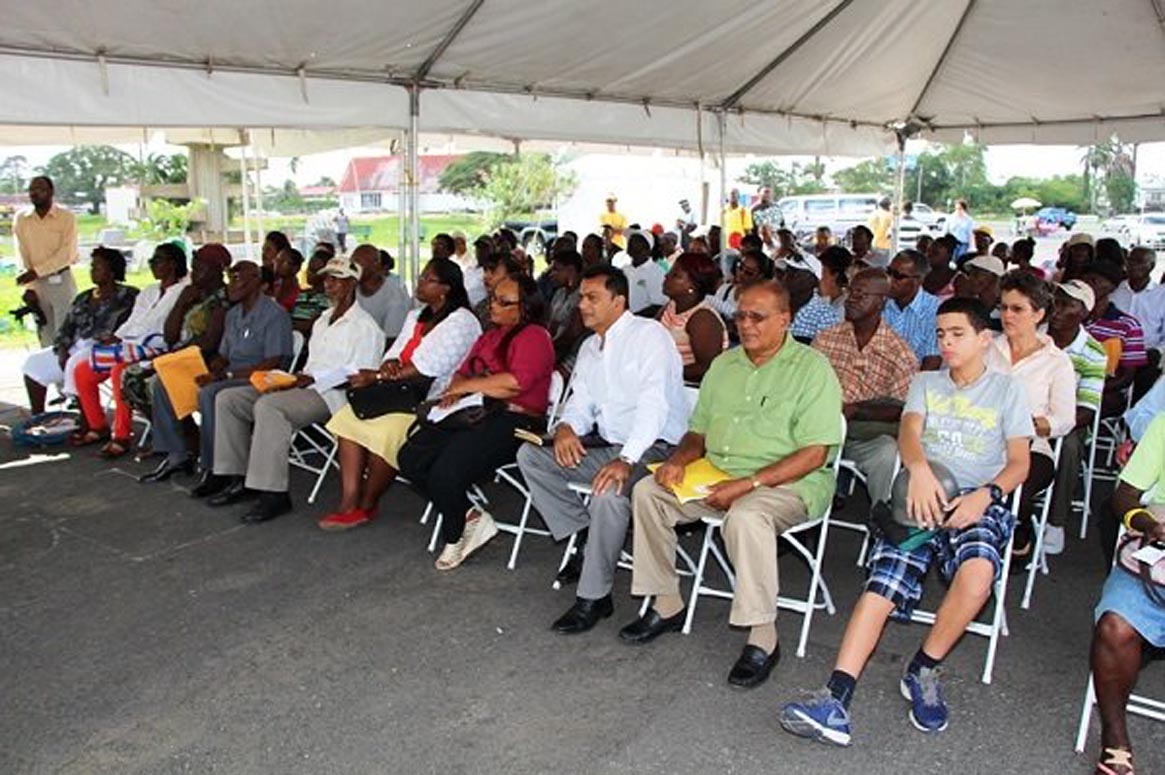 Noting that one year ago, he was on the picket line advocating for the rights of the people and for their voices to be heard through the holding of the long-overdue Local Government Elections, President Granger said that it is indeed amazing to see what has been accomplished in a year for the people of Guyana.

“A year ago I was on the streets picketing what was then Office of the President, calling for Local Government elections, but today you are on the streets solving problems. What a difference a year makes and we are here to solve your problems,” he said.

The ‘Public Day’ forum, which was held from 09:00hrs to 13:00hrs, saw attendance from Minister of State, Mr. Joseph Harmon; Minister of Citizenship, Mr. Winston Felix; Permanent Secretary of the Department of Public Service, Mr. Reginald Brotherson; Legal Advisor to the Ministry, Mrs. Geeta Chandan-Edmond, representatives from the Ministry of Social Cohesion, Immigration Office and the Public Service Department.

The activity is expected to be held every month.