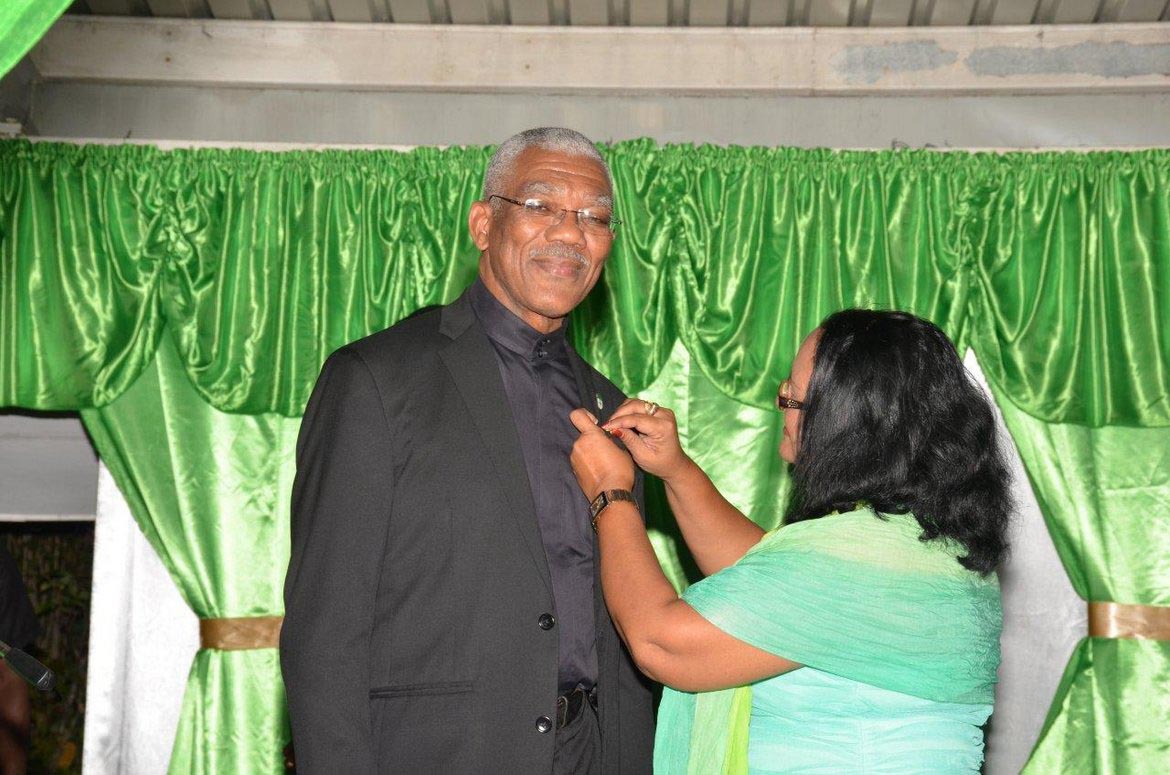 Georgetown, Guyana – (December 16, 2015) President David Granger has said only trained teachers should enter the education system and, over time, even they must upgrade their qualifications, in his keynote address at an award ceremony organised by the Guyana Teachers Union (GTU) to honour a few stalwart educators, both retired and serving, for their sterling contribution to the nation’s children. The event was held last evening at the Georgetown Club.

In his address, the President said there can be no place for untrained teachers in the education system and even trained teachers must undergo some level of retraining to upgrade their skills so they can keep up in an environment that is constantly changing as a result of technology.

“Teachers need to be resilient. ‘Chalk and talk’ have been replaced by ‘quick and click’ technologies. Teachers must be resilient in the way teaching and learning takes place within the classroom. It will also
transform the role of the teachers, to be innovators rather than mere instructors,” President Granger said.

The President noted that the country’s education system is in a state of crisis as shown in the underperformance of a large percentage of students at local and regional assessments and examinations. This year alone, more than half of the students who wrote English A and Mathematics at the Caribbean Secondary Education Certificate (CSEC) level failed to obtain passes between Grades One and Three. The results are similar with the National Grade Six Assessment (NGSA). He said that reversing this situation is one of the education system’s main challenges.

The retention of trained teachers is another issue that needs urgent attention. The President lamented that there is a shortage of teachers in many schools, particularly in the hinterland. Information from the Teaching Service Commission (TSC) revealed that from 2009 to 2015, an average of 151 teachers have been dismissed annually. This situation is further compounded by the number of annual retirees as well as resignations.

“This means that, each year, an average of 286 teachers leave the teaching profession owing to retirement, resignation or removal for administrative or disciplinary reasons,” he said.

The President also condemned the indiscipline and inappropriate conduct demonstrated by some teachers over the years. “Such conduct has no place in the teaching profession. It is a challenge that must be confronted,” he said.

On the issue of retaining trained teachers, President Granger urged the GTU to submit a memorandum to the Lutchman Commission of Inquiry detailing their recommendations to improve the conditions of service of teachers. He said that teachers must enjoy conditions of service and benefits that would attract recruits into the system and retain existing teachers. He also spoke of the need to re-examine the age of retirement of teachers.

Meanwhile, President of the GTU, Mark Lyte in his remarks said that teachers who were awarded are those who went above and beyond the call of duty to enhance their students’ performance. “The GTU admires your determination and hard work and implore you to work even harder,” he said.

Technical Advisor to the Education Minister, Vincent Alexander congratulated the awardees and reminded them that the sector in which they serve is arguably the most important in the country.

Teachers who received awards were drawn from nursery, primary and secondary schools from across the 10 administrative regions in Guyana. The ceremony was held under the theme, “Empowering Teachers; Building Sustainable Societies.” 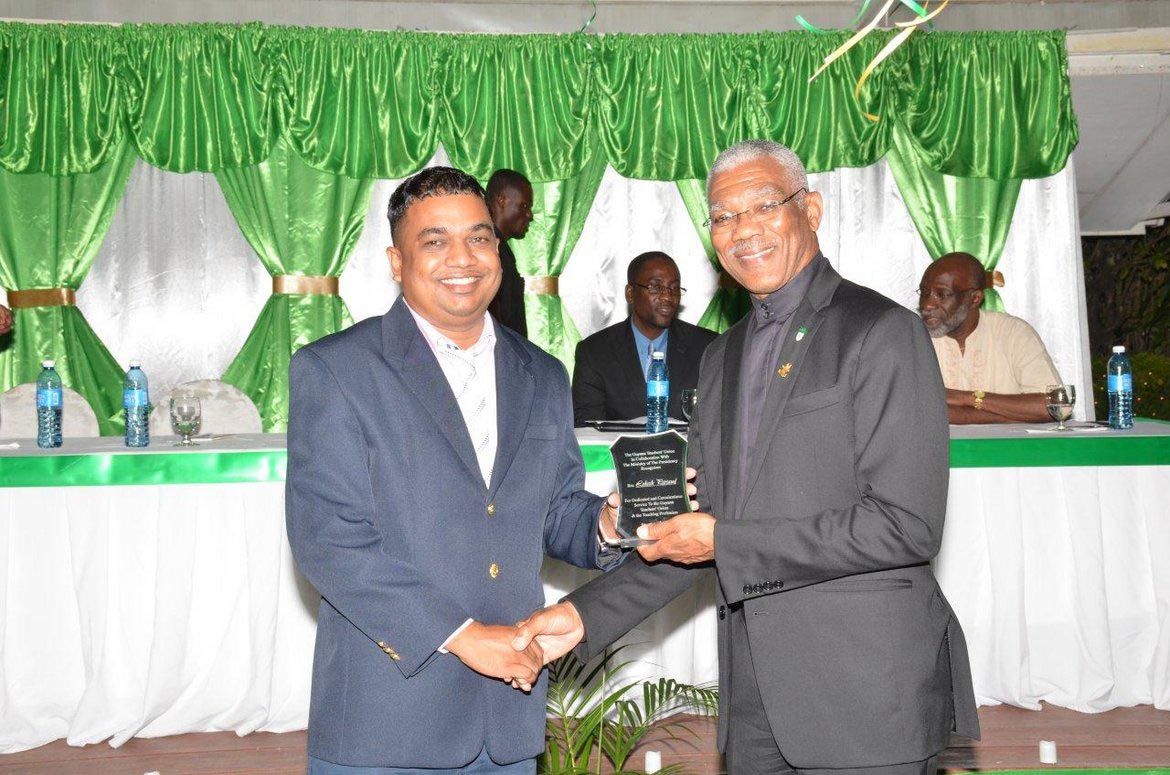