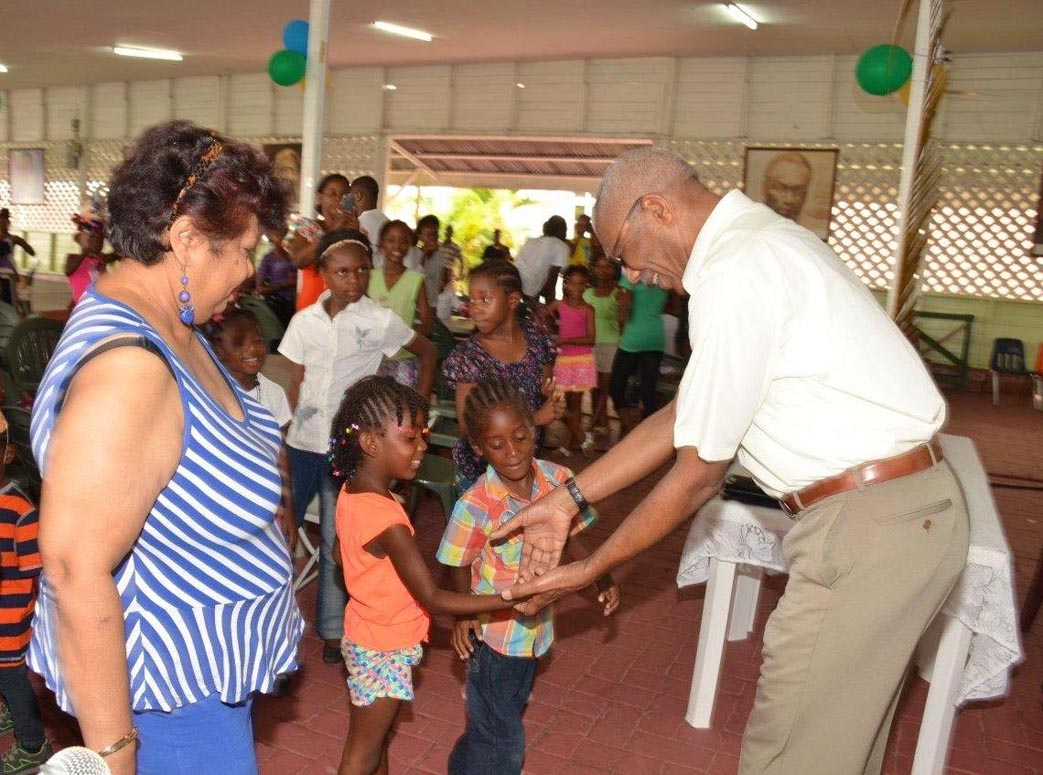 The President handed over the bicycles, donated by Mr. Komal Singh, Managing Director of GAICO Construction Incorporated to the ‘Boats, Bicycles and Buses’ (three Bs) programme managed by the Ministry of Social Cohesion. Mr. Singh said he was pleased to be associated with and support the ‘three Bs’ initiative, which affords every child the opportunity to attend school.

Meanwhile, President Granger, who engaged the children briefly, announced that his administration will make resources available to set up a permanent centre to ensure the survival of the literacy programme.

“I want to see you with good furniture, with good libraries, with good laboratories, with computers to do your training. So, from this year December you will be getting a subvention to have adequate facilities,” he said.

President David Granger being greeted with handshakes by two of the children who attended the Sophia Literacy Programme Party, as Ministry of Social Cohesion Ms. Amna Ally looks on.

The Head of State also reminded the children about the importance of education, and called on them to utilise the opportunities available to them. The Literacy Programme, the President said, should be used as a stepping stone for advanced educational opportunities, which are also available, he said. All these initiatives are aimed at ensuring they have equal opportunities, he said.

The Sophia Literacy Programme was started in 2006 with the aim of giving school age children additional support in literacy. The Programme currently conducts classes every Saturday for two hours at its three centres: one at Congress Place, Sophia and the others at a church in ‘C’ Field and one in ‘D’ Field Sophia.

One of the organisers of the Programme, Mrs. Carol Corbin, welcomed the President’s announcement of a subvention, as it will allow them to provide additional services to a larger group of children. She explained that the subvention will allow organisers to recruit more trained teachers, while allowing them to provide meals and other much needed services to the children who attend the classes.

In addition to the bicycles given to some of the children, each children was presented with a gift, after which they were entertained with music, carolling and cultural items. 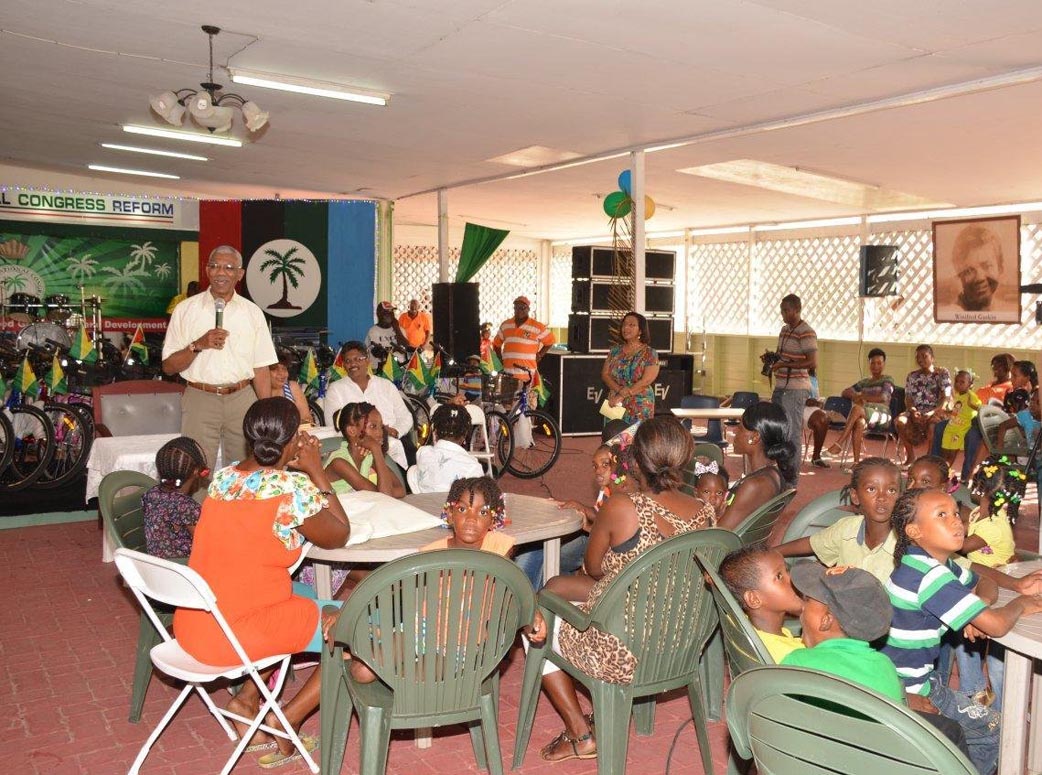 President David Granger as he engaged the children during the Christmas Party, at Congress Place Sophia, earlier today.