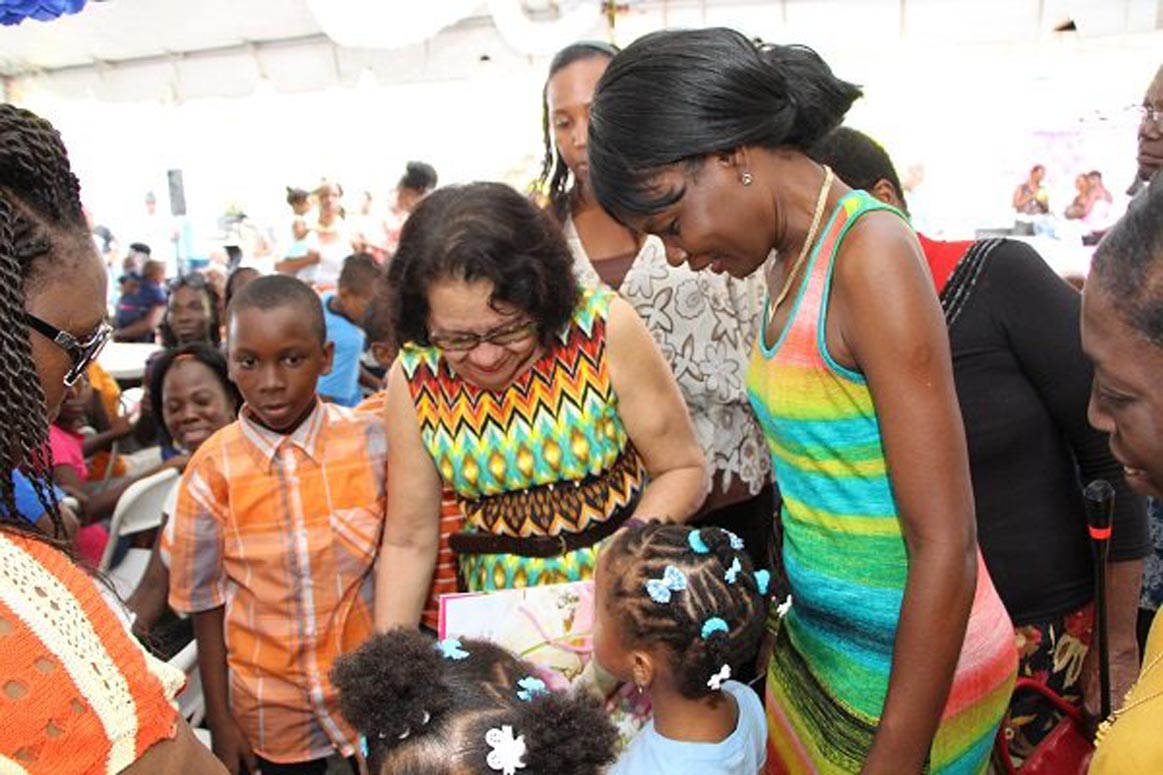 Mrs. Granger thanked the Council for organising the event, which put smiles on the faces of the children. Town Clerk, Royston King, said this is first event of its kind that the Council has hosted in over 20 years.

The children, accompanied by their parents and guardians, were treated to lots of goodies and had the opportunity to meet and take photos with the main attraction, Santa Claus.

First Lady Mrs. Sandra Granger is surrounded by excited children, and some parents, as she helps Santa Claus to distribute gifts at the Children’s Christmas party hosted by the Mayor and City Council.