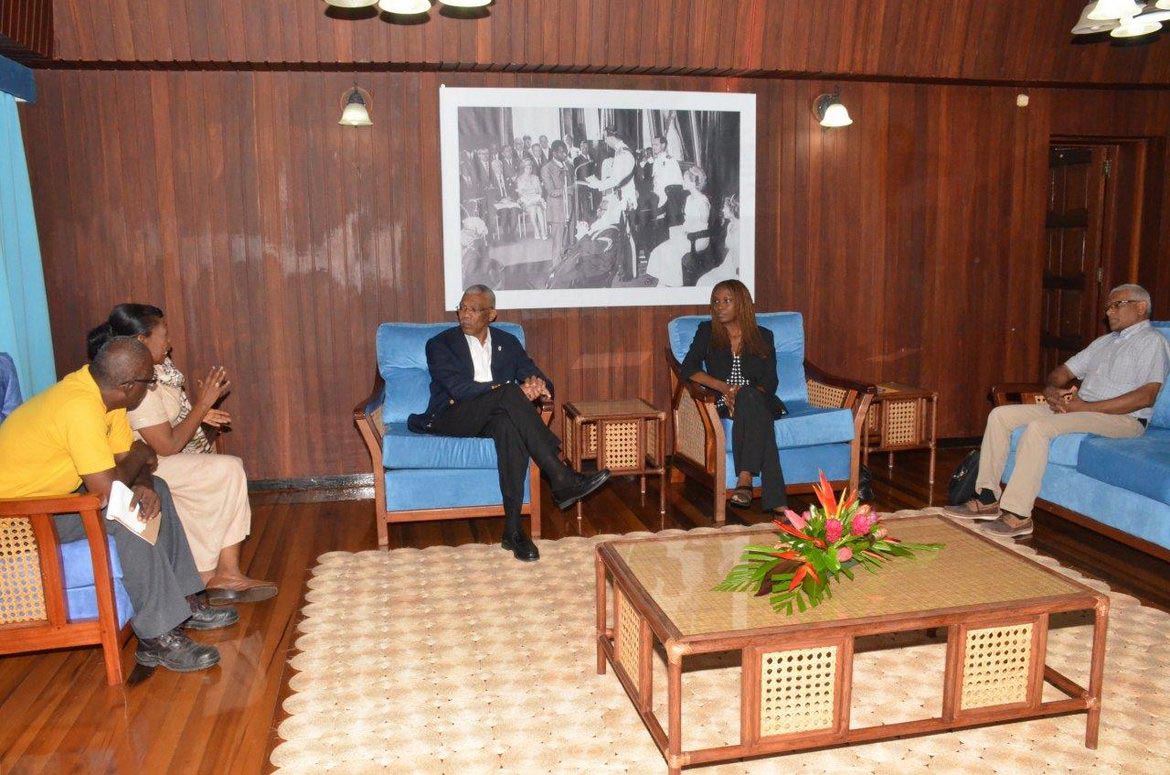 President Granger met with Dr. Ifill, Bruce Haynes ,President of the University of Guyana Workers Union; Dr. Pat Francis, immediate past resident of the UGSSA; and Thomas Singh, executive member of the UGWU, at the Ministry of the Presidency.

Dr. Ifill said this morning’s meeting was a follow up on discussions she had with President Granger since he was in the Opposition.

“Our engagement with the President did not start at this point; it started way back in 2011 when he was Leader of the Opposition. We have approached him on issues of concern with the University, regarding governance, remunerations, salaries and other basic conditions at the University that staff members have to endure,” Dr. Ifill said.

While not divulging much on the discussion, Dr. Ifill said her team is encouraged by the President’s commitment to the University, and its staff.

“We are to submit a number of proposals to him and we will do so immediately. We expect, coming out of the submission of these proposals, that we would have some good fruit, we are encouraged,” she said.

Haynes too expressed confidence that fruitful results would soon stem from this morning’s meeting.

President David Granger and the UG team pay keen attention to Dr. Pat Francis, immediate past president of the UGSSA, as she makes a point.