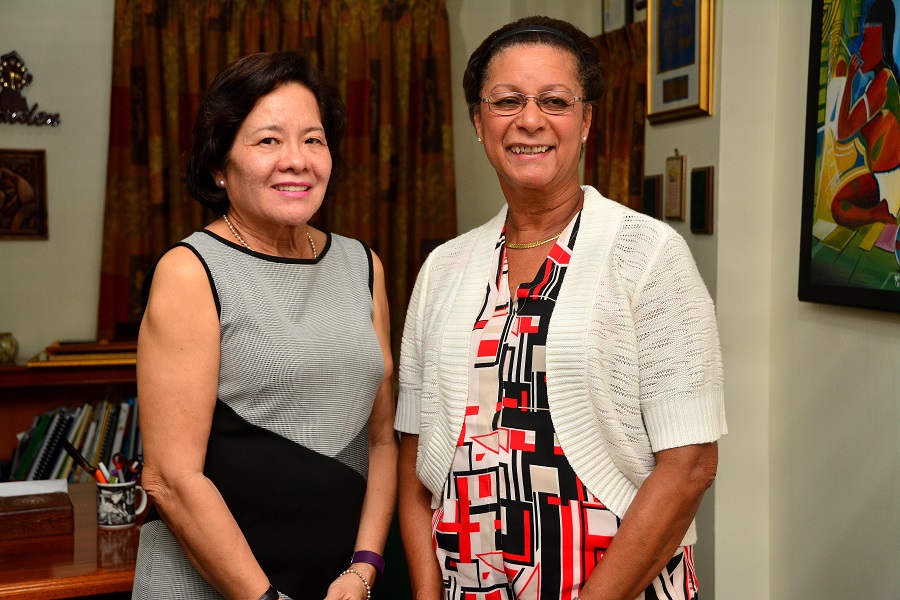 Georgetown, Guyana – (December 9, 2015) President David Granger distributed several bottles of ‘Zamzam’ water, which was sourced from a well in Saudi Arabia, to various Muslim organisations during a meeting today at Ministry of the Presidency.

The President handed over the bottles of the water to representatives of the United Sadr Islamic Anjuman, the Central Islamic Organisation of Guyana and the Guyana Islamic Trust. The water was sourced during his trip to Riyadh, Saudi Arabia in November.

President David Granger shares a warm handshake with Shaykh Abdul Aleem Rahim, President of the Guyana Islamic Trust, as he presents him with a bottle of Zamzam water, while Minister of State Joseph Harmon and another representative look on, during a meeting today at the Ministry of the Presidency.

Zamzam is the name of the well that provides water for billions of people, especially during the Hajj Pilgrimage. The Zamzam Well is believed to have sprung up at the feet of a baby Prophet Ishmael in 2000 BC and it continues flow up to present day. The word Zamzam means “stop stop”.

Scholars believe that water from the Zamzam Well has significant healing powers and as such, it is often given to the sick. 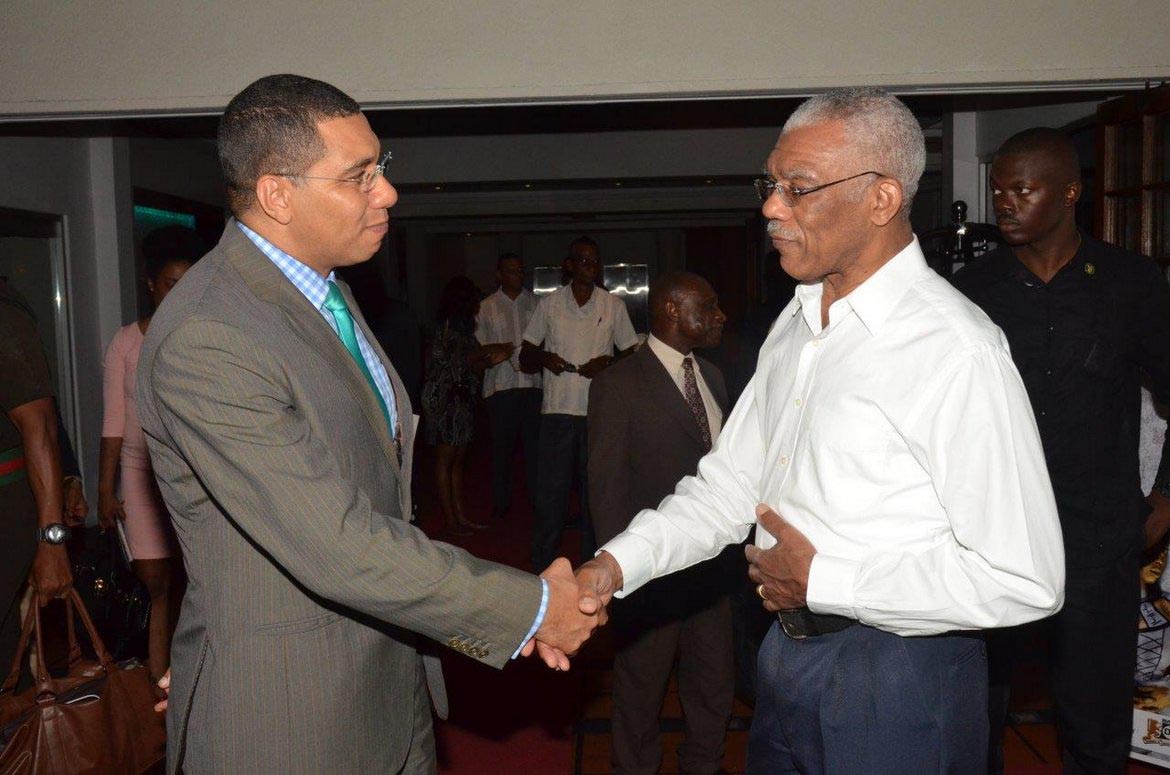 President David Granger (seated centre) chats with leaders from the various Islamic organizations in Guyana during a meeting today at the Ministry of the Presidency. Minister of State Joseph Harmon is seated third from left.