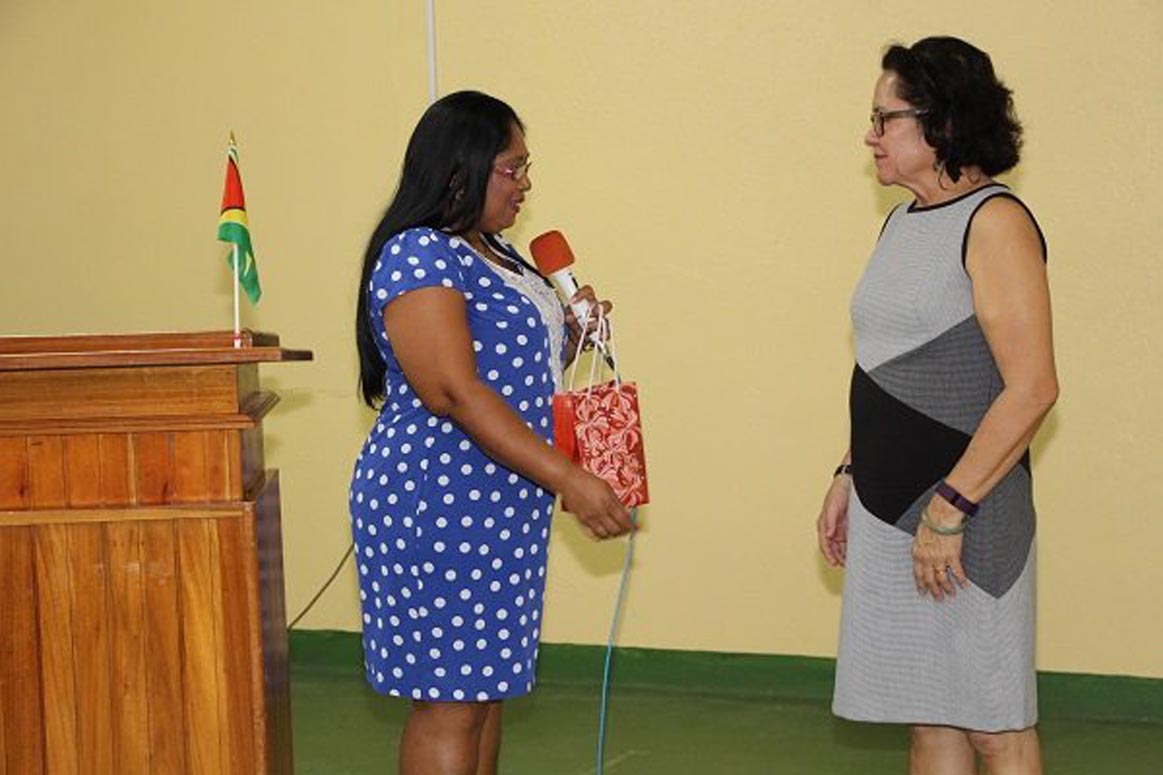 Georgetown, Guyana – (December 7, 2015) Following the overwhelming response to the first two “Self-Reliance and Success in Business” Workshops, First Lady Mrs. Sandra has now taken the initiative to the women of the Rupununi.

The participants, all women, were drawn from communities across the region, including: Aranaputa, Annai, Aishalton, St. Ignatius, Tiger Pond, Karasabai, Culvert City, Parishara and Lethem. Some are already business owners, while the others are hoping to get their planned small businesses up and running.

Speaking at the opening ceremony, Mrs. Granger said that this workshop not only aids personal growth and improvement but it focuses on community development as well.

First Lady Mrs. Sandra Granger smiles warmly as she is presented with a token of appreciation from Tarmattie Ralph from the Rupununi Chambers of Commerce and Industry (RCCI)

“One of the aspects of this workshop is a community development project… so it has a individual benefit with a community spin-off and hopefully we can take this model and develop it, come back again and train you to be trainers so that we can keep the idea going,” she said.

The First Lady told the participants that the training that is being offered is designed to help them understand every single step they need to take in order to establish and run successful business ventures. She explained that women have become too accustomed to doing things without expecting any reward and as such, they do not recognise their skills, which have the potential to transform them into budding entrepreneurs. 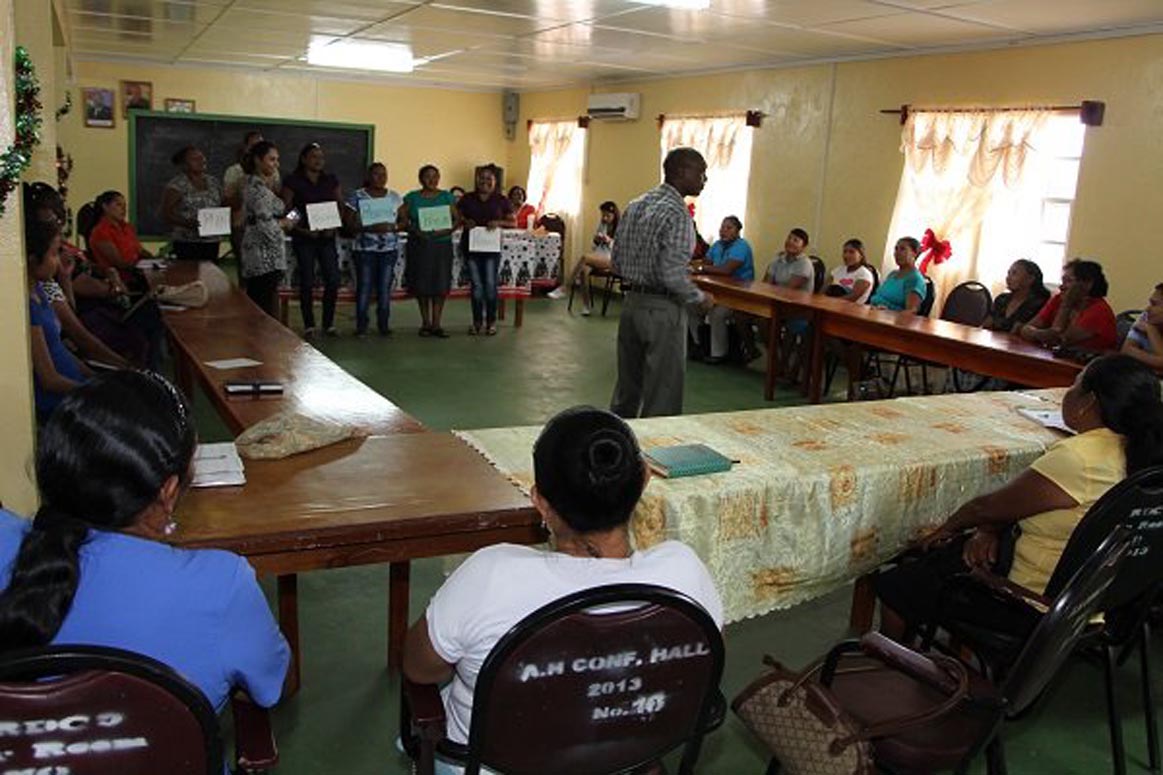 Facilitator, Wayne Barrow discussing the six “Ps” in business – Planning, Paperwork, Products, Promotion, Price and Process – during the first session of the First Lady’s ‘Self-Reliance and Success in Business Workshop’ in Lethem.

“I hold firmly to the view that if people do not understand the value of what they are doing, then they do not appreciate their abilities. I think it’s time women start putting a value on the things that they do and get some economic benefit when they can…you must yourself, value what you do and make sure that people value it too regardless of whether there is a monetary value for it,” the First Lady explained.

Regional Chairman, Bryan Allicock, welcomed the initiative to the Rupununi, especially since the participants are drawn from all the sub-districts.

“This is definitely going to boost the regional economy as well as the national economy…this is a great step forward and hopefully within the next four years of my tenure there will be a lot of successful small businesses coming up,” the Chairman said.

Meanwhile, facilitator of the workshop, Wayne Barrow who is from the contracted firm, Interweave Solutions, said that at the end of the training programme, participants will feel more empowered and they will be able to complete their business and community development plans. He also informed that over 30 per cent of the participants who completed the programme have been able to approach a micro-financing agency to fund their business ventures.

The programme was also praised by the Toshao of St. Ignatius/Kurupukari, Yusa Xavier who said that many of the women in the Region have great business ideas but lack the knowledge on how to proceed to set up a business and build clientele.

Over 30 persons, mostly women, from the East Coast and Linden have already completed the programme and are well on their way to establishing themselves as successful business owners. Perhaps one of the biggest success stories of this initiative thus far is Ms. Annie Roopchand, who placed third in a national ‘business pitch’ competition that was held during the inaugural Business Expo hosted by the Government two weeks ago. Roopchand was part of the Good Hope batch of participants.

Next year, in addition to taking the programme to the women of Regions Two, Three, Five, Six and Seven, the First Lady plans to host an exposition to showcase and celebrate all the business-savvy women who completed the training. This event is scheduled to coincide with the observances of International Women’s Day 2016.