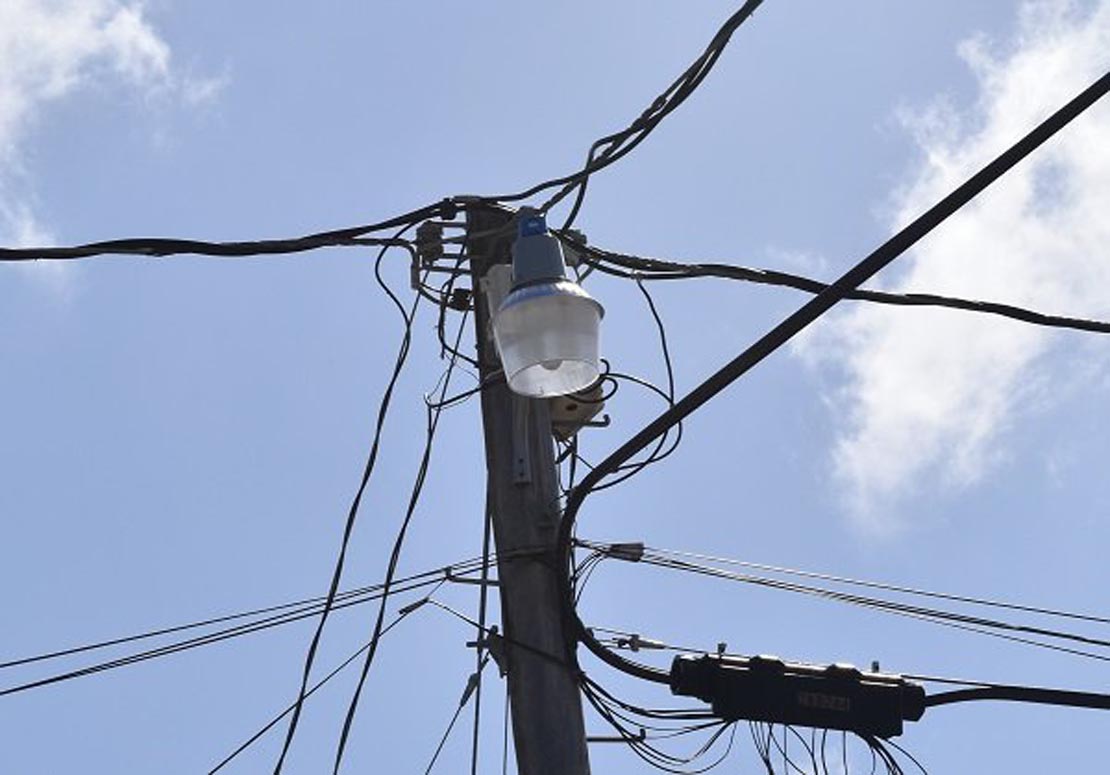 Georgetown, Guyana – (December 6, 2015) In keeping with the promise made to donate his November salary increase to the community of Angoy’s Avenue, New Amsterdam, Minister of State, Joseph Harmon, today, travelled to the area, where he handed over $215,000 in cash to the residents to be used to provide support for senior citizens within the community.

The visit was done hours after he had visited the Crane Housing Scheme, West Coast Demerara, to inspect the lights, which had been installed after he had donated his October salary increase to that community for that purpose.

On November 15, Minister Harmon handed over a cheque for the sum of two hundred, seventeen thousand dollars ($217,000) to Mr. Bowman, a resident of the Crane Housing Scheme, for the installation of streetlights, to be placed from the highway, along the road to the Housing Scheme. During the walkabout, residents took the opportunity to thank the Minister for his donation.

One resident, Auntie ‘Chiney’, a businesswoman, told the Minister that the lights have brought some amount of relief and a sense of security to her family.

One of the street lights in Crane Housing Scheme

Meanwhile, the Minister took the opportunity to listen to concerns, which were raised by members of the community, with regard to the condition of roads, clogged trenches and bushy areas. He promised to examine the Regional Democratic Council’s Budget to ensure that the road project is listed, while he related that some machinery will be place in the village in the coming days to assist with the clearing and de-bushing of the area.

“We want to thank the Minister for coming here and listening to us. I have been living here for the past 11 years and we have always been asking for road and lights and this is the first time that we have seen a Minister here, walking on this dam to see the people and listen to them”, Eric Mendonza, a resident of the village said. 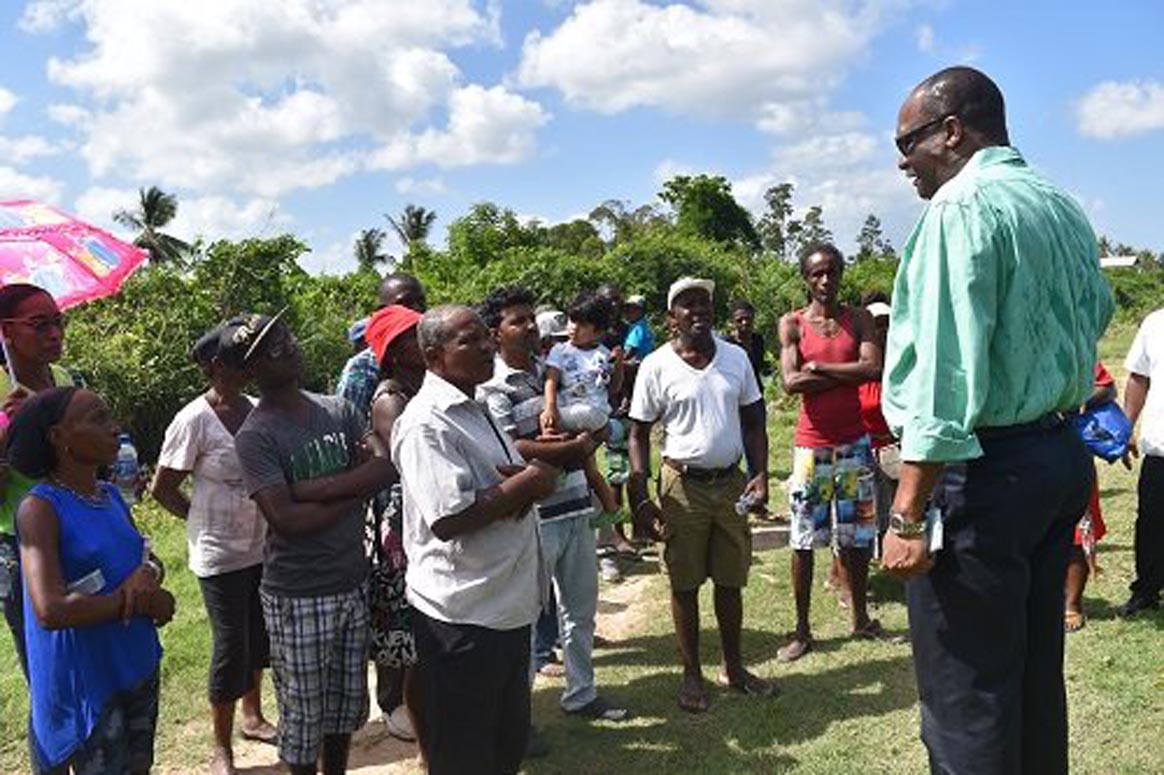 Minister Harmon listening to the plight of the residents of the Crane Housing Scheme. The Community members said that it has been neglected for a number of years

During his previous visit to Crane, Minister Harmon promised to donate his November increase to the community of Angoy’s Avenue, New Amsterdam, Berbice and the December salary increase will be donated to a community on the Essequibo Coast.

Today the Minister made good his promise at Angoy’s Avenue, where he was accompanied by Chairman of the Guyana Water Incorporated (GWI), Dr. Van West Charles and Chief Executive Officer of the 50th Independence Anniversary celebrations Committee, Larry London. The team met with residents and Minister Harmon handed over the cash to Patricia Lynch, a representative of the community.

Handing over the donation, Minister Harmon said that the government was serious about providing a good life for all Guyanese and the donation was a personal contribution to the community to support this goal.

He also asked the community to get involved in the countrywide cleanup campaign. He encouraged those present to become their brothers’ keeper and to assist the government in the pursuit of its goal of national unity.

Meanwhile, Larry London, who also serves as the Chairman of the People’s National Congress/Reform’s North American Committee, committed a further $200,000 to the community, which will go towards the provision of water services to those families who cannot afford to pay for the connectivity.

Minister Harmon used the opportunity to hear from the residents, their concerns and issues. These issues include the lack of running water, electricity and telephone services. Dr. Van West Charles was on hand to address the issue of water and promised that the company is working to ensure that all residents can be able to access water by May 2016.

Minister Harmon promised that a meeting will soon be set up with the other utility agencies so that the residents concerns can be addressed. 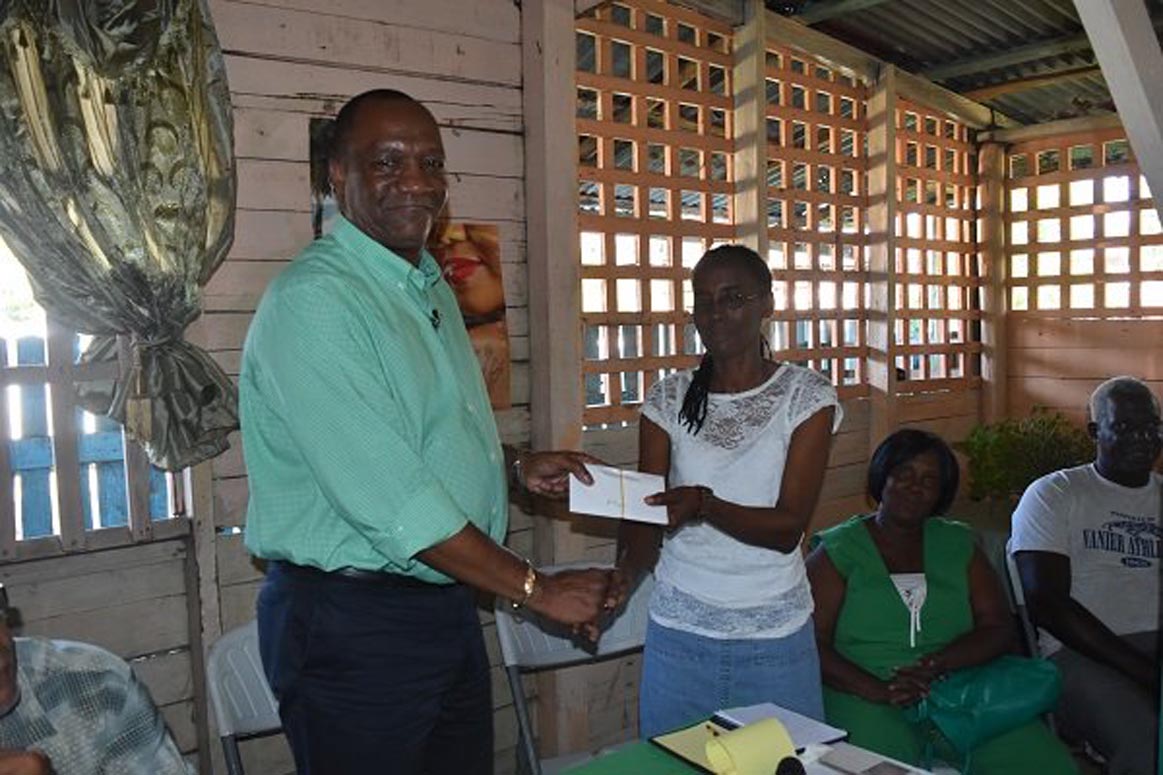 Minister of State, Joseph Harmon handing over the $215,000 to Patricia Lynch of Angoy’s Avenue, New Amsterdam.