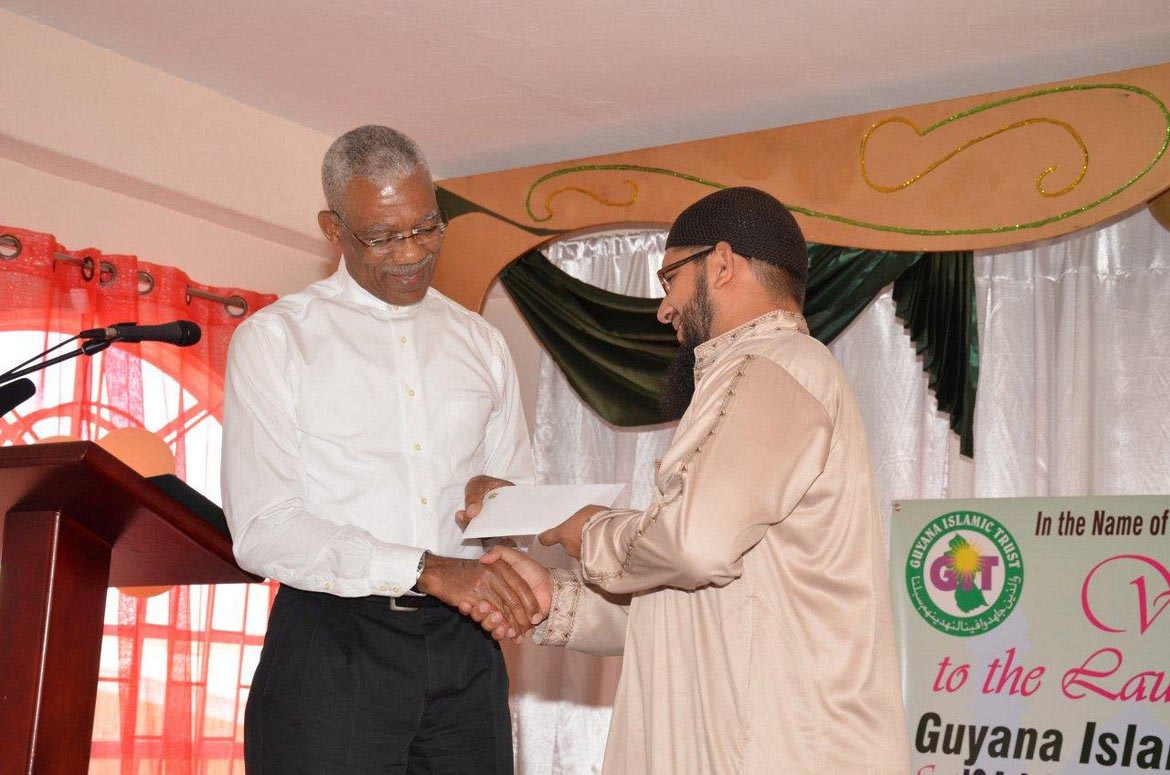 Georgetown, Guyana – (December 6, 2015) President David Granger told a gathering at the launch of the new Guyana Islamic Trust (GIT) Secretariat and the ISA Elementary School building on East Street, this morning, that “We (Guyanese) are holding ourselves back because of that failure to come together to achieve that goal of national cohesion.”

The Head of State, noting that while Guyana has a strong history of religious tolerance, the country has taken a long time to begin healing from the divisions of the past. Referencing the difficult period in Guyana’s history, during the 1960s, the President noted that when the country gained its Independence in 1966, it was a broken State. A major political party had boycotted Constitutional talks, Independence celebrations and the sitting of the National Assembly and Guyana was in a state of emergency.

It is for this reason, the President said, Guyana’s 50th Independence Anniversary observances must be a time when the country celebrates a second Independence, one that marks the healing of the nation. The President said that the Ministry of Social Cohesion and his administration will continue to promote national unity so that Guyana can focus on national development.

“Next year, on the May 26, I want us to celebrate that new Independence, that second Independence; the healing of the Guyanese Nation when we could pay attention to eradicating poverty, to eradicating illiteracy and inequality, which is what the GIT is doing today. These are the enemies of the Guyanese people, not one another. Poverty, illiteracy, ignorance, stupidity, these are the enemies of nationhood”, he said.

However, the President said, Guyana can be proud of its solid foundation of religious tolerance. He said, “Guyana is richer for its religious diversity. We are richer because in inculcating those religious values, we do not at the same time preach extremism and intolerance. We preach understanding. So Guyanese from all walks of life, from all religious groups, could enjoy the benefits of diversity.”

Referencing terrorist acts in Nigeria, Kenya, Paris and most recently, in San Bernardino, California, President Granger congratulated the GIT for its public stance on extremism. “There is no place for extremism in Islam and there is not place for extremism in Guyana… I am proud of the Guyana Islamic Trust, which more than two years ago came out against what was [being done] by those extremists. I would like to personally congratulate the GIT for taking a stand; a moral stand, a religious stand, a stand that is based on the perception of humanity.” 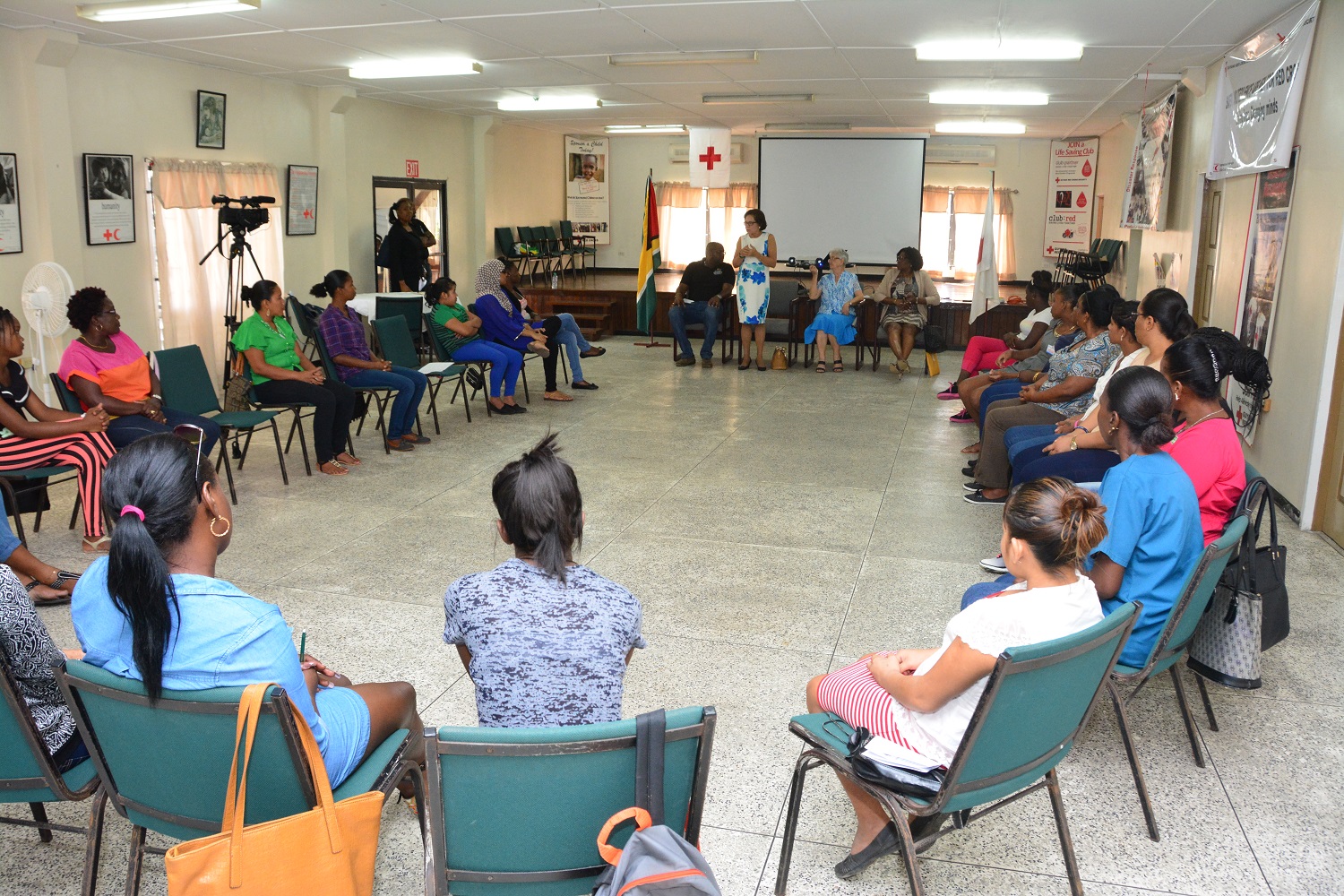 President David Granger speaking at the launch of the new Guyana Islamic Trust (GIT) Secretariat and the ISA Elementary School building on East Street, this morning

Noting that there is nothing in the three main religions observed in Guyana; Islam, Hinduism and Christianity that justifies terrorism, the President called on all Guyanese to continue the tradition religious tolerance in Guyana.

President Granger also used the opportunity to congratulate the GIT for what he called an investment in education and an investment in the nation. He added that the organisation is one that approaches its projects with only success in mind and as a result they are reaping the benefits of that investment.

President Granger added that the Government will continue to support the formation of religious schools. He noted that this is a right that is protected by Article 145 of the Constitution of Guyana. Adding that the Constitution also protects the right of citizens not to be compelled to participate in any religious practice that contradicts their own religious beliefs, the President said however, that there is value is linking academic and religious teachings.

“All three of the major religions have been able to embark on educational enterprises and initiatives, which show the value of associating academic education with moral values. The value of religious schools has been proven and there will be nothing done on the part of this Government or this President to prevent these schools from continuing their successful programme of education”, he said.

President Granger made a small donation to the school and added that he will provide further support where possible.

The land on which the new school and GIT secretariat building was constructed was donated by Nazar Mohamed of Mohamed’s Enterprise and the completion of the project was facilitated through a loan from the Islamic Development Bank.