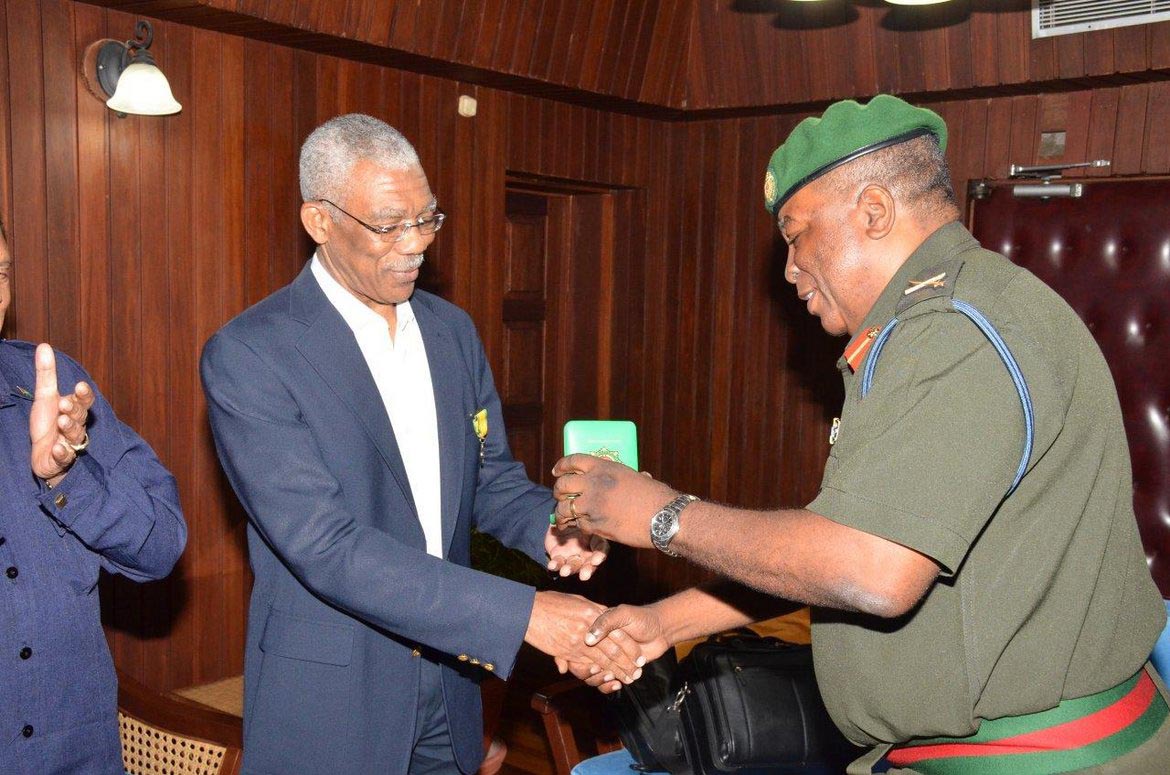 GDF Chief of Staff, Brigadier Mark Phillips conferred the medal on the board members after the reading of a Citation by Colonel Nazrul Hussain. Following this brief presentation, President Granger congratulated the GDF on their golden jubilee with a series of activities in November.

President Granger just after receiving his 50th anniversary medal from Brigadier Malrk Phillips, today at the Ministry of the Presidency. 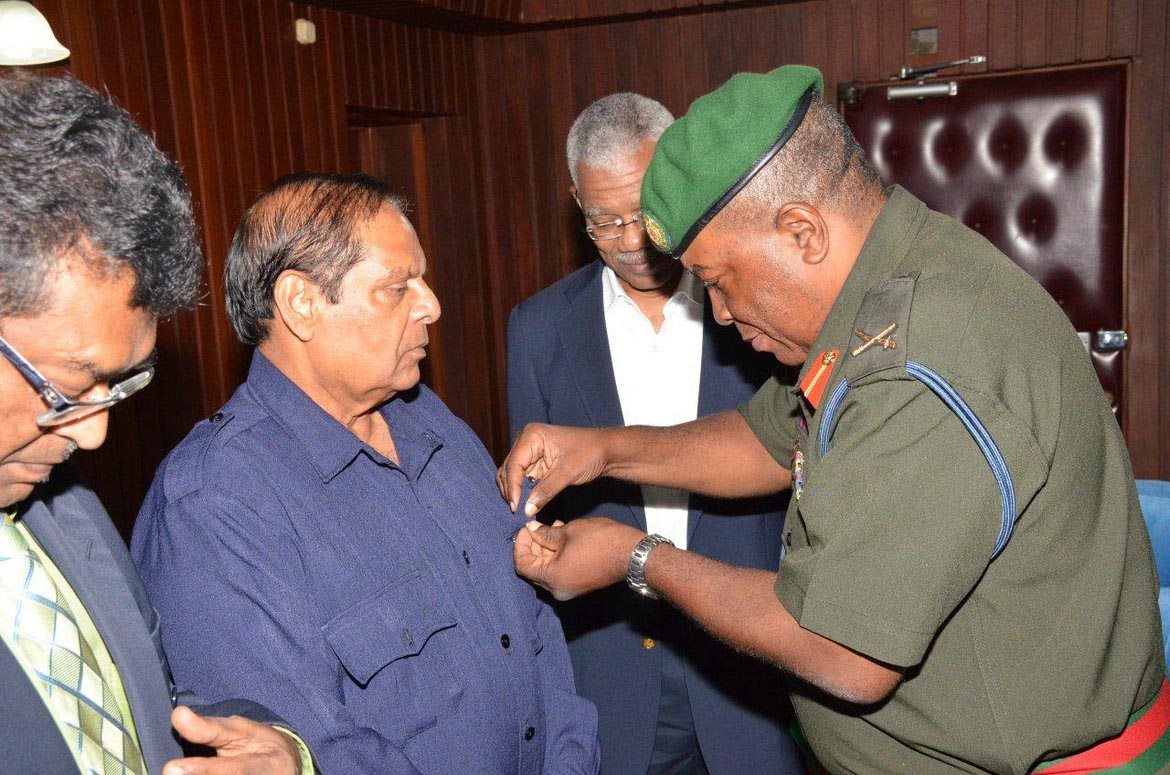 Prime Minister Moses Nagamootoo being conferred with the GDF’s Golden Jubilee Commemorative Medal as President David Granger looks on, today at the Ministry of the Presidency 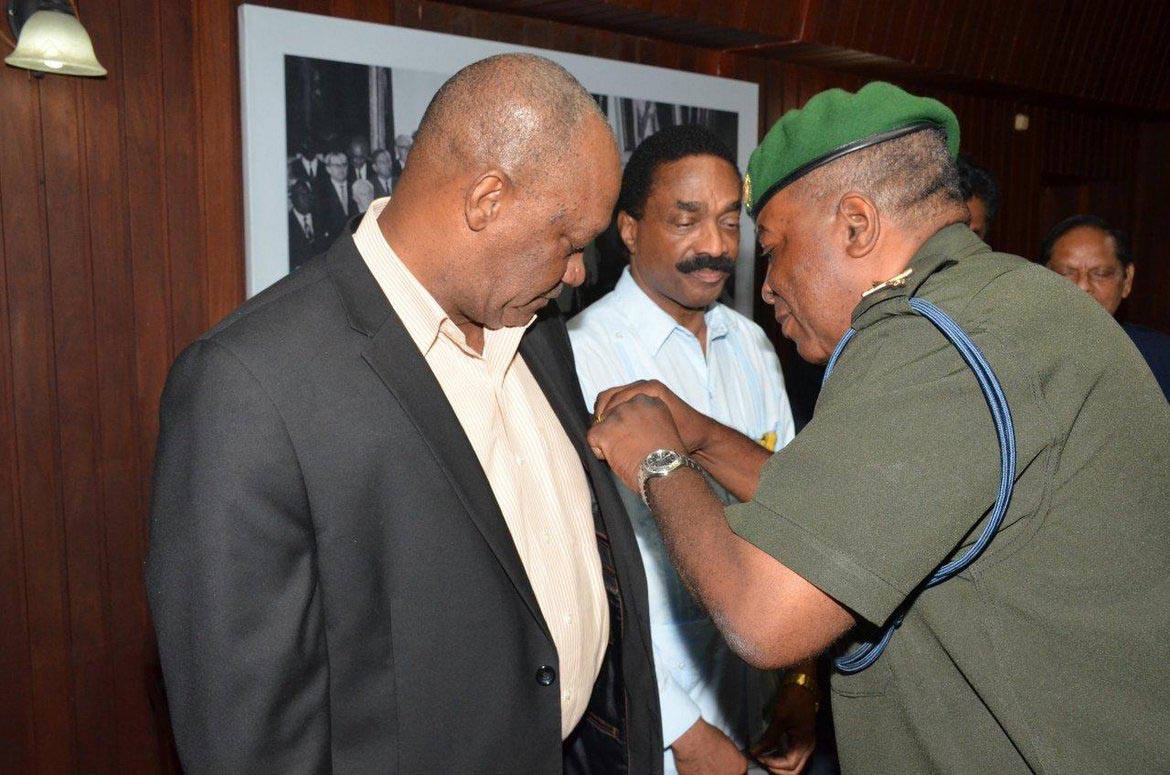 Minister of State, Joseph Harmon as he receives his Medal from Chief of Staff of the Army, Brigadier Mark Phillips

“The GDF has come of age and the actual conduct of the celebrations… [was] appreciated by the entire country. The population loved it and I think it is a demonstration of support for the Defence Force, which has been at the forefront of the defence of the country and [Guyana’s] territorial integrity,” the Head of State said.

Noting the anniversary celebrations occurred at a time when Guyana was facing renewed threats to its borders, the President said that the Force was able to move effortlessly from ‘operations to celebrations’. “We were very encouraged by the quality of the performance and I think it reached a high standard,” he said.

The GDF celebrated its 50th Anniversary under the theme, “Commemorating the past, celebrating the present and carving the future.”