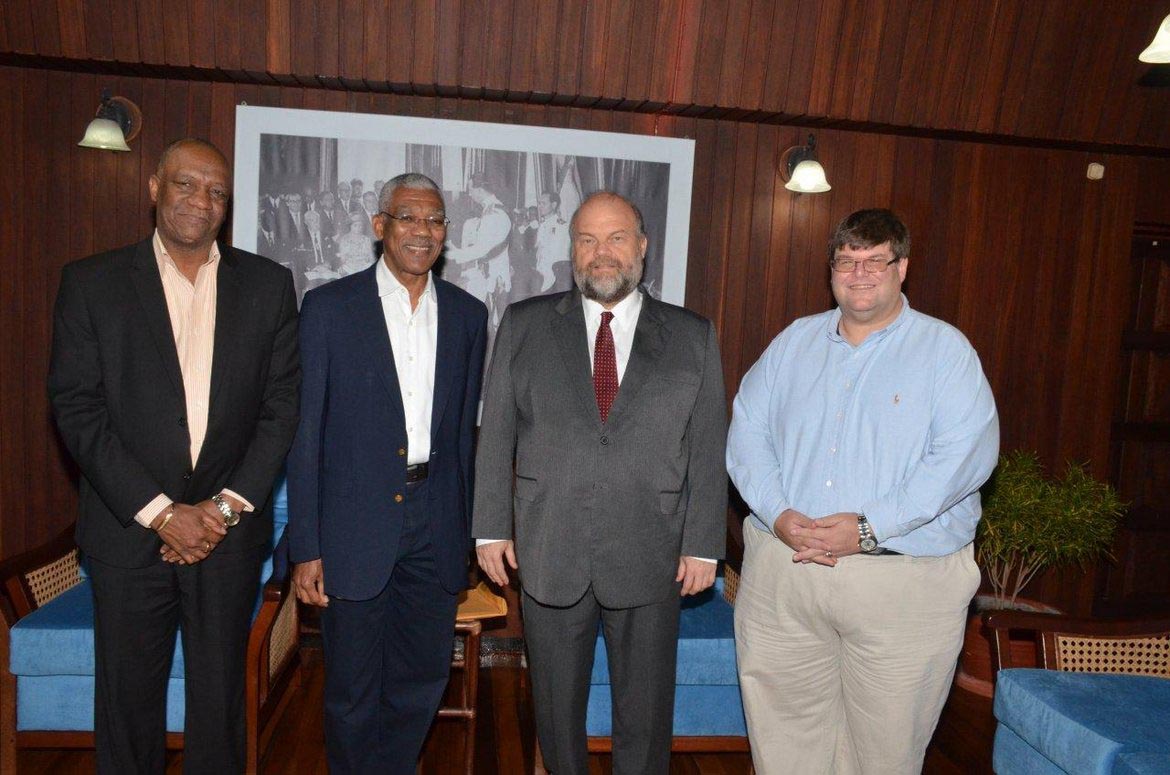 The Ambassador, who is scheduled to depart on his holiday leave, today paid a courtesy call on the President. He was accompanied by Charge d’ Affaires, Bryant Hunt.

In a brief, the Ambassador said local government elections are going to be a historic event for Guyana; noting that it is the cornerstone of a healthy democracy.

Last month, Minister of Communities, Ronald Bulkan, announced that local government elections, which were last held in Guyana in 1994, will be held on March 18, 2016.

Ban on Styrofoam crucial for green development of Guyana – EPA

Deadline for group nominations is December 15