Ban on Styrofoam crucial for green development of Guyana – EPA 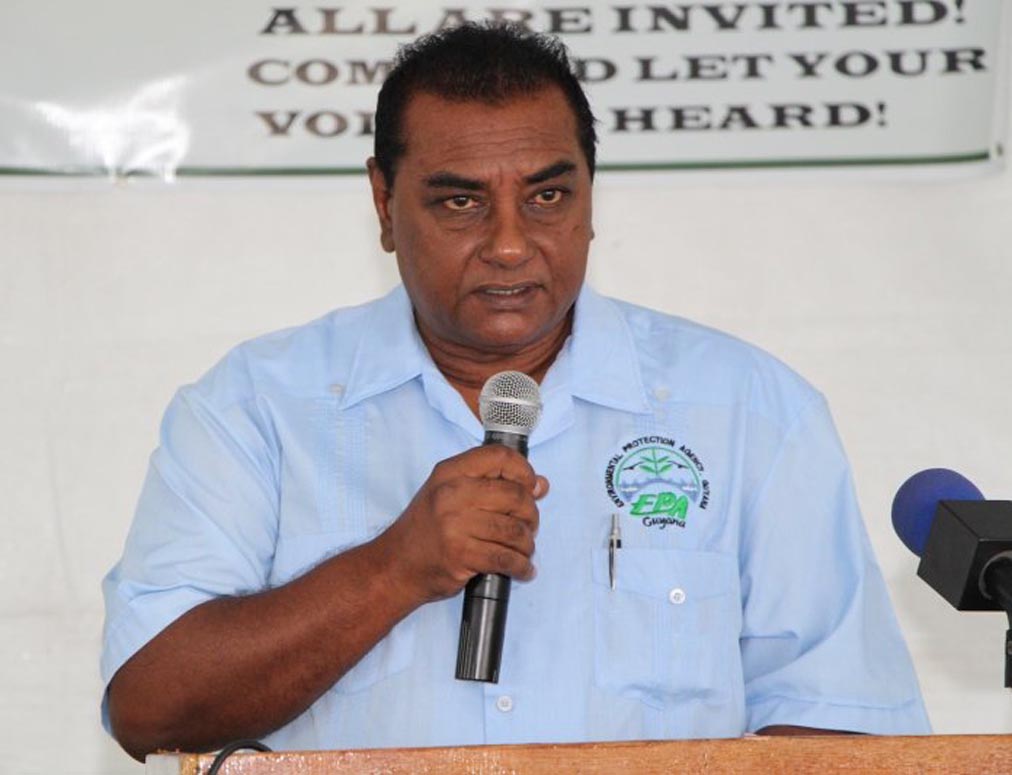 Georgetown, Guyana – (December 2, 2015) The Environmental Protection Agency (EPA), which falls under the Department of Natural Resources and the Environment (DNRE), today began its public awareness campaign aimed at promoting the use of Alternative Products to closed-cell extruded polystyrene foam, popularly known as the brand Styrofoam, for the achievement of a cleaner, greener Guyana.

This campaign begins as the Government moves ahead with the planned implementation of the ban on the importation and use of Styrofoam, as of January 1, 2016, in keeping with the thrust to promote a green economy and environment. The proposed Expanded Polystyrene Ban Regulation is being finalised before the effective date to ensure the ban is legally enforced.

At the opening of the awareness session today, Executive Director of the EPA, Dr. Indarjit Ramdass said that the green future of the country was dependent on the ban of this material.

“The sustainability of our environment is the foundation upon which the Government of Guyana’s Green and Sustainable Economy, Five Stage Plan is founded. Through this Plan, positive measures are to be taken to ensure the conservation, protection and improvement of the environment for the benefit of all. In compliance with these mandates, the Environmental Protection Agency has a legal responsibility to develop and seek the enactment of legislation to directly address situations and activities that can adversely affect the environment and the general health and safety of the Guyanese public,” Dr. Ramdass said.

According to Dr. Ramdass, in Guyana, Styrofoam makes up about 2-5 percent of the waste stream and is most popularly used in the food service industry. The improper disposal of the single use item has been, and remains a threat to human health and the wider environment, incurring clean up and disposal costs amounting to millions of dollars, a cost borne by the tax paying public.

“Styrofoam is non-biodegradable and takes at least 500 years to decompose. This is evident in the drains, roadsides and other public places where Styrofoam products are littered. The Styrofoam products, along with other materials, clog the drains, restricting proper drainage and contribute to flooding and the proliferation of vector-borne diseases. In addition to the above-mentioned impacts, the use and disposal of Styrofoam places [a] severe economic burden on the public coffers and society,” he said.

Dr. Ramdass disclosed that before the ban comes into effect, the EPA will also be partnering with the Guyana National Bureau of Standards (GNBS) to set standards for alternative packaging options to be identified and recommended to guide the business sector in the procurement of replacement products for Styrofoam based containers/packaging. 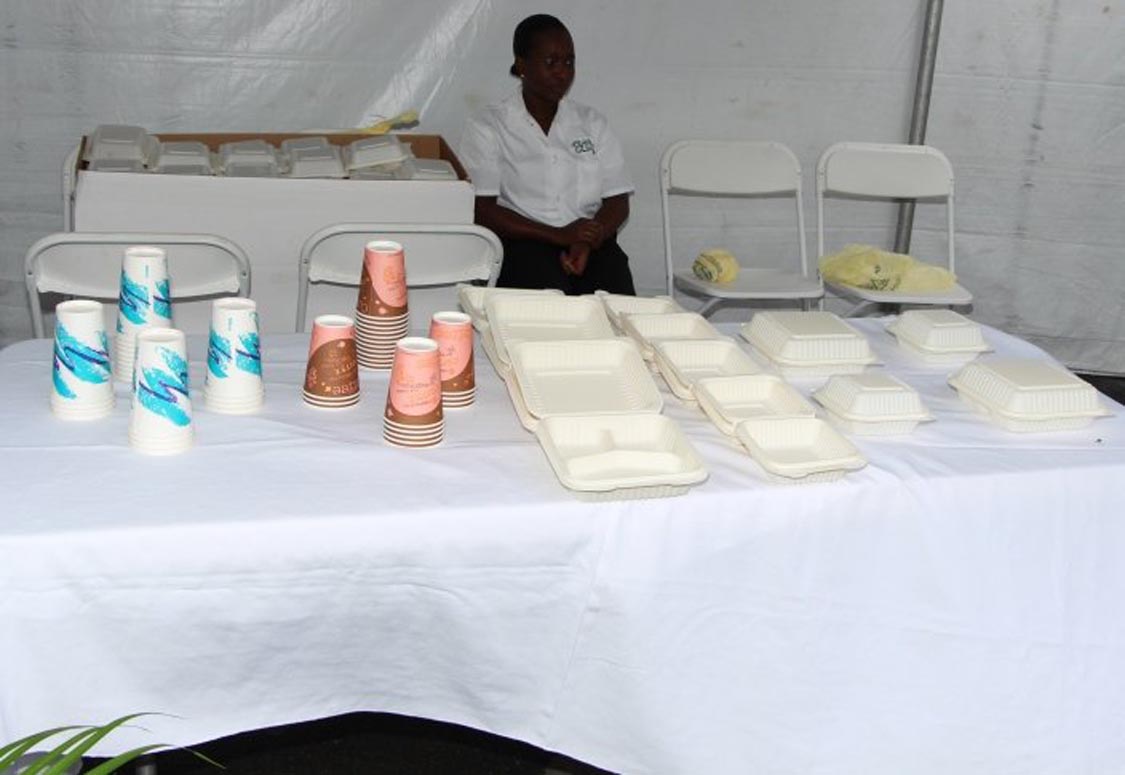 Some of the alternative packaging products on display at the awareness session this morning.

In the meantime, former Chairman and representative of the Private Sector Commission, Ramesh Dookhoo, who delivered brief remarks, said that that sector was cognizant of importance of a green and clean environment and as such, welcomed the initiative.

He noted that though Guyana had previously been lagging behind in the implementation of the ban, the sector welcomes the January 01, 2016 implementation date is very.
“The PSC appreciates that under the guidance of Minister Trotman, the agency has organised this awareness programme. We welcome the consultations, which are being done to involve the stakeholders and relevant agencies,” Dookhoo said. 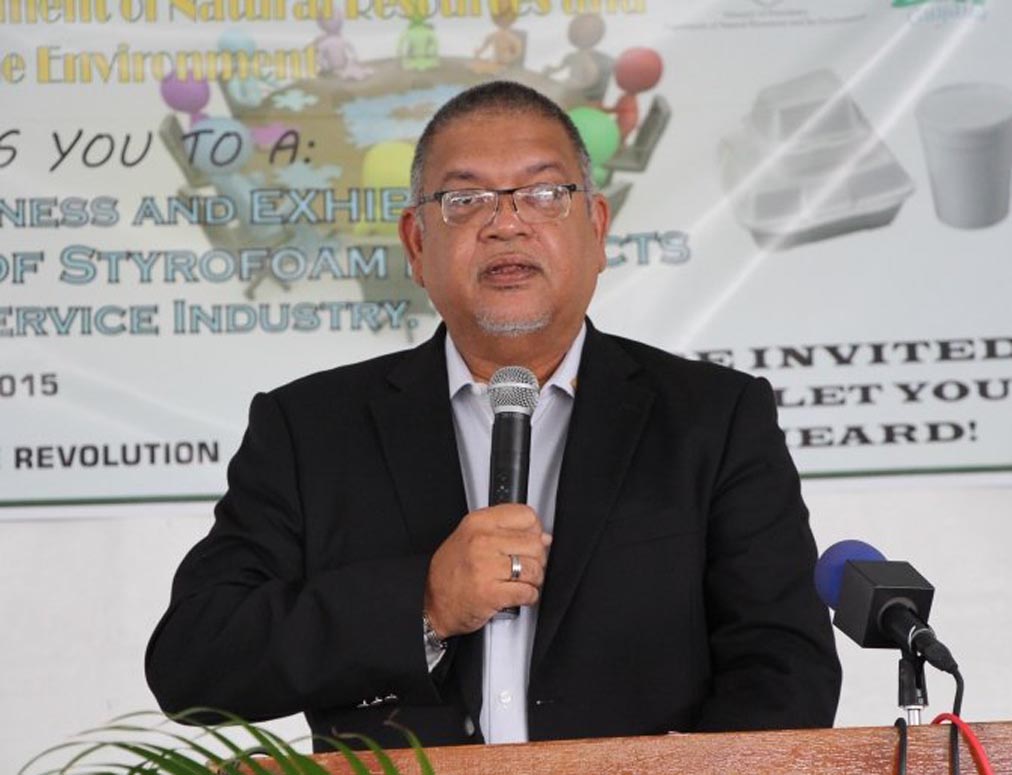 It is hoped that this initiative will see a significant reduction in the littering of Styrofoam products and its negative impact on the environment, while leading to the further development of new enterprises in the alternatives sector. With the ban, Guyana will become one of few countries in the world, alongside major cities such as New York, Paris, and Toronto, who have banned Styrofoam. 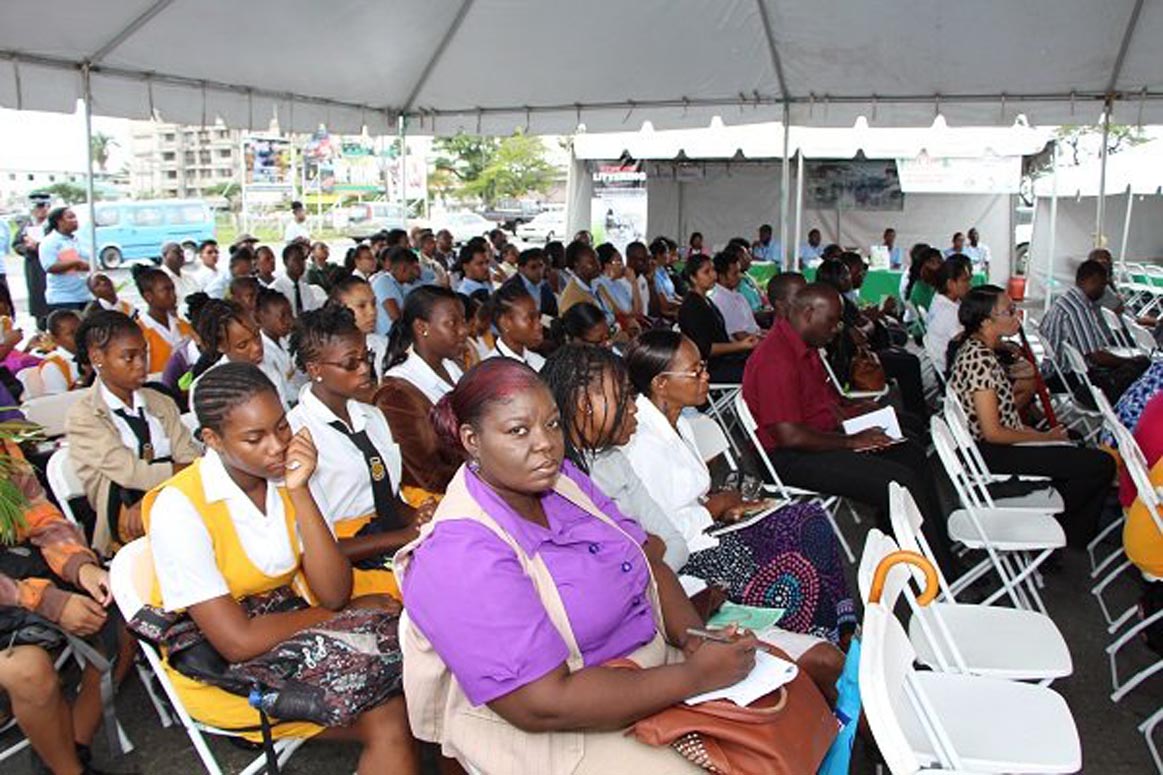