Integrity, accountability must be the bedrock of operations at new Bartica gold board office – says Trotman at re-commissioning ceremony 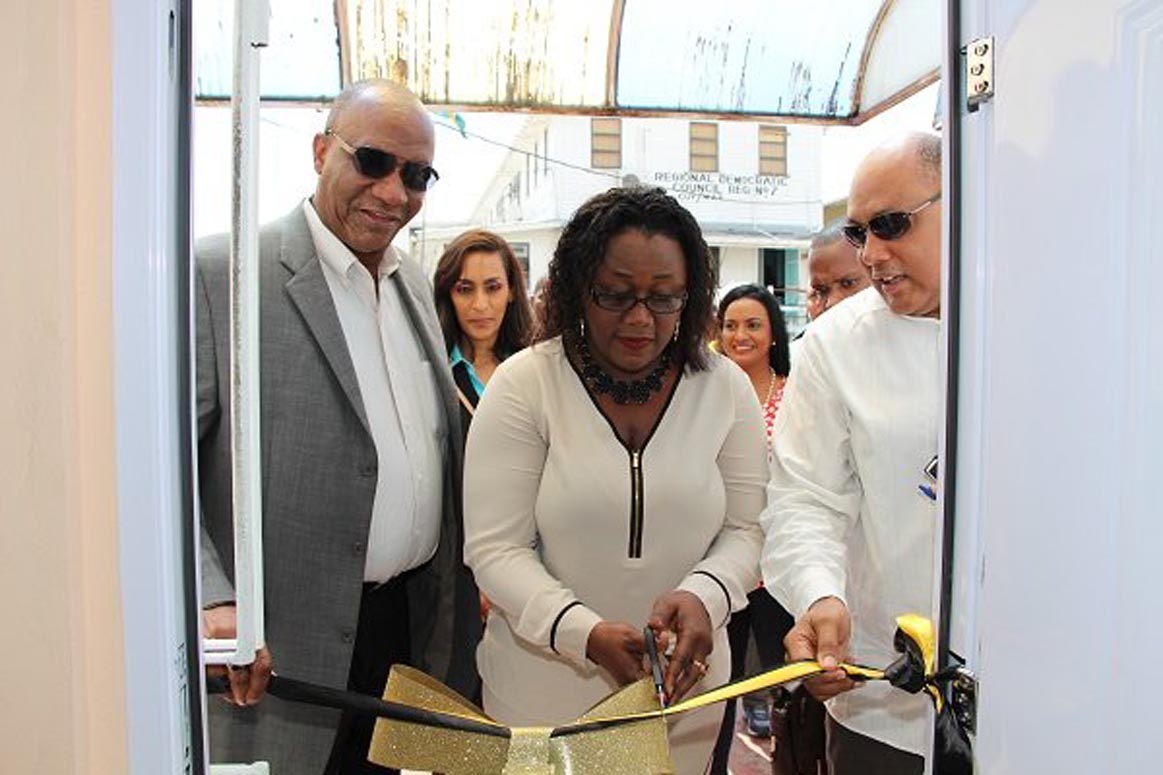 Georgetown, Guyana – (November 30, 2015) Minister of Governance with responsibility for Natural Resources and the Environment Raphael Trotman today charged that integrity and accountability must be the hallmark of operations at the newly-re-commissioned Guyana Gold Board office at Bartica.

Trotman, who was accompanied by Minister of State, Joseph Harmon and Minister within the Ministry of Social Protection, Simona Broomes made these comments at a simple ceremony held to mark the reopening of the Bartica office. Operations were closed there in 2014 under the previous administration amidst allegations of gold tampering.

The Bartica office has conducted significant trading in gold for years and remains one of the main sub-offices of the Guyana Gold Board (GGB). Minister Trotman noted that the closure of the office has had an adverse impact on the mining community and, as such, a decision was taken to revamp and reopen the office particularly, since the community will soon be established as a town.

Minister Simona Broomes cuts the ribbon to recommission the GGB’s Bartica Office while Ministers Harmon and Trotman look on.

“Government has taken the decision to reopen this office as a sign of confidence in the township of Bartica and to ensure greater flows of revenue to the national coffers,” Trotman said.

He noted that according to reports, thousands of ounces of gold leave Guyana every week and little or none of the gold is declared. As such, the reopening of the office is vital to the protection of the State’s patrimony.

“There are too many reports of illicit activities, gold being transported across the borders in the nights and so on… and so the reopening [of] this office with the enhanced security is what is needed,” the Minister said.

According to Trotman, Government will constitute a new Board for the organisation in January. It is also expected that a new mandate will be given to the GGB offices so that existing loopholes and deficiencies are eliminated or brought to a minimum. 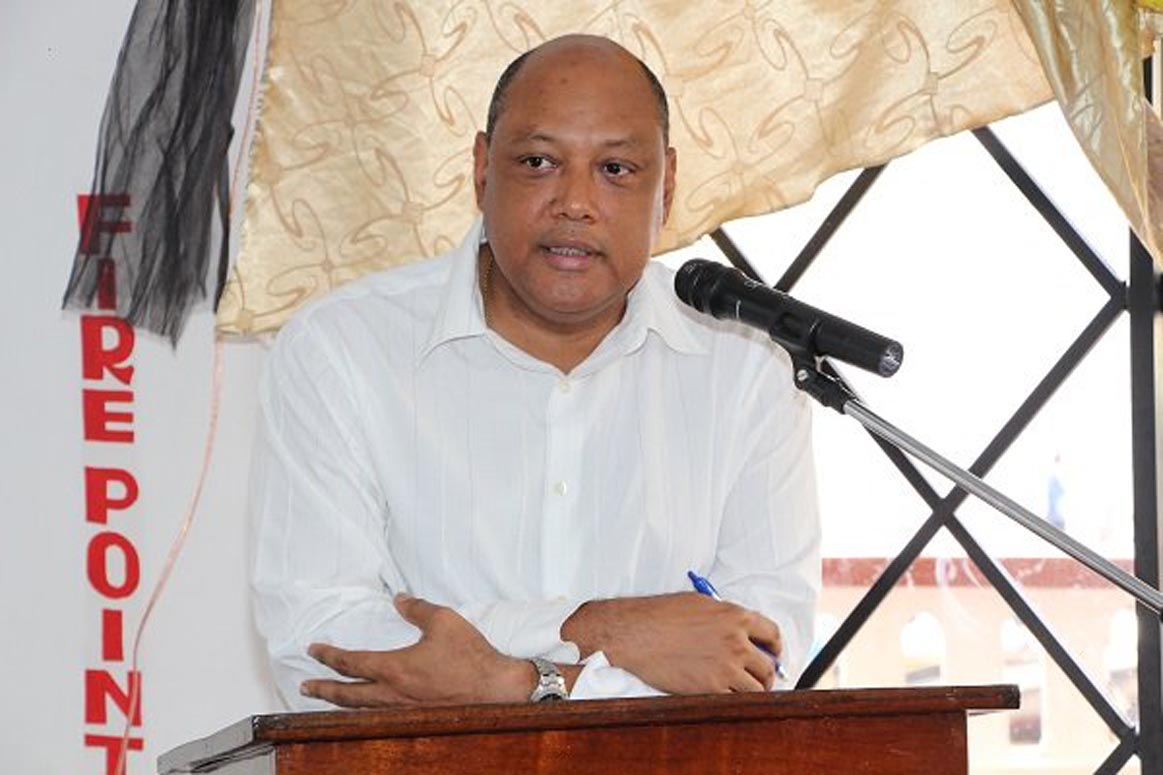 Minister of Governance, with responsibility for the Natural Resources and the Environment, Raphael Trotman

“With the new mandate, which will be issued by the Board, we want to ensure that we open this office and offices in all of the various mining districts; we want to review and assess the number of licensed gold dealers and traders to see how many we have and how it relates to our gold declarations, we want synergy between concessions granted, the production of miners and their declarations because often times, they have concessions but their declarations are not what it should be,” he said.

In addition, the Minister said that the GGB will be working to ensure that a closer relationship is developed between and among agencies such as the Guyana Revenue Authority, the State Assets Recovery Unit (SARU) and the Special Organised Crime Unit (SOCU). The plan also includes a strengthened legal framework to ensure that the government and people of Guyana are the beneficiaries of the sale and trade of gold exported, he said.

Meanwhile, in his address, Minister of State, Joseph Harmon said one of the mandates of the GGB and its offices is to ensure that the national patrimony of the country is protected.

“We consider the Guyana Gold Board to be the gate keepers of our national patrimony. You are the people who have to collect the royalties and ensure that that money is utilised in a way that is consistent with government policies and objectives,” he said.

Harmon also acknowledged that Government knows of the challenges miners are encountering and is working assiduously to ensure that these are reduced. To this end, Government has taken steps to enhance security in the region. Currently, Advisor on National Security, Brigadier (Ret’d) Edward Collins is in the region to collaborate with law enforcement on this matter.

Meanwhile in her remarks, Lisaveta Ramotar, General Manager of the Guyana Gold Board, said the Bartica office was not reopened only to increase declarations but also to stimulate the economy in the planned township.

“This was one way of being closer to the miners and being able to serve them better. The Bartica office brings in almost, if not a bit less of declarations as the one in Georgetown and so when we are able to bring in all of this revenue, not only does it cater for the provision of social services and infrastructural development but it is an economic stimulant, especially in this region which is so dependent on mining activities,” she said. 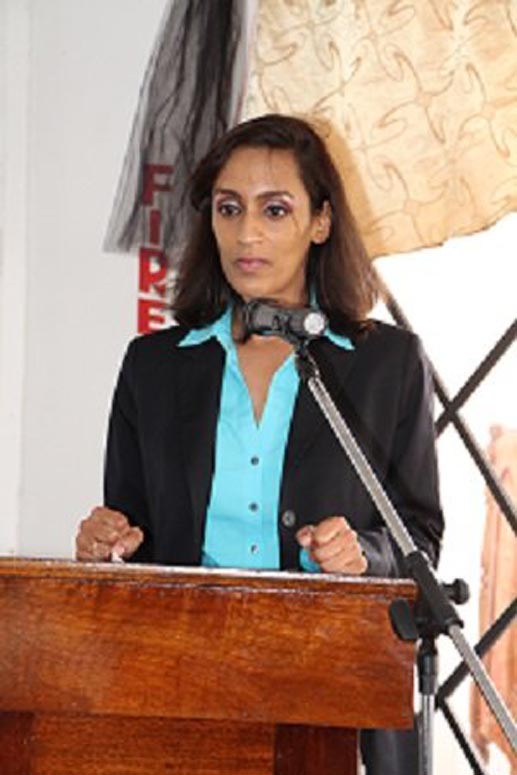 General Manager of the Guyana Gold Board, Lisaveta Ramotar

Regional Chairman Gordon Bradford expressed appreciation to the Government for re-establishing the Bartica Gold Board office as it will create a new start for the soon-to-be-established town.

“The re-establishment of this office is a timely step. We know that with the closure, it had put a dent on business in Bartica. Our economy is dependent on miners and traders and they would have had to leave Bartica to go to Georgetown to conduct business. Not only is this risky but their money is spent in Georgetown when they have to leave here and so we are happy to witness this,” he said.

Bradford cautioned the new staff of the office that they were the keepers and the first line of security of the nation’s wealth and as such, transparency and honesty must always be the foundation of their operations.

“The thrust of this new government is that the wealth belongs to the people of this country, more so the future generations and if we don’t guard against dishonesty then our children will be found wanting. We do not want to relive the bitter experience of closing the Bartica office,” he said.

Before the commissioning ceremony, Minister Trotman met with small miners to listen to their complaints and to inform them of the plans and projects the new administration has in the pipelines to ensure that the industry remains lucrative. 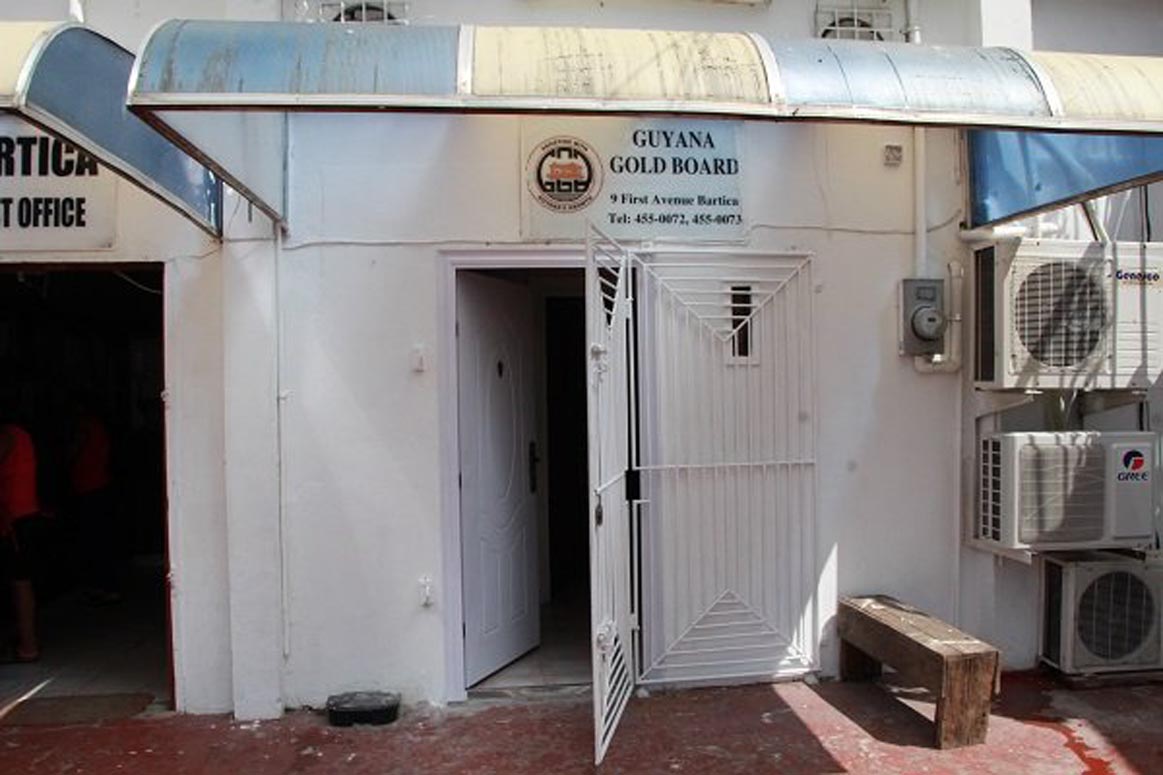 The newly re commissioned Guyana Gold Board Bartica Office

No plans to ask ExxonMobil for advances – Minister Trotman