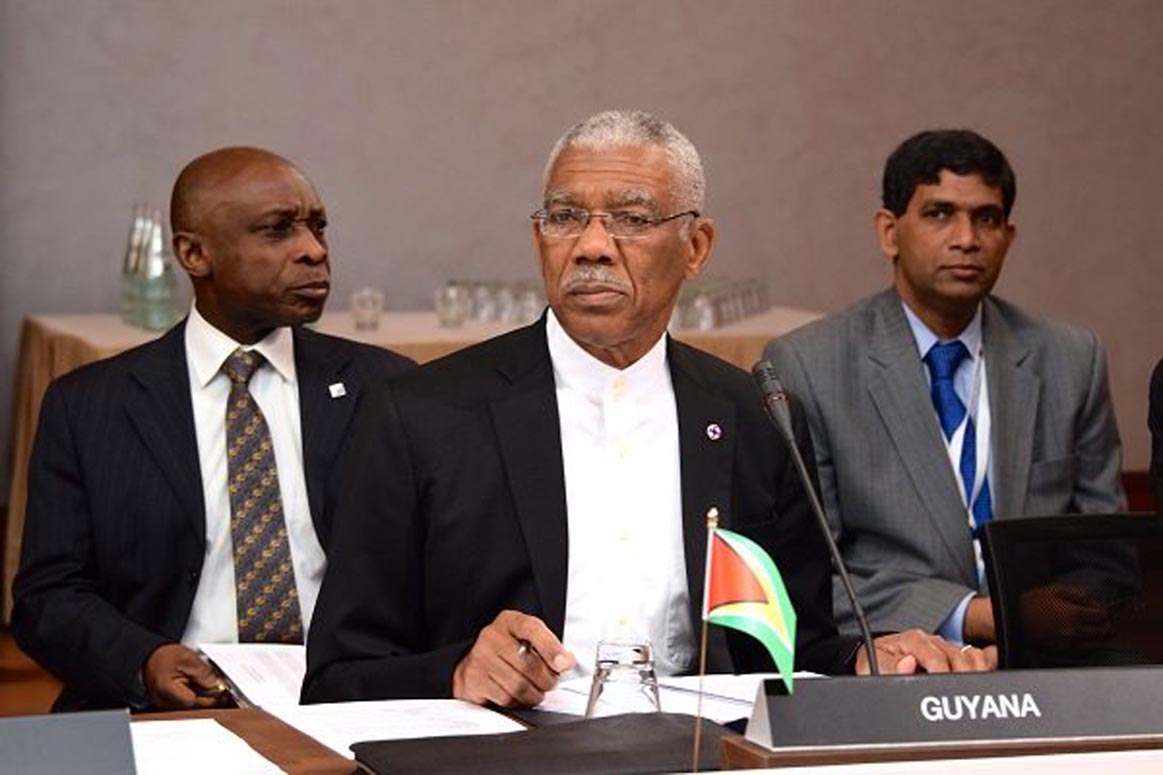 Mellieħa, Malta – (November 29, 2015) Even as the Commonwealth Heads of Government (CHOGM) 2015 wrapped up today, the international body, as expected, released the 2015 Communique which outlined strong support for Guyana’s position on the Venezuela border controversy. The document states, “The Geneva Agreement of 1966 between the Parties provides a range of mechanisms for an expeditious solution to the controversy arising from Venezuela’s contention of invalidity of the 1899 Arbitral Award which definitively settled the land boundary between Guyana and Venezuela.”

The Heads expressed their full support for the United Nations Secretary-General Ban Ki-moon to choose a means of settlement to bring the controversy to a definitive end.

President David Granger, responding to the content of the Communique, during a special recording of the Public Interest at the Raddison Golden Sands Hotel where the CHOGM was hosted, said, “Guyanese can be satisfied that this year the process has moved closer to finality than it has for several years and I would thank both the United Nations’ Secretary General and the Commonwealth Secretary-General, Dr. Kamalesh Sharma for helping to advance the process, particularly over the last six months.”

The Commonwealth’s unequivocal support for the safeguarding of Guyana’s sovereignty and territorial integrity, as expressed in the document, is a stance President Granger expressed appreciation for, noting that the matter had been given prominence under the leadership of outgoing Secretary General, Sharma. He said, “The Commonwealth has stood by our side and we appreciate that.”

The Head of State also noted that the Commonwealth’s support complements the efforts of UN Secretary-General Ban Ki-moon, who the President interacted with briefly at the CHOGM, to have the matter resolved. He added that under the Secretary-General there has been a markedly intensified engagement from the United Nations which has moved the process much further along the road to a final solution.

“That’s what Guyanese could look forward to if we maintain this pattern and this pace. I think they can see the controversy coming to a satisfactory conclusion, within the next three years or so. I am very happy with the way the process is moving now”, the President said.

Chairman of the Caribbean Community (CARICOM) and Prime Minister of Barbados, Freundel Stuart, who was also at the CHOGM 2015, in an invited comment to Guyanese journalists said, “We have made it very clear in CARICOM, to Venezuela, that the territorial integrity of Guyana is not up for a compromise.”

President David Granger and Minister of Foreign Affairs, Carl Greenidge, during today’s closing session at the Commonwealth Heads of Government Meeting in Malta.

Minister of Foreign Affairs of Guyana, Carl Greenidge who also spoke to the media today said that the success of Guyana’s participation in CHOGM 2015 and its ongoing relationship with the Heads who make up the international body is that they have agreed to embrace a process that is in keeping with Guyana’s position. He said, “The objective of the exercise is to reach a point where Venezuela withdraws its claim and/or where Venezuela is restrained from trying to use threats of force to achieve borders that are different from that of the agreement which it signed in 1899.”

The Minister indicated that as far as Guyana is concerned the matter will inevitably have to be taken to the International Court of Justice (ICJ) to ensure a final and binding resolution. “Venezuela’s behaviour is inconsistent with the Geneva Agreement and with peace and tranquillity in the Region”, he said.