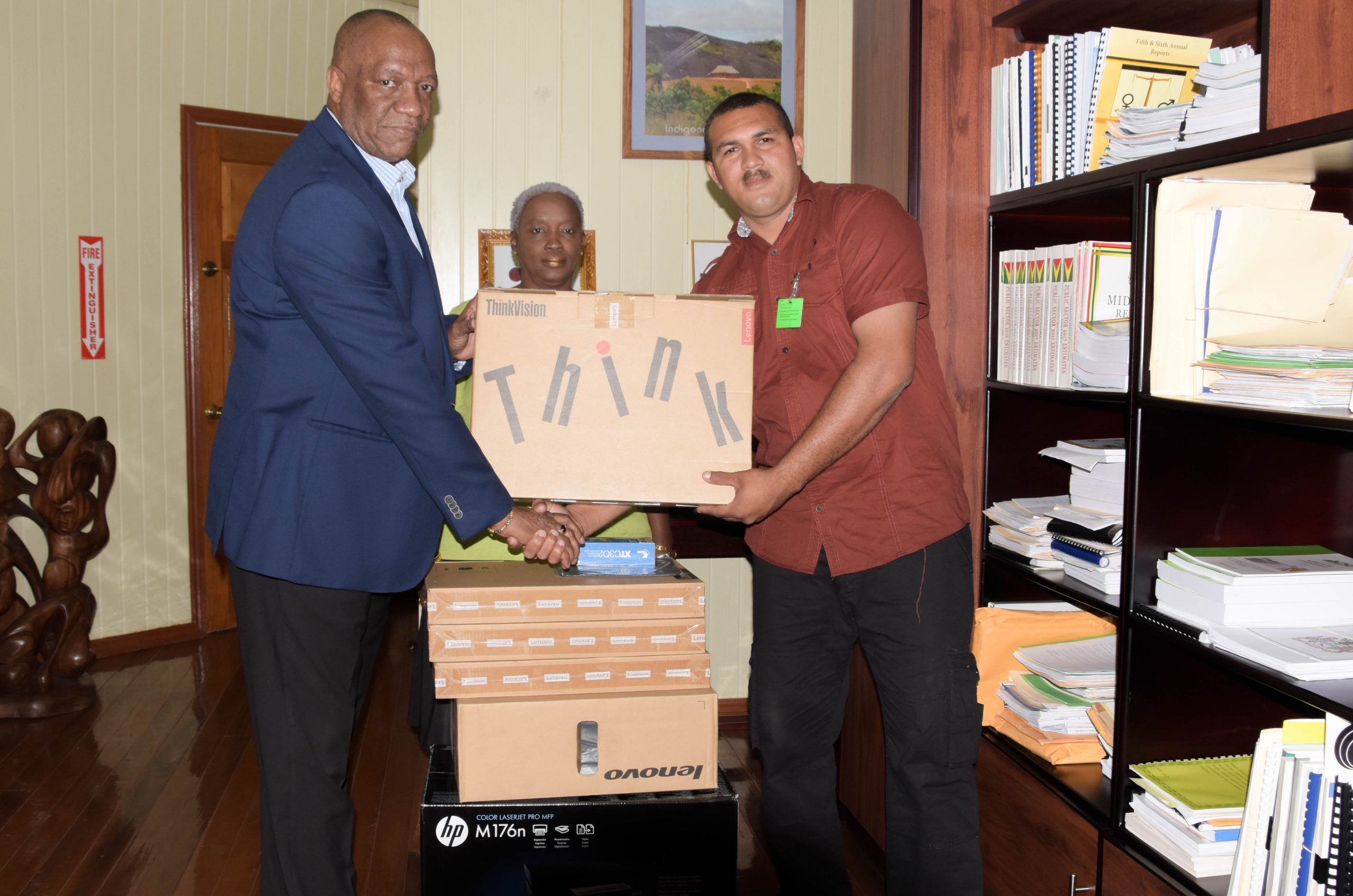 “We have expressed solidarity as Commonwealth with Guyana on the question of the territorial dispute with Venezuela and I have very close relations with the Foreign Minister, Carl Greenidge, who is a member of the Commonwealth Ministerial Action Group, which is the custodian of the core political values in the Commonwealth”, he said.

The Secretary General’s comments come at a time when the international body is set to make a strong Declaration in support of Guyana’s position in the final Communique of the CHOGM 2015.

Minister Greenidge, in response, said, “The Secretary General has captured the essence of the Commonwealth’s position on this matter. It stands with Guyana with regard to the need for all parties to respect international treaties, namely the 1899 Arbitral Award and it has not recognised that any change has taken place since then with regard to Guyana’s sovereignty over the borders specified in that award.”

President David Granger and First Lady, Mrs. Sandra Granger just before they departed for a Dinner hosted by Dr. Joseph Muscat, Prime Minister of Malta for the Commonwealth Heads of Government and their spouses at Hagar Qim

Meanwhile, President David Granger, who is attending the meeting, participated in an all-day Heads of Delegation Retreat. Coming out of that meeting, the President said that there were three main areas which topped the agenda for the leaders. These were violent extremism and radicalisation which dealt to some extent with transnational terrorism. Second, was the question of migration and third was the question of the implementation of the sustainable development goals.

With the horrific attacks in France and Commonwealth member states, Nigeria and Kenya, along with other countries, President Granger said that small States have a role to play to help fight the spread of transnational terrorism.

“I expect the Caribbean Community to take the lead in arriving at some mechanism, through which intelligence could be shared and there could be collective responses because it is clear that terrorists come from outside of the region and we have to be very careful about that. There is no way a single country could deal with terrorism. There has to be a multi-State approach”, the President said.

The President added, “Guyana was pleased that the Commonwealth is going to establish a form of a task force, which is going to investigate the sources of this extremism. Guyana was concerned that in addition to the terror which was perpetrated in Paris, France two weeks ago, many Commonwealth countries have suffered terrorism, particularly Nigeria which lost over 10,000 persons over the last six years, Kenya and of course Guyana itself was the victim of terror a long time ago – the Cubana Disaster. So we are very concerned and we expect that the Commonwealth is going to take action to investigate the violent extremism that is prevalent now and come up with a community solution.”

With regard to Kenya, which has reported an upsurge in violent terrorist attacks since 2011, Minister Greenidge indicated that Guyana continued to engage with that country at various levels before and during the Commonwealth meeting to build upon the meeting President Granger had with Kenya’s President Uhuru Kenyatta at the United Nations’ General Assembly in September. He added that Guyana and the Caribbean have been discussing the issue of fighting terrorism, so this is a common area of interest between the region and Kenya.

With regard to migration, President Granger said that while migration should not be conflated with terrorism, every country has to ensure the security of its own interests. “It is accepted that uncontrolled migration could be a source of moving terrorists from one place to the other; one country to the other. It is a question of sharing of information to prevent any jeopardy in terms of the security of nation states”, he said.

On the issue of the United Nations Sustainable Development Goals, which were also discussed at the Retreat, Commonwealth countries remain committed to the achievement of these goals. With regard to Guyana, these goals are at the top of the country’s domestic agenda. “Guyana has already accepted that it has to improve education, it has to improve access to jobs, it has to strengthen the economy, if we are to attain these goals”, President Granger said. 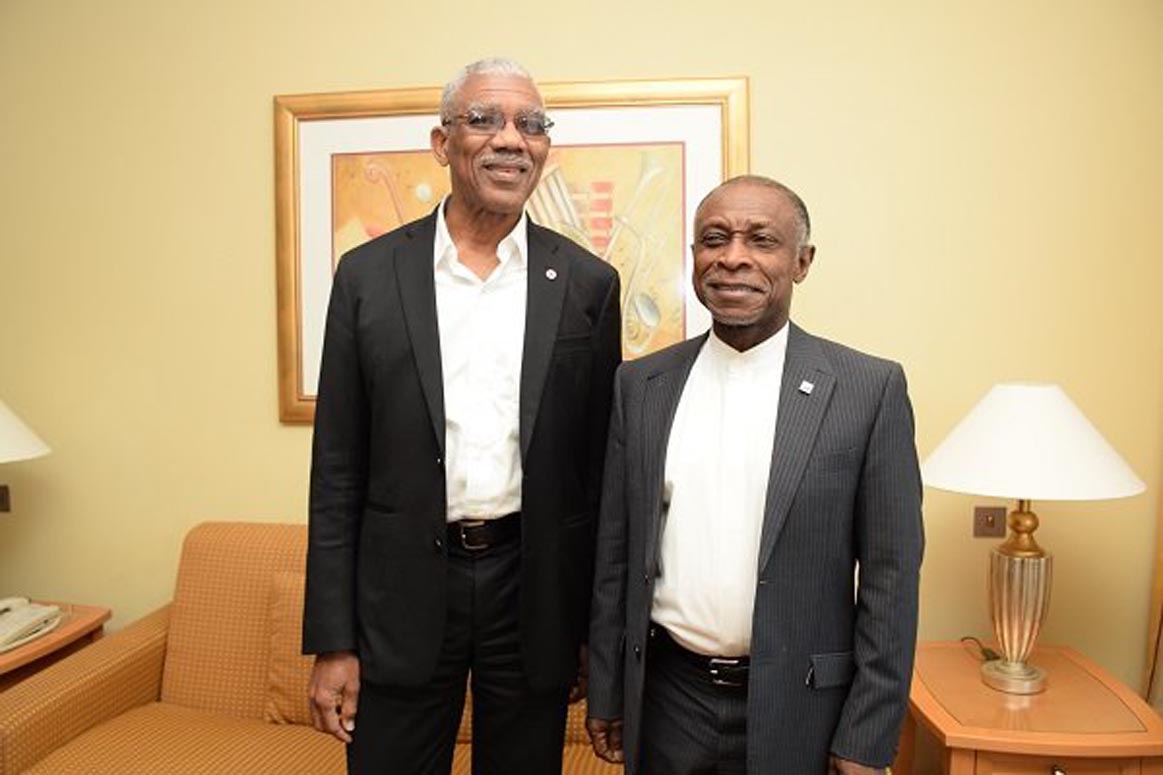 Guyana also continued to focus on bilateral engagements on day two of the CHOGM in both formal and informal meetings at all levels. Minister Granger said, “Our strategy, as we had indicated at the beginning of our term, was to re-establish or put in proper repair our relations with as many countries as we can and to focus in particular with those whom we have had traditional relations, to deepen the relations with those where the relationships may have been fractured and to widen those relationships in certain areas.”

In formal meetings, the Foreign Minister met with the Deputy Prime Minister and Minister of International Relations and Cooperation of Namibia, Netumbo Nandi-Ndaitwah and the Minister of State for Foreign Affairs/ International Affairs of Uganda, Oryem Henry Okello.

In the case of the former, discussions centred on economic cooperation and trade, climate change and women’s rights. Additionally, the Namibian Foreign Minister was also keen on discussing the Venezuela territorial claim. The two countries agreed, following the meeting, to explore the setting up of the appropriate platforms for the continuation and deepening of relations.

The Uganda and Guyana bilateral meeting focused on the setting up of mechanisms for deepening political relations. The two countries also explored the possibility of exchanges in culture, investment opportunities and the sharing of information.

Minister Greenidge noted that both Namibia and Uganda discussed the possibility of having technical and Ministerial visits between Guyana and their countries to ensure the development of strong relationships that are mutually beneficial.