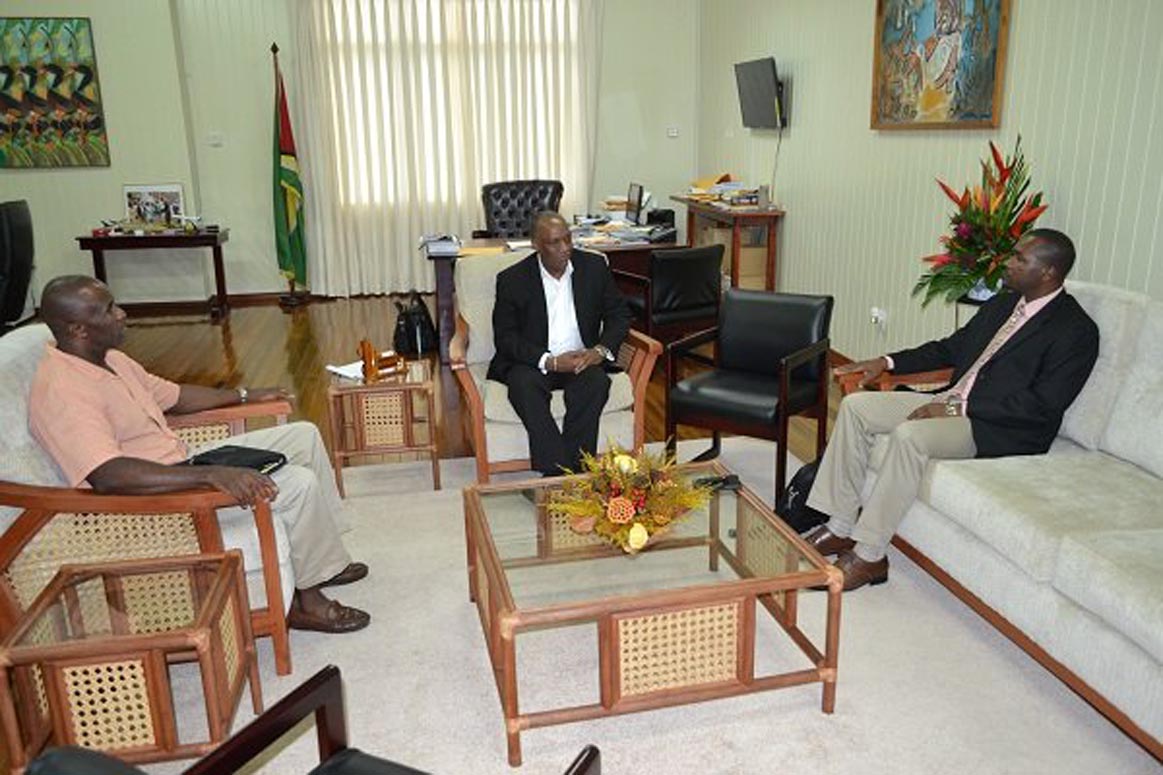 Georgetown, Guyana – (November 26, 2015) Newly elected President of the Guyana Football Federation (GFF) Wayne Forde, and Vice-President Bruce Lovell ,earlier today paid a courtesy call on Minister of State Joseph Harmon, the Ministry of the Presidency. During the meeting, the Minister pledged the government’s commitment to supporting the work of the Federation.

Forde, who is the President of the Fruta Conquerors Football Club, outlined to the Minister, his plans erase lawless practices from football fraternity in Guyana and restoring the game to its former glory.

Vice President Bruce Lovell (seated at left) with Minister Joseph Harmon and President of the GFF, Wayne Forde (seated at right) during their meeting

No name change for Botanical Gardens