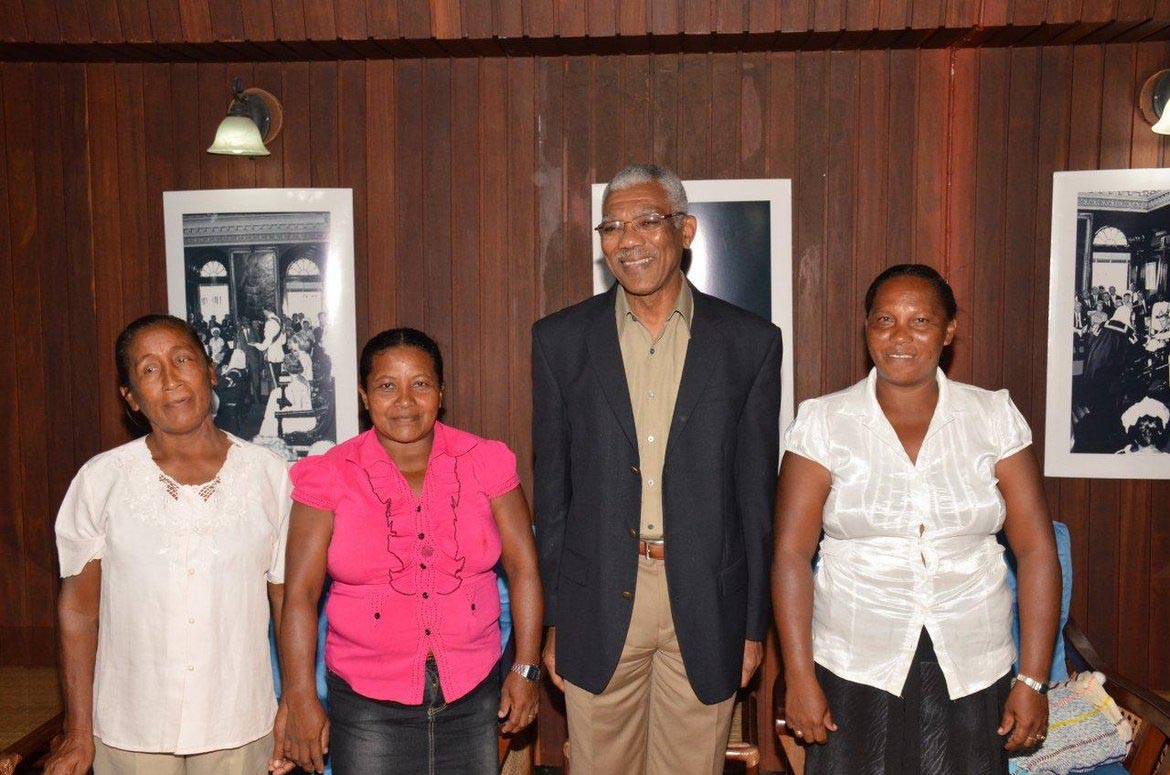 Georgetown, Guyana – (November 23, 2015) President David Granger, today, met with three members of the Moraikobai Craft Group, who presented him with a hand-woven hammock at the Ministry of the Presidency.

The group, which was led by Deputy Toshao, Mary Joseph, also included Shenella Adrian and Lynette Adrian. They also took the opportunity to inform the President on a number of issues affecting their community, which is located in Region Five.