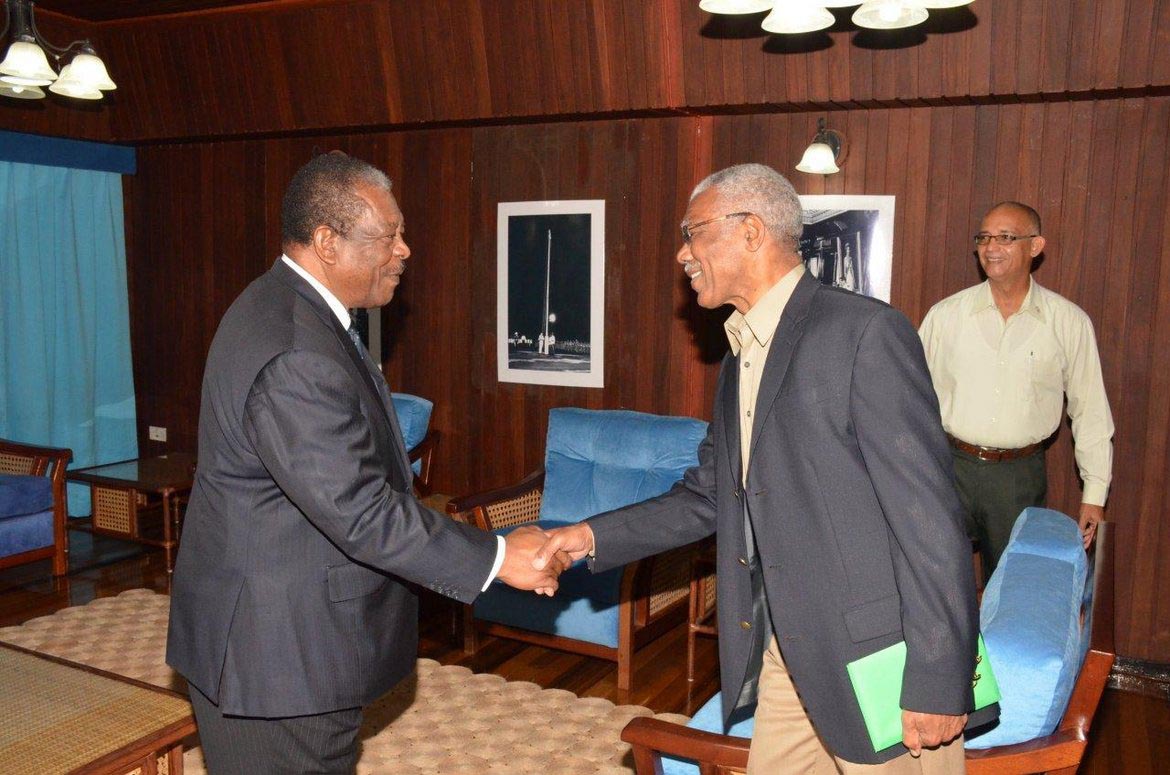 Georgetown, Guyana – (November 23, 2015) President David Granger was today paid a courtesy call by President of the Caribbean Court of Justice (CCJ), Sir Dennis Byron at the Ministry of the Presidency.

In a brief comment after the meeting, Sir Byron said that it is a protocol requirement for him, as Head of the CCJ, to visit countries that have acceded to the Court’s appellate jurisdiction, when those countries have elected a new Head of State.

He also discussed that during his meeting with President Granger, a number of issues were discussed regarding the Caribbean region and the CCJ in particular.

Sir Byron, a Kittitian by birth, is the second person to be appointed to the Office of President of the CCJ. He was sworn-in in September 2011. He was knighted by Queen Elizabeth II and he was appointed a member of Her Majesty’s Most Honourable Privy Council in 2004.

President David Granger greeting Sir Dennis Byron just before a meeting at the Ministry of the Presidency, this morning.