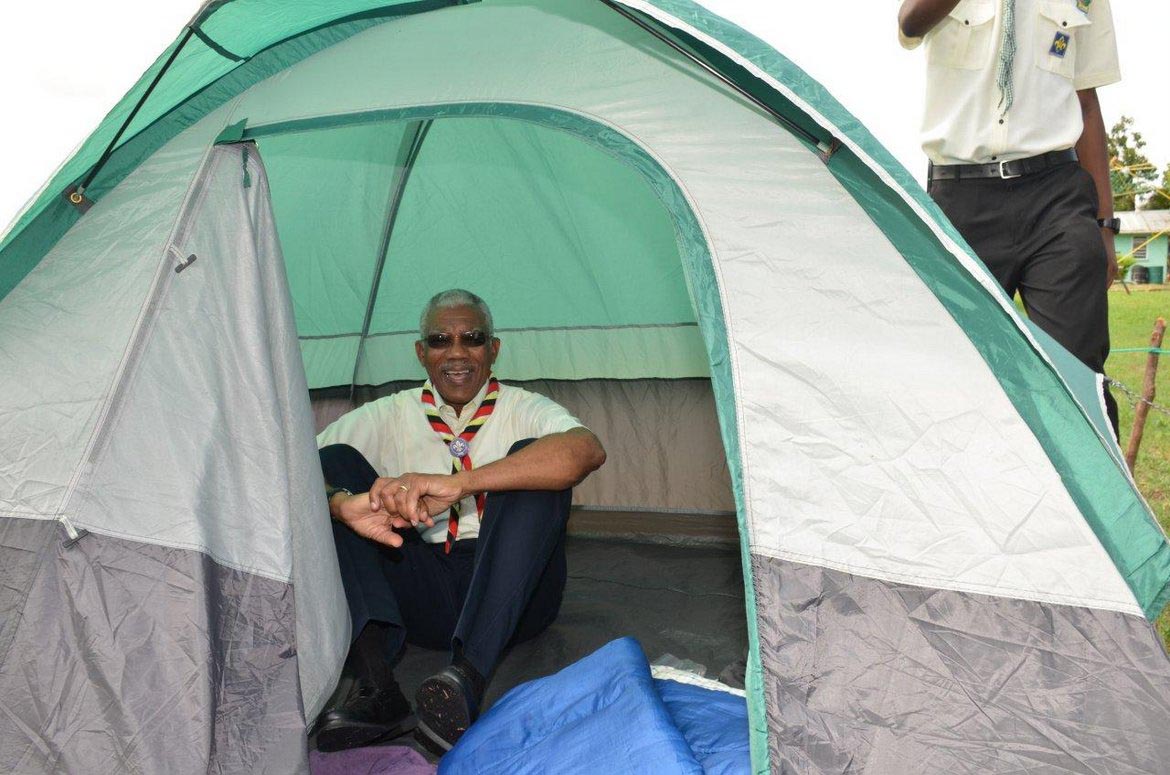 Georgetown, Guyana – (November 21, 2015) President David Granger was today inducted as Patron of the Scout Association of Guyana at a ceremony held at the Association’s Headquarters at Woolford Avenue, Georgetown. As the new Patron, the President announced an increase to the annual subvention given to the Association from a mere $120,000 to $1.2M with effect from fiscal year 2016. This announcement was met by loud applause by the 300 plus scouts who were present at the ceremony, fully decked out in their colourful uniforms.

In accepting the title of ‘Patron’ as well as the Scout’s National Scarf, President said that he is cognisant of the good work that the Scout Association of Guyana has been doing and the important role in plays in helping young people at a time when they undergo the most difficult phase of their lives; adolescence.

“The Scout Association has a proven track-record of successful mentorship of young people…it is no flash-in-the-pan or fly-by- night organisation… I would like to see Scouting develop and grow,” President Granger said.

Meanwhile, President of the Scout Association of Guyana, Ramsay Ali said that they are happy to have as their Patron, a person who has, by his life and work, demonstrated his commitment to the development of Guyana’s youths.

President Granger’s induction as Patron comes at a time when the Association is celebrating its 106th anniversary under the theme, “Together We Achieve Greatness”. Ali said that this theme embodies one of the significant pillars upon which President Granger is building a new Guyana. 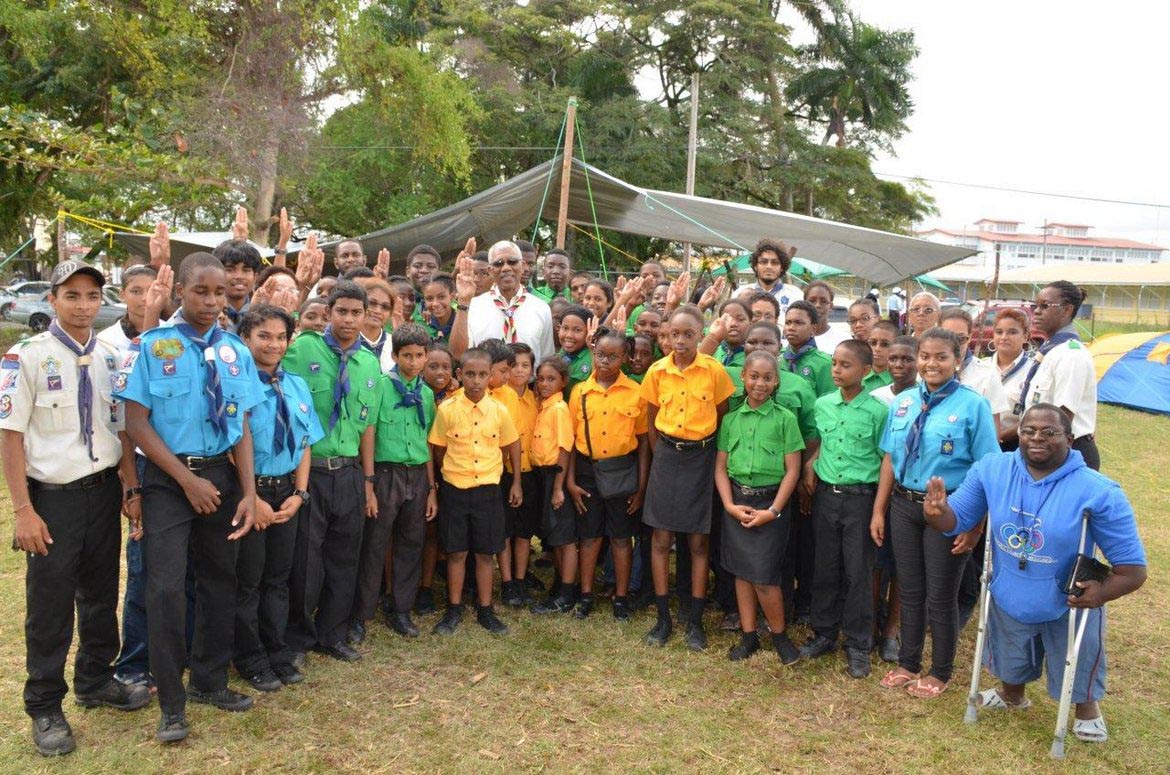 Scouts Honour! President David Granger with scouts from various parts of Guyana at the Scout Association of Guyana’s headquarters at Woolfoord Avenue

The Scout Association of Guyana is the largest and oldest youth organisation in Guyana. It was established since 1909, two years after scouting was founded in England. Guyana was the first country in the Caribbean to establish Scouts, the second in South America and the ninth in the world.