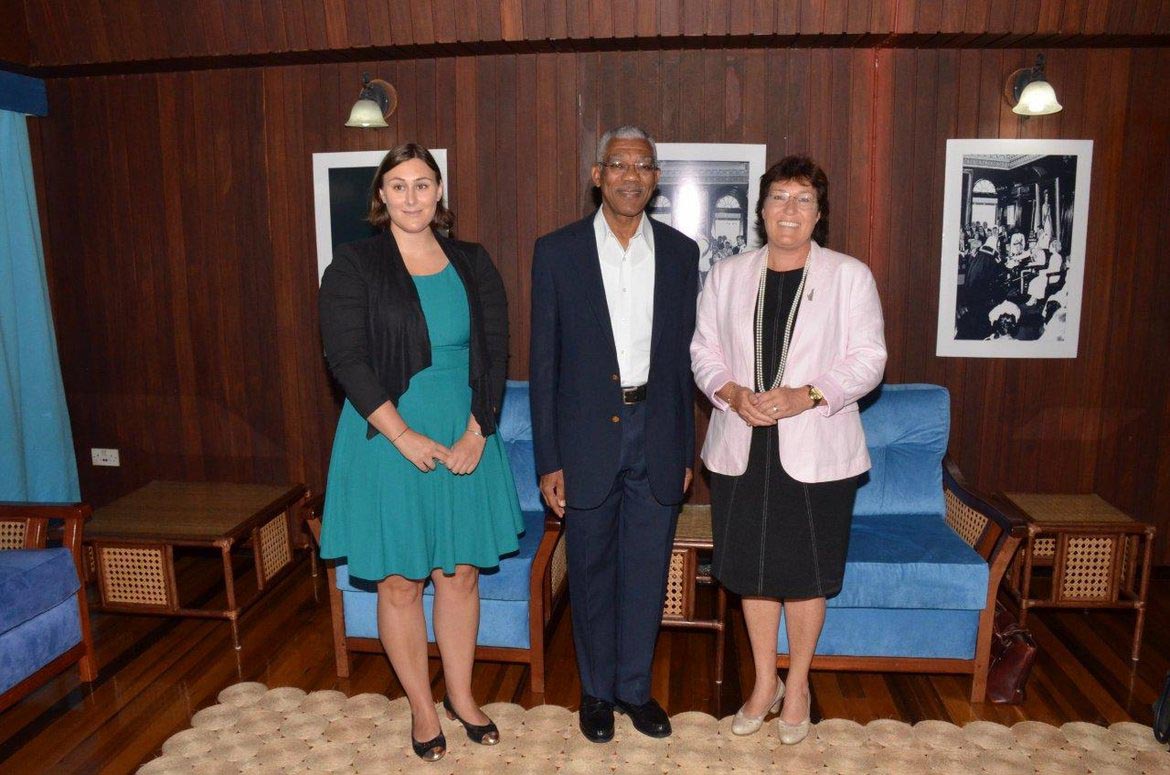 Georgetown, Guyana – (November 19, 2015) President David Granger was, earlier today, paid a courtesy call by New Zealand’s High Commissioner to Guyana, Her Excellency Jan Henderson. Following the meeting, which was held at the Ministry of the Presidency, Ms. Henderson, in an invited comment, said the discussions were centered on ways in which the long standing relations between the two countries were strengthened.

“Particularly we were looking at engagements around the green economy. New Zealand is very passionate about the environment and conservation and also about agriculture and how we really make our way in the world by utilising the land, but being very conscious about its sustainability,” Henderson said.

Against this backdrop, the High Commissioner, who is based in Barbados, said that it is her opinion that New Zealand’s approach is very consistent with Guyana’s approach.

In picture, President David Granger takes a photo opportunity with New Zealand’s High Commissioner to Guyana, Her Excellency Jan Henderson and Ms. Rachael Pringle, Second Secretary, during their engagement at the Ministry of the Presidency.

No Decision Made By Department of Natural Resources & Environment On Baishanlin