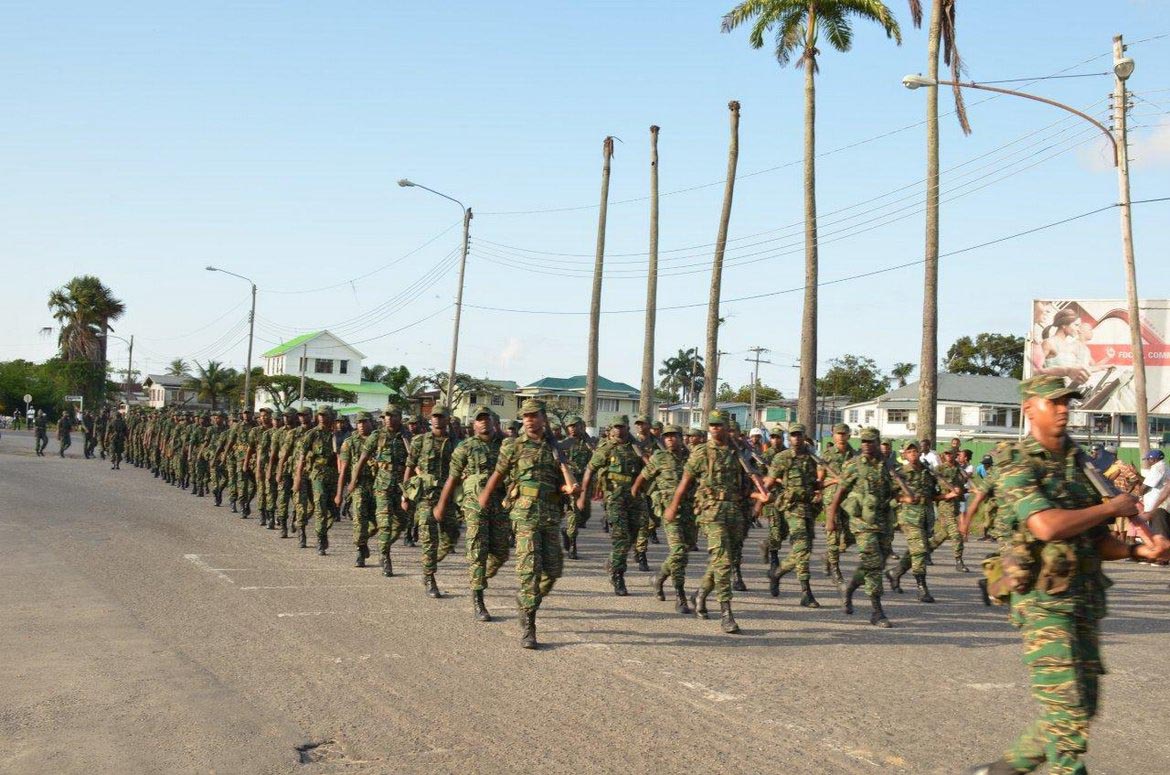 Georgetown, Guyana – (November 14, 2015) President of the Cooperative Republic of Guyana, His Excellency Brigadier David Granger was joined by Prime Minister Moses Nagamootoo and the Chief of Staff of the Guyana Defence Force (GDF), Brigadier Mark Phillips to receive the salute during the army’s 50th anniversary route march.

Also joining the party at the Square of the Revolution were Minister of State, Joseph Harmon and Minister of Legal Affairs, Basil Williams. After taking off from Base Camp Ayanganna dressed in military fatigues reflecting the arms of the GDF, the ranks took a circular route through Georgetown; marching along Durban Street then unto Cemetery Road before giving the salute at the Square of the Revolution.

Some of the army ranks as they marched pass the Square of the Revolution shortly after giving the salute. 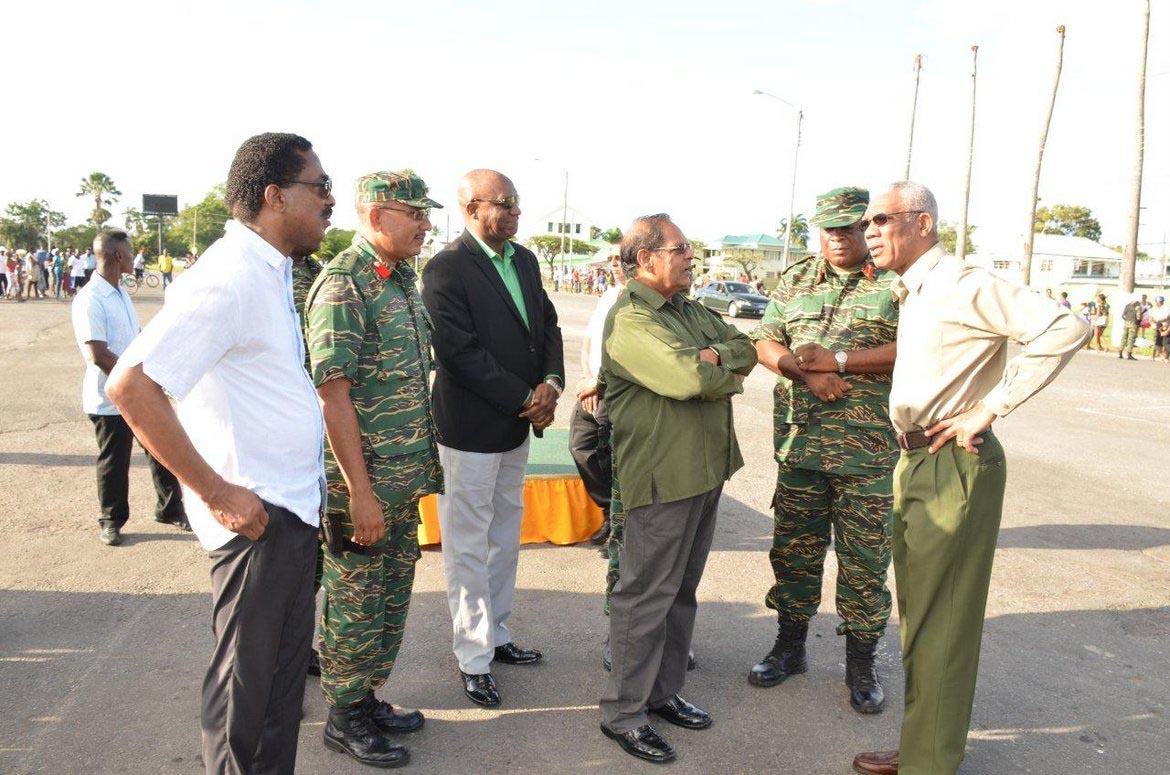 President of Guyana, His Excellency Brigadier David Granger in discussion with Prime Minister Moses Nagamootoo, Minister of State, Joseph Harmon, Minister of Legal Affairs Basil Williams, Chief of Staff of the Guyana Defence Force, Brigadier Mark Phillips and Colonel Nazrul Hussain shortly before the route march made its way pass the Square of the Revolution.

This morning’s activity is one of several planned to celebrate the army’s 50th anniversary. Other events to come include the Military Command competition, which is slated for November 27 at Base Camp Stephenson, a Veteran’s Day event on November 20 at Base Camp Ayanganna and the grand military Tattoo display will be held on November 21 at the same venue. Already, a church service was held on November 1 where the President announced that the same date has been named “Defence Day” on Guyana’s calendar. 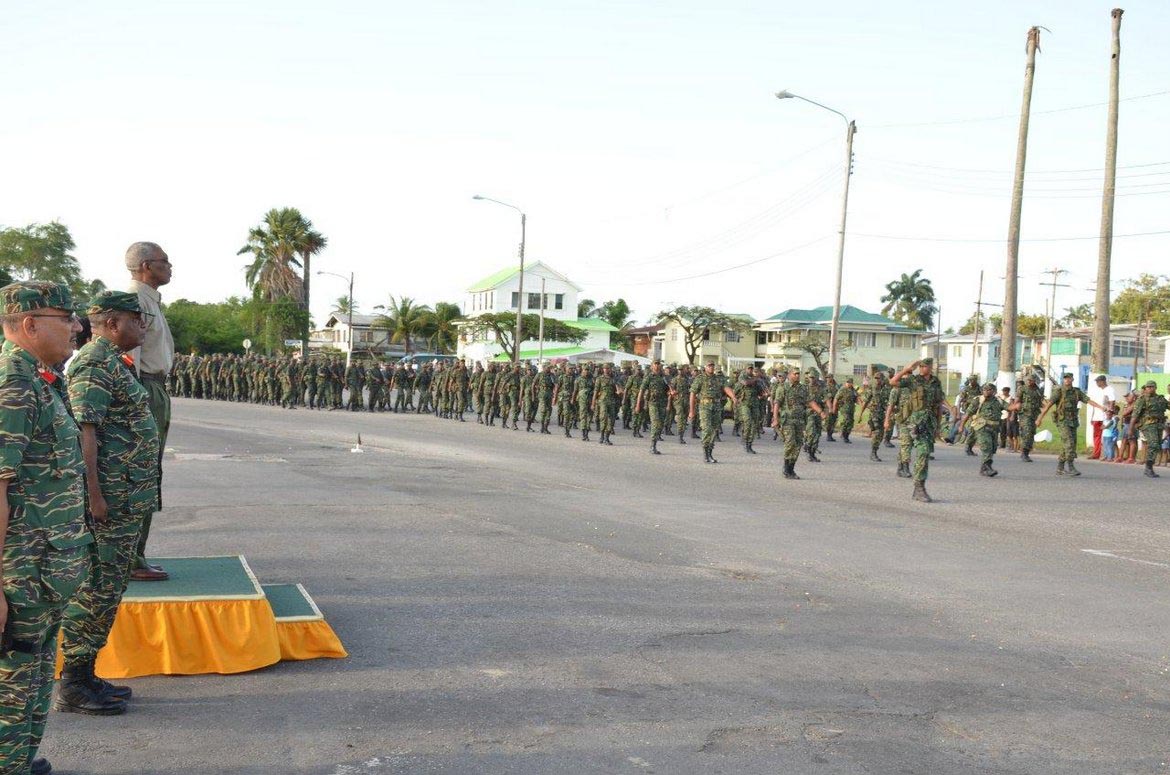 President David Granger taking the salute as the ranks marched pass the Square of the Revolution.