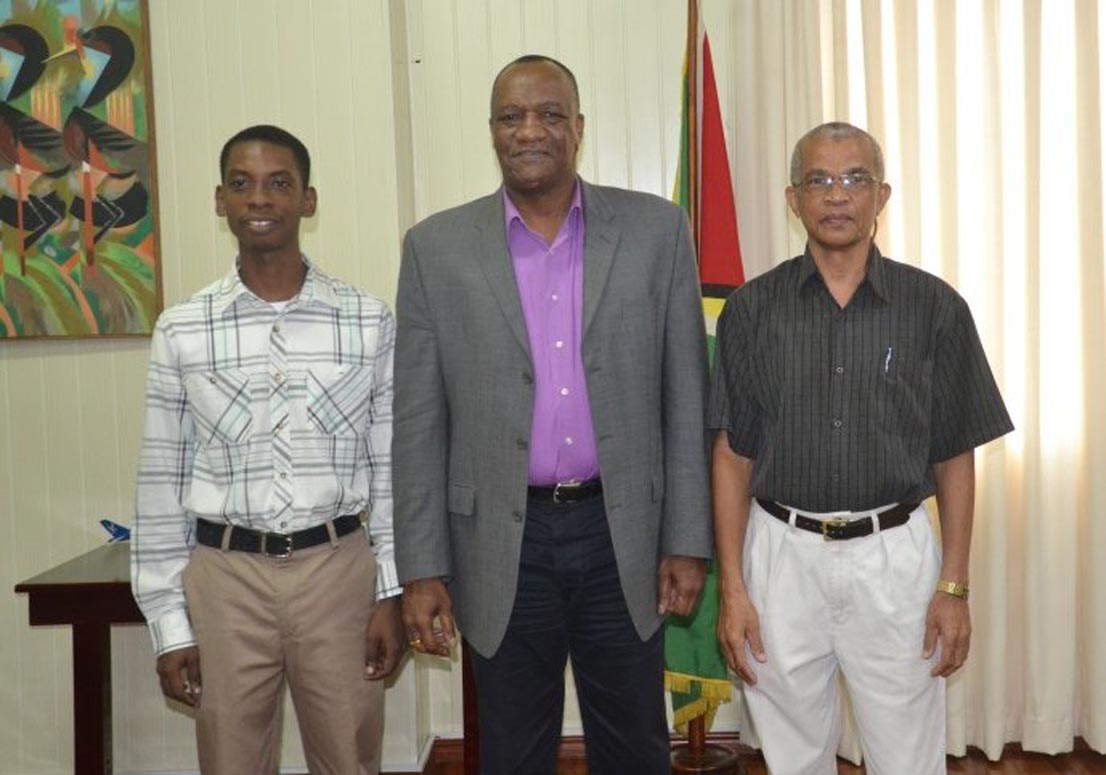 Georgetown, Guyana – (November 12, 2015) Minister of State, Joseph Harmon was today paid a courtesy call by Mr. Joel Tucker and Mr. Peter Assing from the Gideon International Organisation, who presented him a copy of the Bible.

In accepting the Bible, Minister Harmon noted that any religion plays an important role in the building of society and a country.

The group had paid a courtesy call on President David Granger a weeks ago, during which they also presented a copy of the Holy Bible to him.

Gideon International is an evangelical Christian association, whose primary activity is distributing copies of the Bible, free of charge.