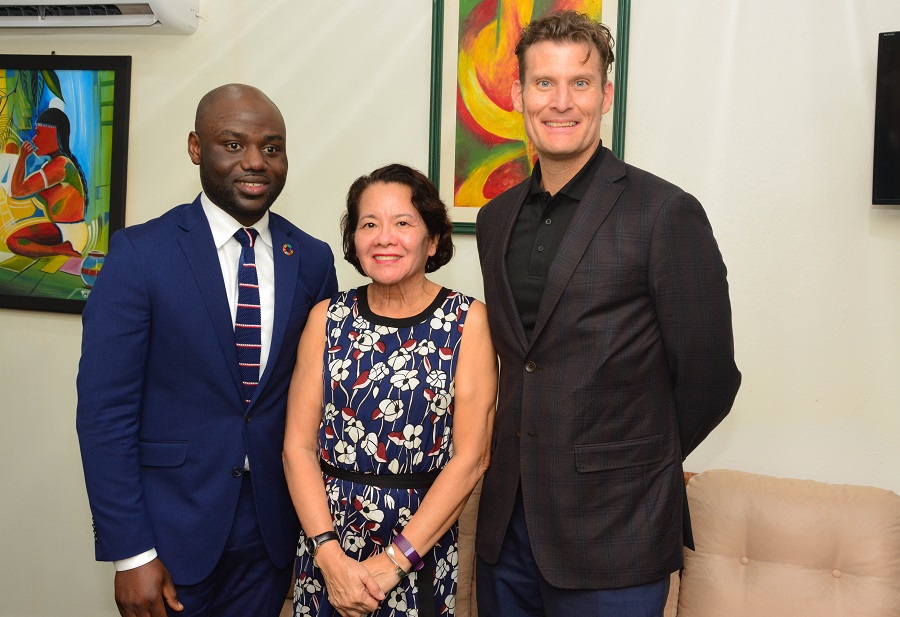 Georgetown, Guyana – (November 11, 2015) Minister of Governance, with responsibility for the Natural Resources and the Environment sector, Raphael Trotman and Minister of Public Infrastructure, David Patterson, yesterday, paid a visit to the ETK Incorporated; a subsidiary of Sandspring Resources Limited, a Canadian company; which is located at Toroparu, Region Seven (Cuyuni- Mazaruni).

The visit was intended to give Minister Trotman an overview of the company’s operations and to enlighten Minister Patterson on the Hydro-power project being undertaken by the company to support the running its day to day activities.

The Toroparu Project, which is still in its exploration stages, is expected to be larger than the Guyana Goldfields/ Aurora Gold Mines Project and Troy Resources, Karouni Gold Project. As such, Minister Trotman noted that the visit was a necessity.

From Left: Sir Shridath Ramphal, Minister of Public Infrastructure, David Patterson, Minister of Governance, Raphael Trotman and Ministerial Advisor to Minister Patterson, Kenneth Jordan paying attention to the presentation, which was made on the company’s operations.

“Our job is to facilitate investments into the industry and the country and to ensure that the Essequibo is beneficially occupied and the resource base is explored and developed. I am equally excited about the prospect of the Hydro project that would accelerate development in the Region and even be able to provide energy to the grid,” Minister Trotman said after the visit. 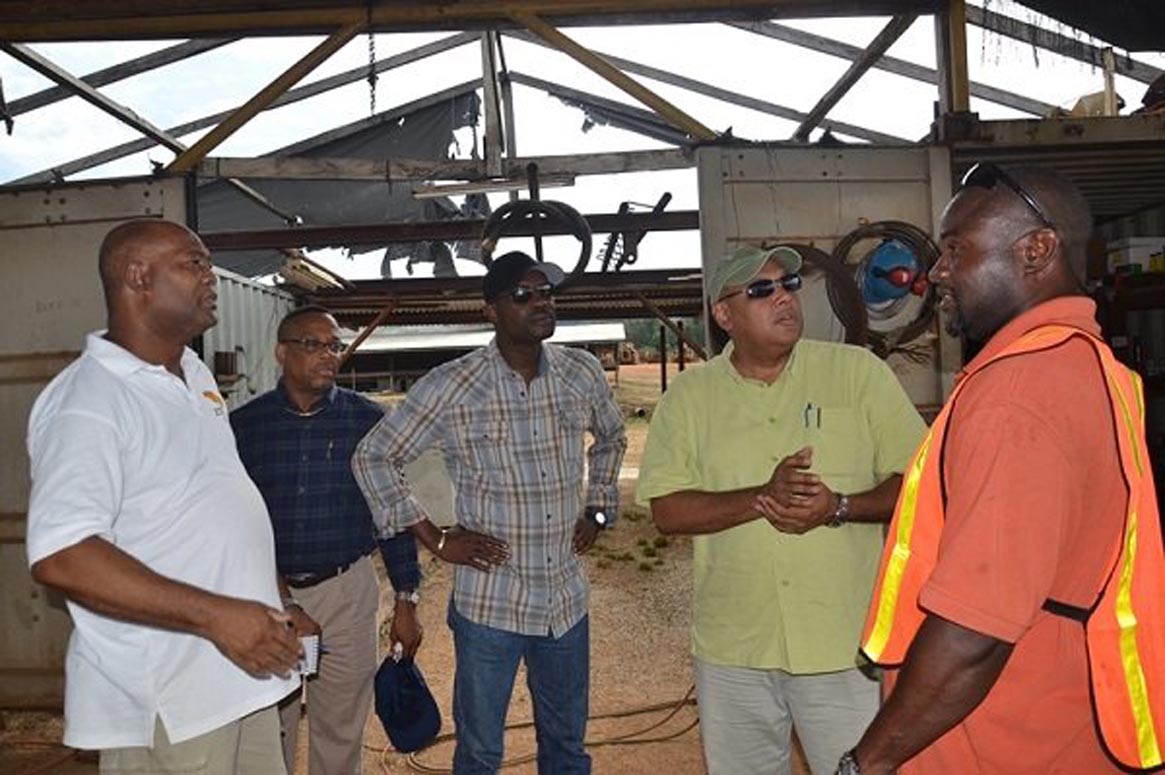 According to the company’s website, in April 2013, Sandspring signed a Memorandum of Understanding with the then Government of Guyana granting the Company the exclusive right to develop the Kurupung River Hydroelectric Project (KRHP). Located approximately 50 km southwest of Toroparu, it is estimated that the KRHP can support more than 100 megawatts of run-of-river hydroelectric capacity. An initial 50-megawatt run-of-river facility would support the Toroparu Project and other enterprises located within 120 km of the power plant. Sandspring estimates that the use of hydroelectric power could reduce its cash operating costs by US$60 to US$80 per ounce of gold produced. Such a reduction would not only result in significant cost savings over the life of the Toroparu Project, but also increase the economic viability of mining additional resources not currently in its mine plan.

Given the Government’s new push for a green economy, Minister Patterson has expressed interest in this this venture. In the meantime, however, the visit also provided the opportunity for the Minister of Public Infrastructure to determine the transport needs in the area. 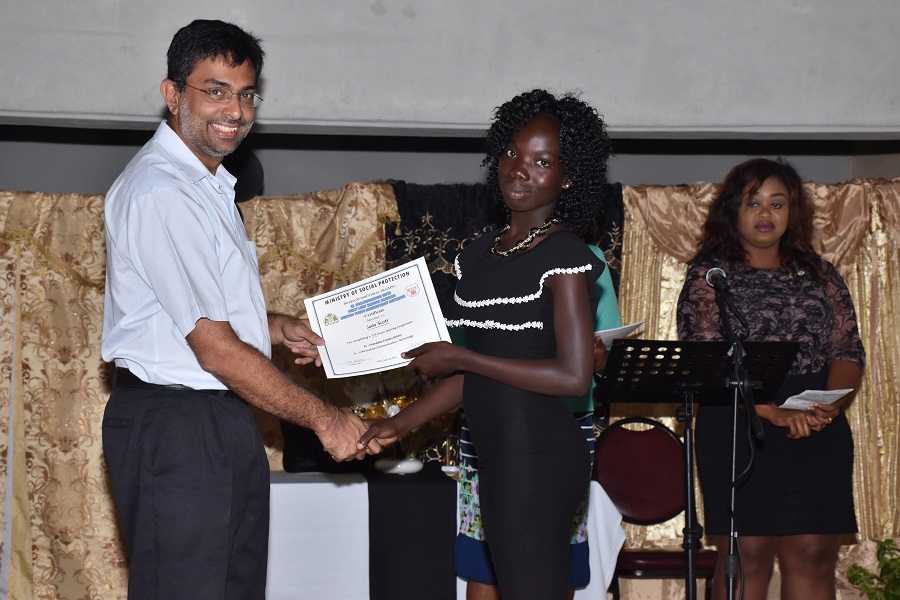 “I am looking at two things here in this Region; the roads and bridges, which come under my Ministry and the possibility of Hydropower here. My visit, however, was primarily to check on the roads. This company maintained it in the past but they have indicated that they cannot continue to do so, and so we are looking at the various options available to maintain the road because lots of miners use it but the Hydropower plan is very economical and very interesting,” Minister Patterson said.

After a brief presentation on the operations of the company, the Ministers and team, which included Sir Shridath Ramphal, Permanent Secretary, Department of Natural Resources and the Environment (DNRE), Joslyn McKenzie, Ministerial Advisors, Clayton Hall (DNRE) and Kenneth Jordan (Ministry of Public Infrastructure) and President of the Guyana Manufacturing and Services Association (GMSA), Norman McLean, were given a tour of the current operations. 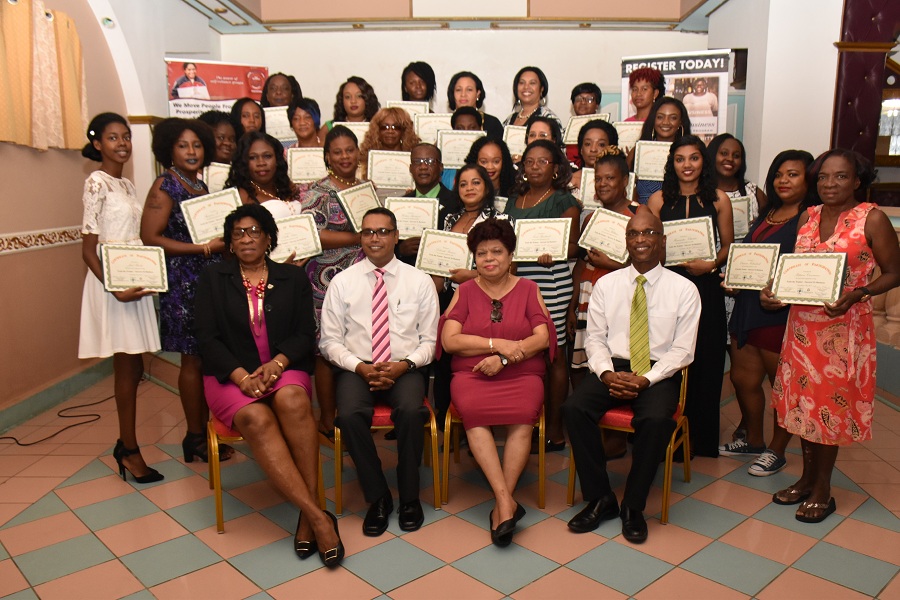 Minister Trotman listens as this technician at the ETK Incorporated Toroparu Mining Camp, explains the procedure for storing the ore material.

Chief Executive Officer of ETK Inc/Sandspring Resources Ltd, Rich Munson, who accompanied the team to the camp, pledged his commitment to working with the Government as he expressed optimism and confidence in having a successful venture in Guyana despite falling gold prices.

The Toroparu Project is a conventional open pit mine. The company’s website says that it has a 4.1 million ounce proven and probable gold reserve, 211 million pounds of economic byproduct copper, and a 16-year mine life. The ore processing facility is being designed to accommodate two ore types with varying amounts of copper.

It will consist of flotation and leaching circuits, and produce gold-bearing copper concentrates for shipment to a smelter, and gold doré bars that will be poured on-site and flown to a refinery. This facility is expected to process an initial throughput of 19,000 tons per day, and increase to 22,500 tons per day in its fourth year of production.