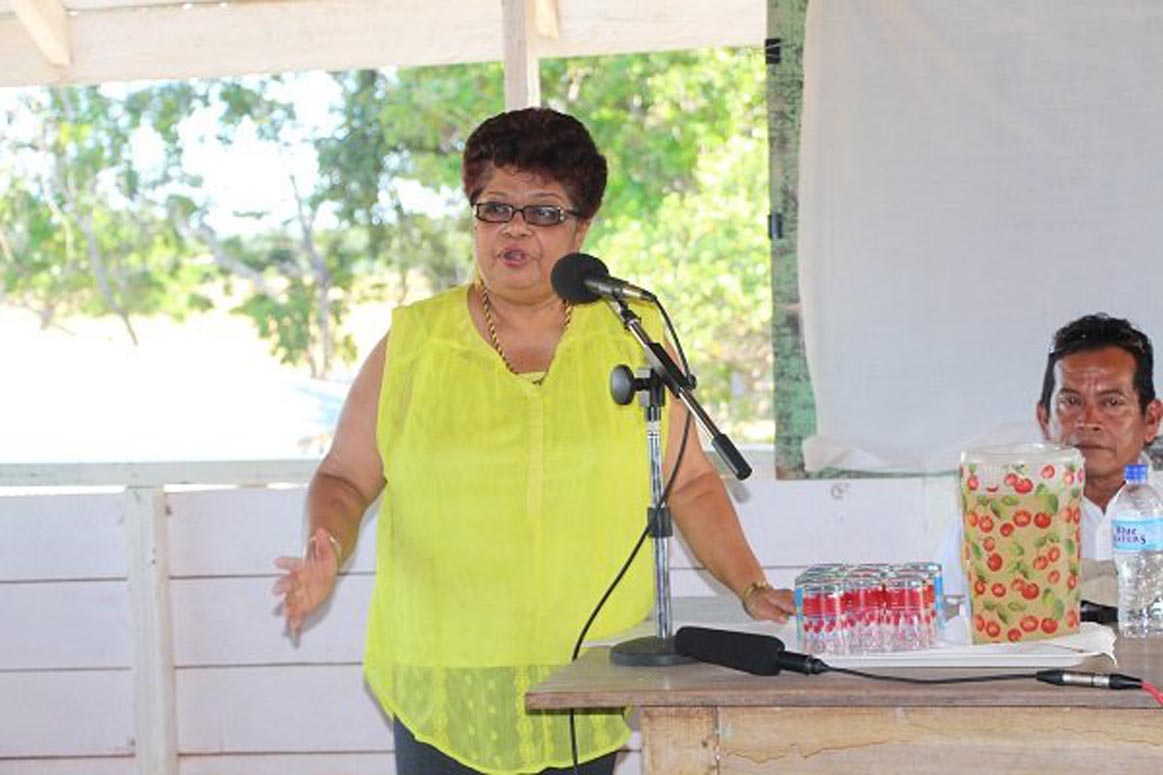 Georgetown, Guyana – (November 9, 2015) Minister of Social Cohesion, Amna Ally, over the weekend, partnered with the Institute of Applied Science and Technology (IAST) to provide support for small and medium scale farmers and producers in Region Nine, with the aim of enhancing their economic, social and financial capacities.
The partnership will see farmers and other producers being able to better develop and market their products and hence, improve their earning power.

On Saturday, an 11 member team, headed by Minister Ally and Professor Suresh Narine, Director of the IAST, visited Bina Hill, North Rupununi, where they met with several women’s groups including the Macusi’s Research Unit (MRU), Medicine From Trees Women’s Group, Aranaputa Peanut Processors Friendly Society and small scale farmers. The visit provided the team with the opportunity to examine the products made to see what can be done to improve the consistency of quality, texture and labelling and the development of marketing strategies.

Addressing the residents at Bina Hill, Minister Amna Ally related that her Ministry has recognised that social cohesion and national unity cannot be achieved if economic and financial stability is not present. As such, she noted that the Ministry is engaging stakeholders to determine what is needed to support community empowerment.

“As part of our programme, we are going around to various communities to give whatever kind of help we can, to assist in empowering not only women but men as well. Since I am aware that you need help, the IAST will try as far as is practicable to assist you. We will try as far as possible to see what help can be given because we would like the groups of this region to progress,” Minister Ally said. 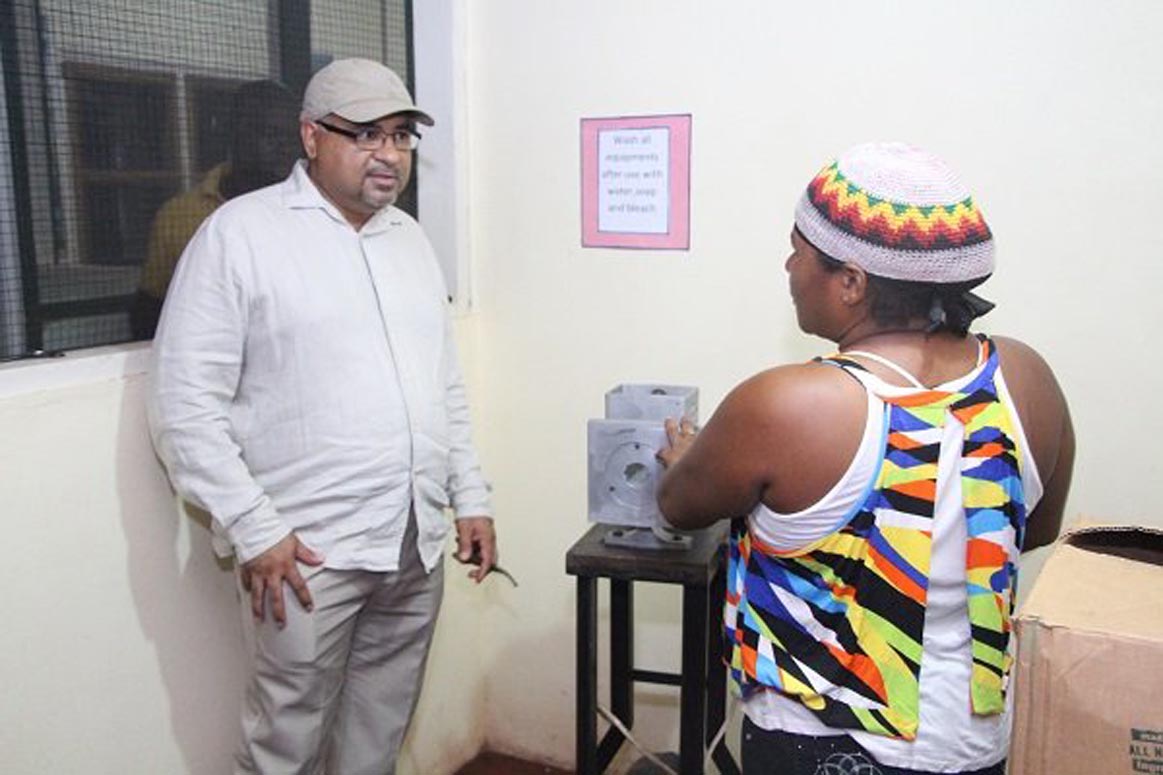 One of the female staff of the Aranaputa Peanut Butter Factory, shows off the equipment used in the peanut butter making process.
The IAST will be partnering with this group to enhance the consistency of the peanut butter as well as to increase their production levels.

Director of the IAST, Dr. Suresh Narine related to the residents that the Institute of Applied Science and Technology is an industrial research organisation, which has as its mandate the development and/or adaptation of appropriate technology for the utilisation of Guyana’s natural resources, so that these resources can be gainfully developed and exploited for the benefit of the people of Guyana.

To this end, he said that the IAST would like to assist small scale farmers so that they can derive maximum benefits from their products. “Our job is to inject technology into various projects to try to make whatever it is that you are making, a little better, less labour intensive, to have more quality control and so on,” Dr. Narine told the residents. 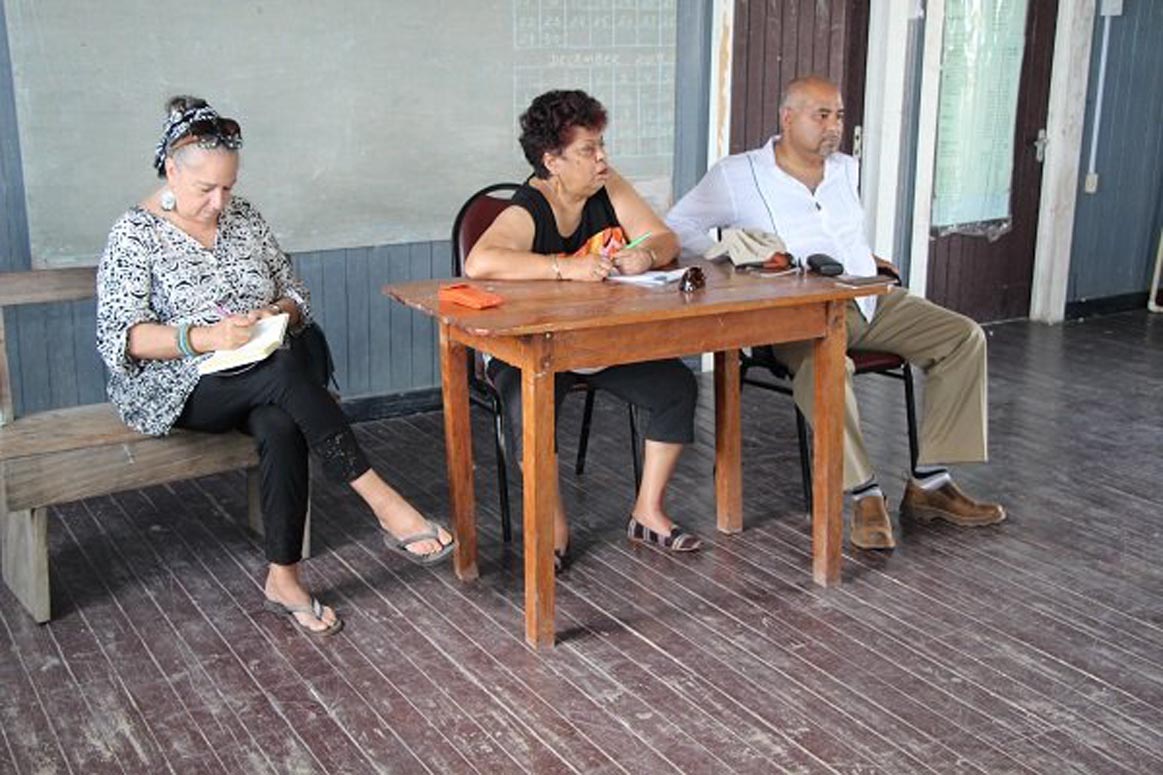 He noted that through discussions with the Macusi’s Research Unit and Medicine from Trees Group, it has been agreed that the Institute will work with the group to put scents and flavours into their products; body lotions, oils and soaps. This will ensure that higher priced markets can be accessed. Additionally, the IAST will work with the Aranaputa Peanut Producers to increase and improve their production of peanut butter for markets in Georgetown and overseas.

Dr. Narine also committed to flying 15 members from the working groups to the IAST labs in Georgetown, so that they can see first-hand, the enhancement methods that will be incorporated into the development of their products. Additionally, two elders will be given the chance to attend the Indigenous Elders Conference in Canada, where traditional medicines, indigenous culture and language and other related matters are discussed.

Over at Parishara, the team met with another mixed team of producers and carvers and similar issues were discussed. At the meeting, the carvers asked for assistance for the procurement of tools needed to improve and reinvent their production methods. Minister Ally and Dr. Narine indicated that they would explore this possibility
The women of the village requested support for the procurement of sewing machines and Minister Ally has made arrangements for the group to meet with Minister of Social Protection, Volda Lawrence, who has responsibility for this area, so that their request can be considered. 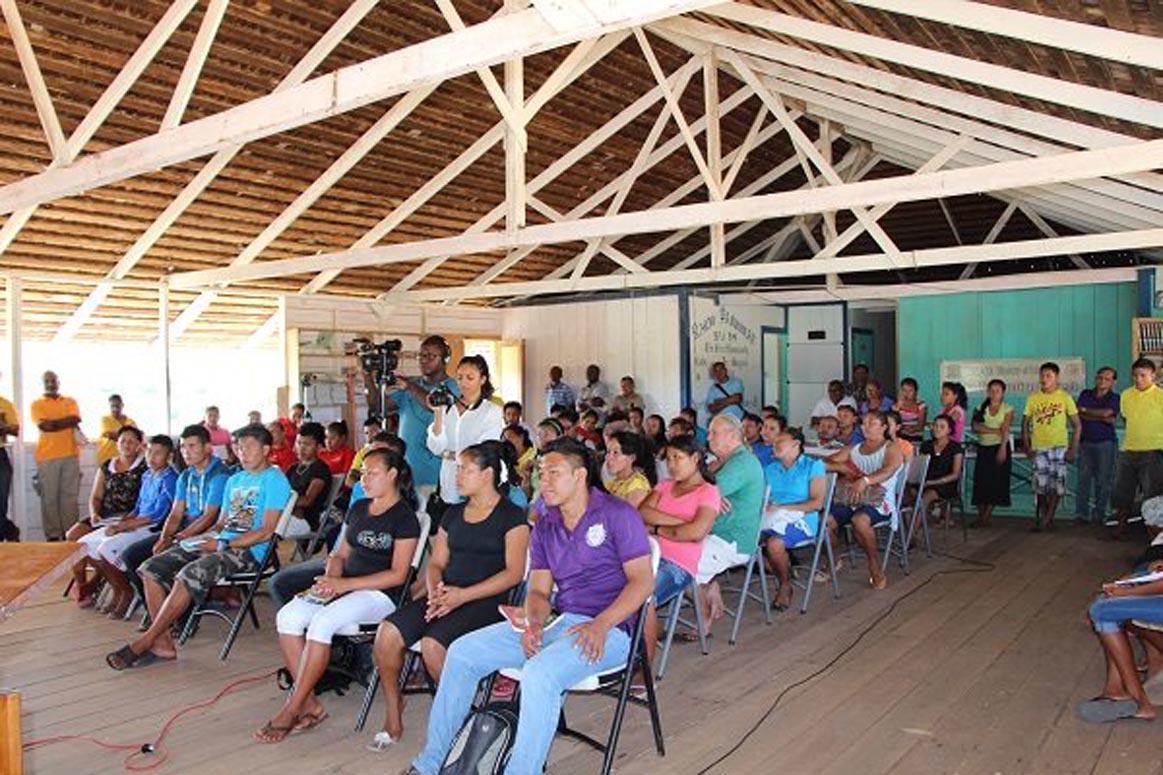 The gathering at the meeting at Bina Hill, North Rupununi on Saturday.

Once procured, Dr. Narine assured the group that the IAST conduct training on the tendering process so that they can apply for a win bids to provide sewing services to different agencies.

The IAST will be sending a team within the next three weeks into the Region to commence work with the groups on the projects identified, while the Ministry of Social Cohesion will be monitoring the progress made on these projects.

Message by His Excellency Brigadier David Granger, President of the Cooperative Republic of Guyana, to the Nation on the occasion of Deepavili 2015 (Festival of Lights)