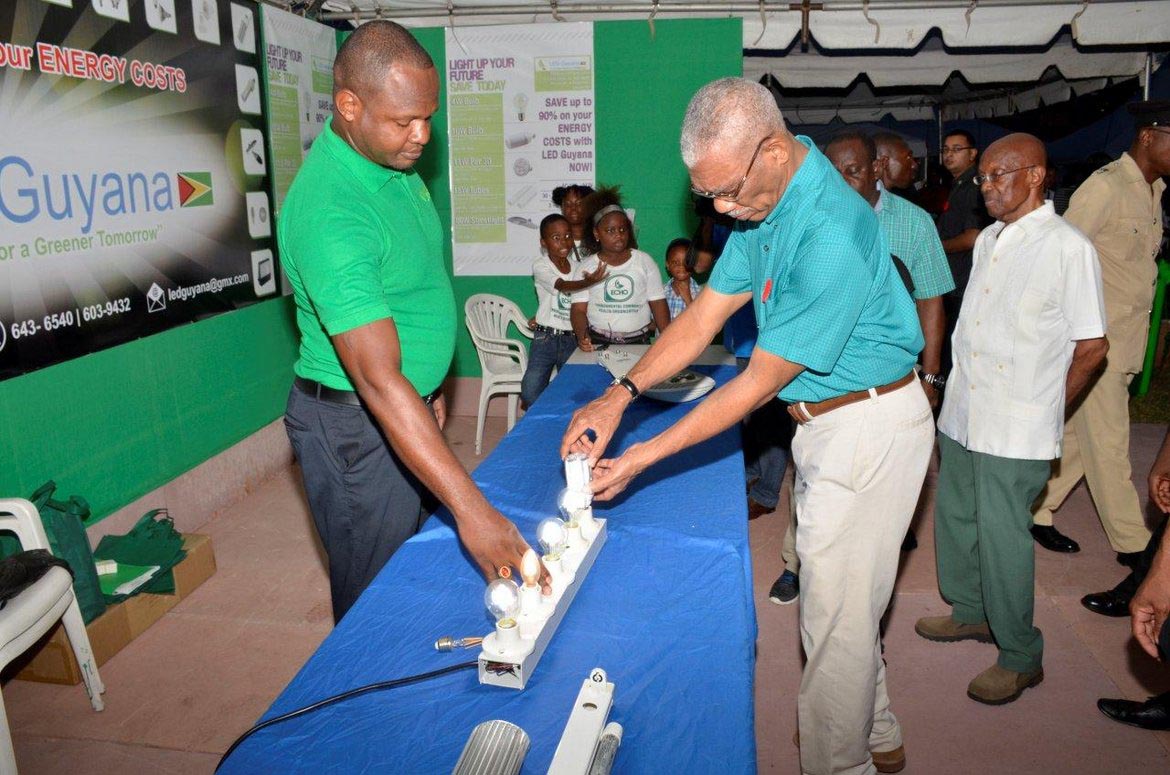 Georgetown, Guyana – (October 31, 2015) The efforts over the past five months by the Mayor and City Council (M&CC) to restore the capital city have not gone unnoticed and they have come in for high praise from the President David Granger. Earlier this evening, the President joined participants at the Council’s first ever “Green Conference and Expo”, which started today and will conclude on November 1.

“I would like to thank you all, and the council for leading this campaign. I would like to congratulate you for what you have achieved,” the President said. He also urged the council to continue its work leading up to the Independence celebration and beyond as he called on them to ensure that what is being done is done in a sustainable manner.

Meanwhile, according to communication liaison for the event, Zena Henry, the Council has embarked on a new approach in its efforts to rebrand, renew and revitalise the city of Georgetown and its image. She said that based upon a ‘Presidential Order’, the country is pursuing its developmental programmes, within a green framework and environmentally friendly atmosphere.

“Since the ascension of the current Administration, a serious position has been taken to restore the capital Georgetown and other regions, to promote a ‘clean and green environment’.” This approach was emphasised in the 2015 Budget, entitled, ‘A fresh start to the good life in a green economy’.

President David Granger installing an energy saving bulb at one of the booths on display at “Green Expo”.

The Conference and Expo is expected to promote a national discussion that raises awareness on Guyana’s green potential, to sensitise stakeholders on the M&CC’s green campaign and to establish partnerships in prompting and maintaining a ‘clean and green’ environment.

The expo features booths, which display green technology, eco-friendly options and promote conservation methods that span the energy sector, manufacturing, food and beverage distributors, electrical, construction and mechanical services, mining, health and waste management, among other areas. The Green Conference and Expo will be an annual event, supported by the Government of Guyana. 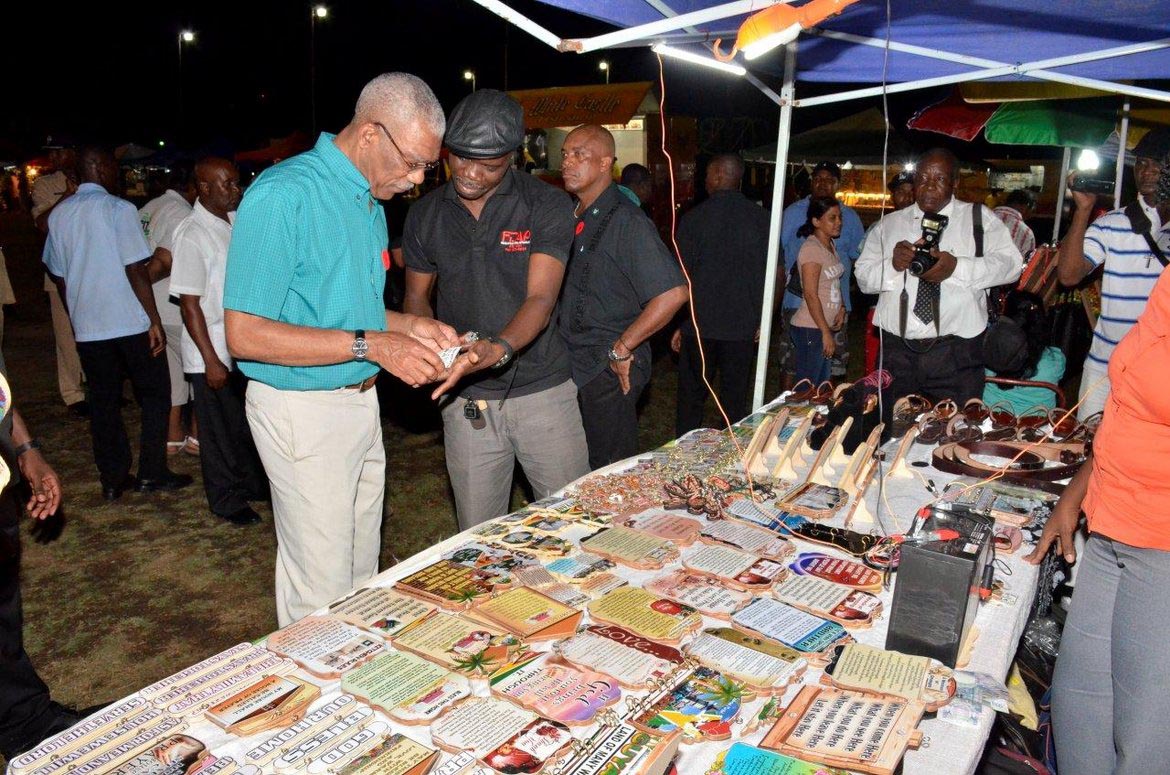 The President as he takes a look at some locally made craft and jewellery.