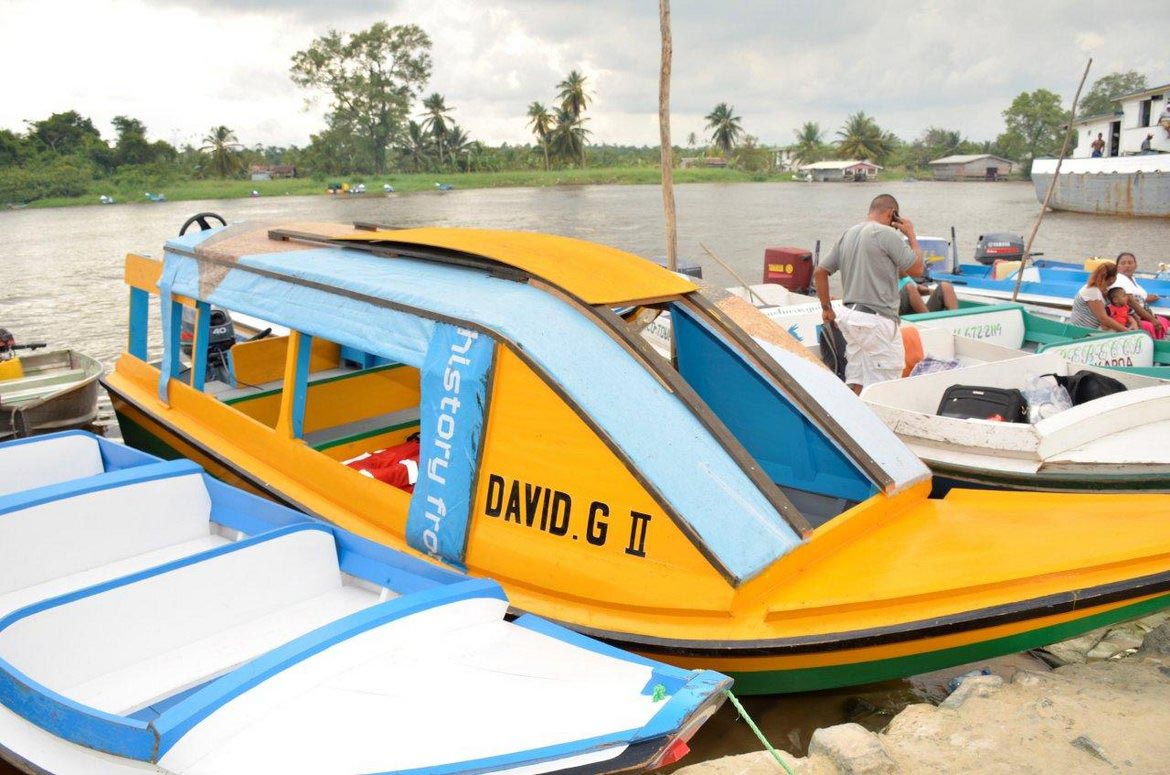 Georgetown, Guyana – (October 30, 2015) Another boat was handed over to the children of the Pomeroon, today, as part of President David Granger’s ‘Buses, Boats and Bicycles’ or ‘three Bs’ programme aimed at ensuring that all the children of Guyana are able to get to school. The ‘David G II’ was donated by CGX Energy Incorporated and brings to three, the total number of boats that have been provided through the programme, which is made possible through partnerships between the Government and members of the private sector.

At the Commissioning ceremony in Charity, this afternoon, President Granger said, “I do believe in the marrow of my bones… that if every Guyanese child got access to education we will be able to solve many of the developmental and economic problems facing this country. Just give the child access.”

The President also added that the idea for the ‘three Bs’ programme was birthed in the Pomeroon when a resident told him that he was forced to pay $5000.00 per week to get his children to school. He told the large crowd of residents and school children that he has listened to all they have said and now he is using their vote to work for them.

The David G II, which will serve the children of the upper Pomeroon

The Head of State added that education and ultimately the development of Guyana was an important factor in maintaining territorial integrity. “This (Guyana) is ours and we have to make sure that this country is well developed and that we are well educated, so that Guyana remains ours”, he said.

Referencing the threats to Guyana’s borders, President Granger called on the residents of the Pomeroon and all Guyanese to stand strong in defence of their patrimony. “Children, this is yours to inherit. ‘Big people’, this is yours to protect. All Guyanese, you must stand up for Guyana.”

Co-Chairman of CGX, Professor Suresh Narine, who participated in the commissioning of the boat, said the company was one of the first private sector organisations to jump at the opportunity to sign on to the programme, after President Granger called for boats for the children, rather than gifts for his birthday.
“Without investment in our education, the future of this country is highly uncertain and so anything that we do to add to this investment is crucial,” he said.

Reflecting on his own experience, growing up in a poor family, Narine said that through education he has been able to see the world. He urged teachers and parents to recommit themselves to the idea of a fully literate society. The Co-Chairman added that over the past five years, CGX has invested about US$750,000.00 in the education sector in Guyana, since it views this as a priority area and urged other agencies in the private sector to follow suit. 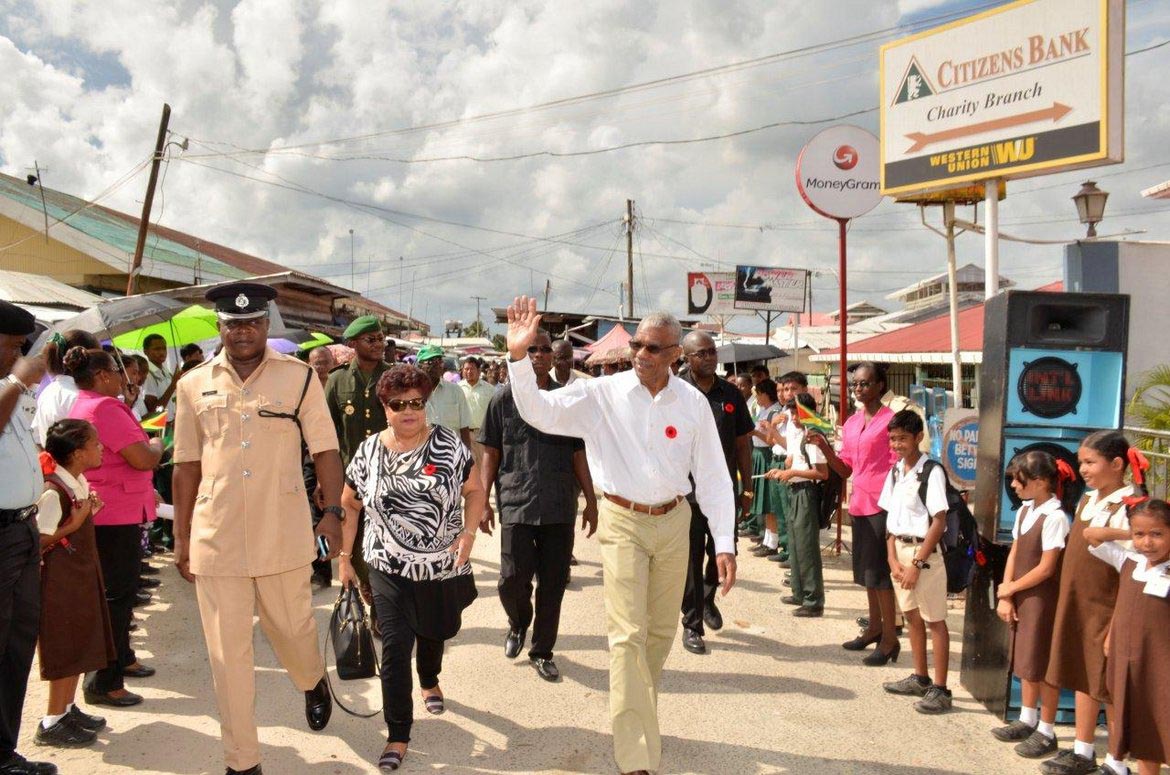 President of Guyana, Brigadier David A. Granger and Minister of Social Cohesion Amna Ally, arriving at the boat commissioning ceremony at Charity as school children lined the streets for greet them 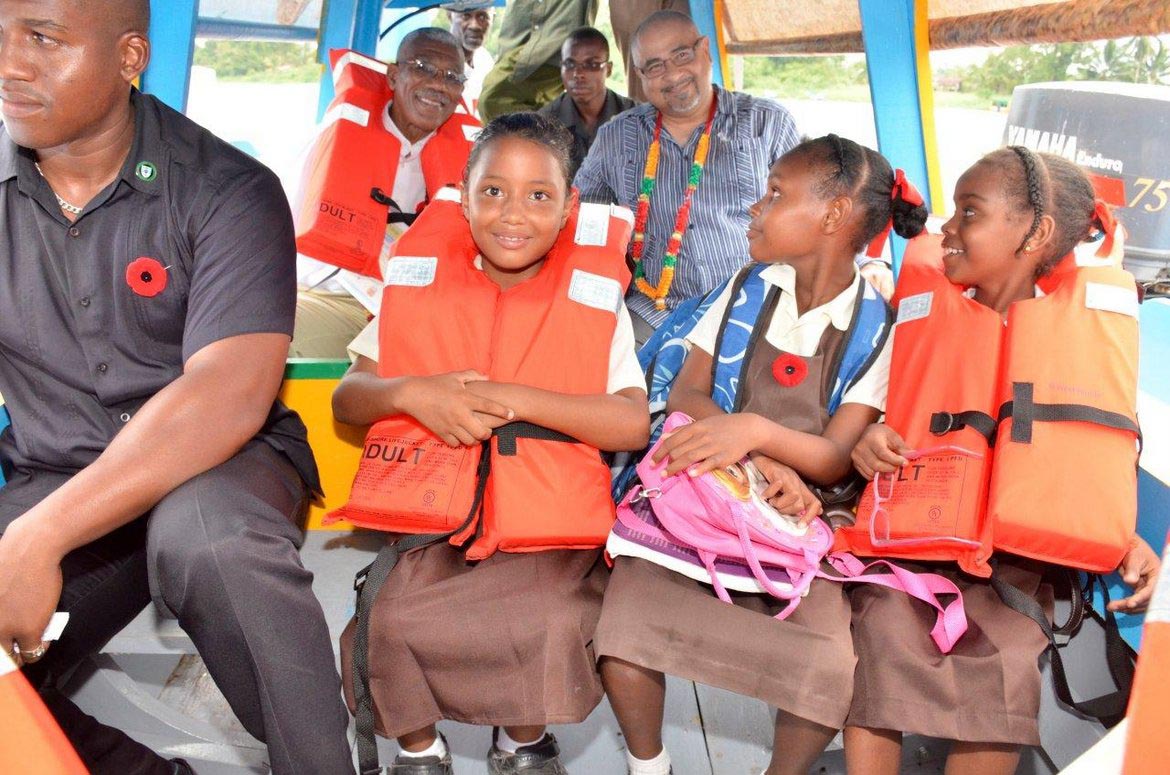 President of Guyana, Brigadier David A. Granger and Co-Chairman of CGX Energy Incorporated, Professor Suresh Narine sitting in the new boat with students from the Region just before its first official journey on the Pomeroon River. 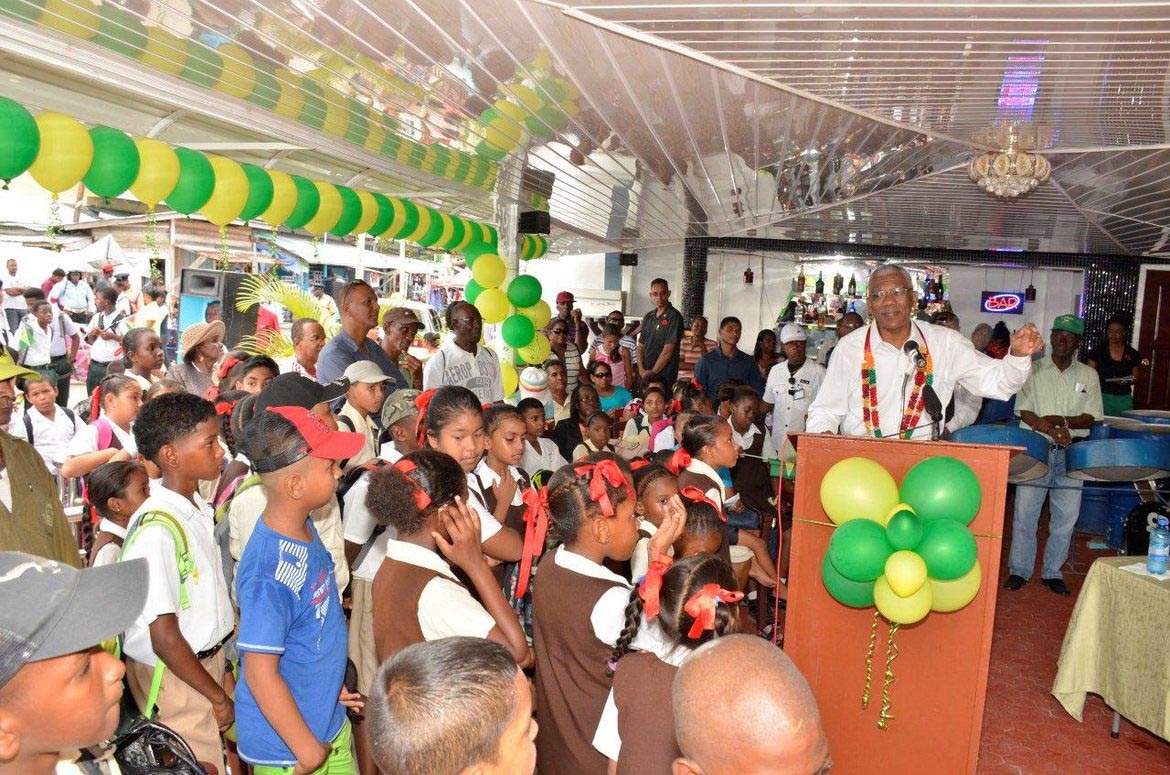 President of Guyana, Brigadier David A. Granger surrounded by students as he delivered his address at the commissioning of the school boat.

During opening remarks at the ceremony, the Regional Executive Officer (REO) of Region two, Rupert Hopkinson noted that there is a causal link between education and development and said that the value of donating school boats cannot be quantified.

“This boat is a gift to all of us; every citizen of Guyana. For when children become educated, as adults they can contribute more to the community in which they live and ultimately, the nation”, he said. The REO declared that education is a public good that all Guyanese must all take responsibility for.

Minister of Social Cohesion, Amna Ally, who is playing an integral role in the private-public partnership to support the “three Bs” programme, was also present to witness the commissioning of the boat. GAICO Construction and General Services Incorporated’s Chief Executive Officer, Komal Singh and prominent businessman, Alfro Alphonso, both of whom had previously donated boats to the programme, also attended the event.