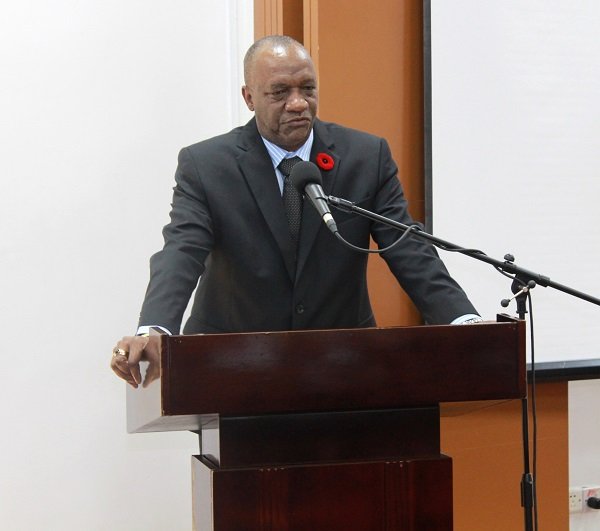 Georgetown, Guyana-(October 29, 2015) Minister of State, Joseph Harmon has called for a reformed public sector, which will ,cater to the needs of the Guyanese public, without fear or favour.

Addressing the Annual Conference of Personnel Practitioners at the Arthur Chung Convention Centre (ACCC), this morning, Minister Harmon said that the event was a key element in the administrative wheel of the Public Service. He further noted that the conference seeks to propel the President’s vision for an efficient and improved public service.

“This conference comes at a time when the state of our public service in under intense scrutiny and critical examination after it has been established that there is need for public sector reform and a fundamental requisite for this reform is an improved and efficient service,” Minister Harmon said.

Pointing to some of the issues within the public service, including low wages and salaries, inadequate training and institutional deficiencies, the Minister said all these result in poor delivery of services to the public. However, he noted that these will not be allowed to persist under the new administration, since the needs of the Guyanese people must be taken care of to provide a good life for all.

Minister of State, Joseph Harmon addressing the participants at the Annual Conference of Personnel Practitioners at the Arthur Chung Convention Centre this morning.

“A new public service is envisaged and now required. A public service that is accessible, relevant, reliable, resourceful, responsive to the needs of the people, that is equally effective in all of the regions of Guyana; coastal and hinterland, in all communities, rural and urban,” he told the participants.

Minister Harmon made it clear that the new administration has high expectations of the public service sector and as such, public servants must be able to meet these high standards being set.
“The new public service has to be able to deliver in an administratively neutral way and has to be established firmly on the basis of merit and political impartiality. It must also possess expert knowledge and a high standard of academic education. In addition, it must consist of men and women of integrity, who are reliable and willing to give advice without fear or favor, partiality or prejudice,” the Minister of State declared.

Minister Harmon explained that the since the government wants a public service sector which is effective, responsive and fair, it will begin the process of modernising and transforming the sector to achieve these characteristics.

“The use of technologies will be employed and the physical facilities for delivery have to be improved. There must be a concerted effort to enhance the management capacity, administrative efficiency and skills levels of all public servants from the lowest to the highest tier of the public service workforce,” he noted.

In it within this context that Minister Harmon told the participants that they must now understand their roles and functions as personnel practitioners and fulfill those to the best of their abilities.

“You the personnel officers are the engineers and drivers of the public service; of the “engine of the executive.” In this capacity, you are required to play a very crucial role in the development of a renewed and relevant public service. Your traditional mandate will always be important. I invite you to discuss these issues in your deliberations with a view to adjusting your approach to your responsibilities in a way that would enable you to make the best possible contribution to the development of a new and relevant public service,” Minister Harmon implored. 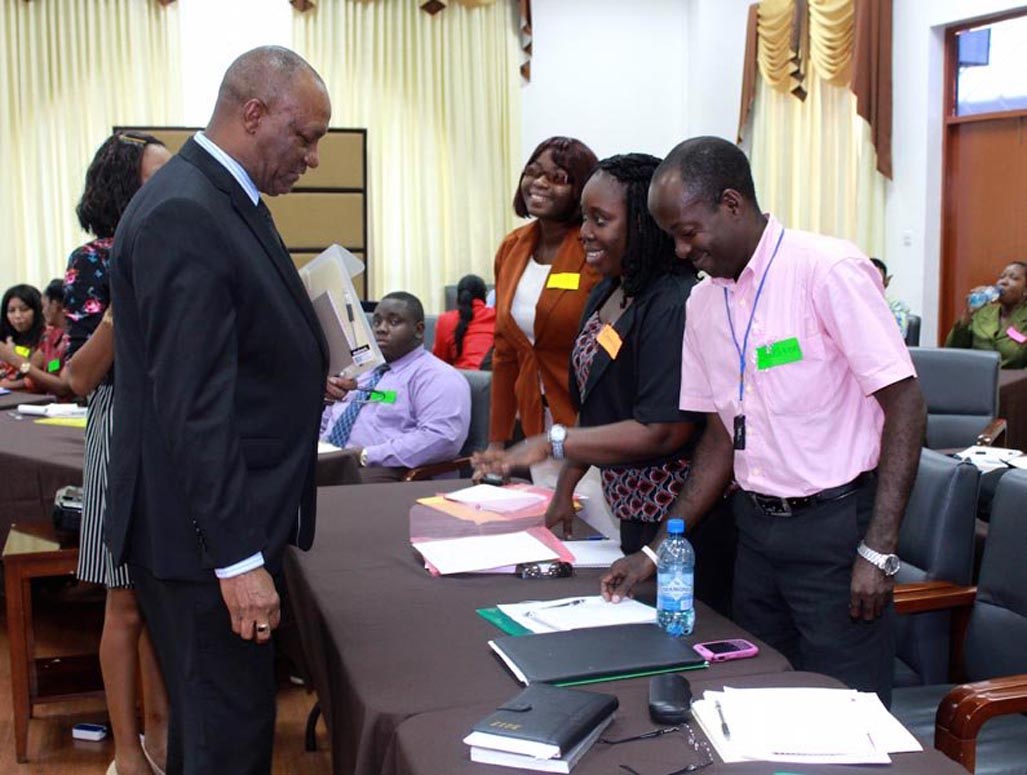 Minister Harmon shares a moment with some of the participants

Turning his attention to the Public Service Staff College, one of the actively pursued projects of the new administration, Minister Harmon lamented that public servants must ensure that the efforts of the College to train and orient new entrants into the public service must be complemented by their work in the administration of service as this will largely determine the capacity and capability of the public service to carry out its mandate in an effective manner.

In the meantime, Permanent Secretary of the Department of Public Service, Reginald Brotherson, in brief remarks, said that the days of fear and favour are over and Guyanese now have high expectations of the public service, which must be fulfilled.

“I welcome you to an era of exciting times in the Guyana public service and you are guardians of the public service. Public service is a major pillar of government. We have great expectations of you and we will work with you. We need a new dispensation. We need a chance for public servants to operate free and fair and without ill-will,” he said.

Recommendations coming out of the forum will be presented to Minister Harmon for consideration and action by the Government.