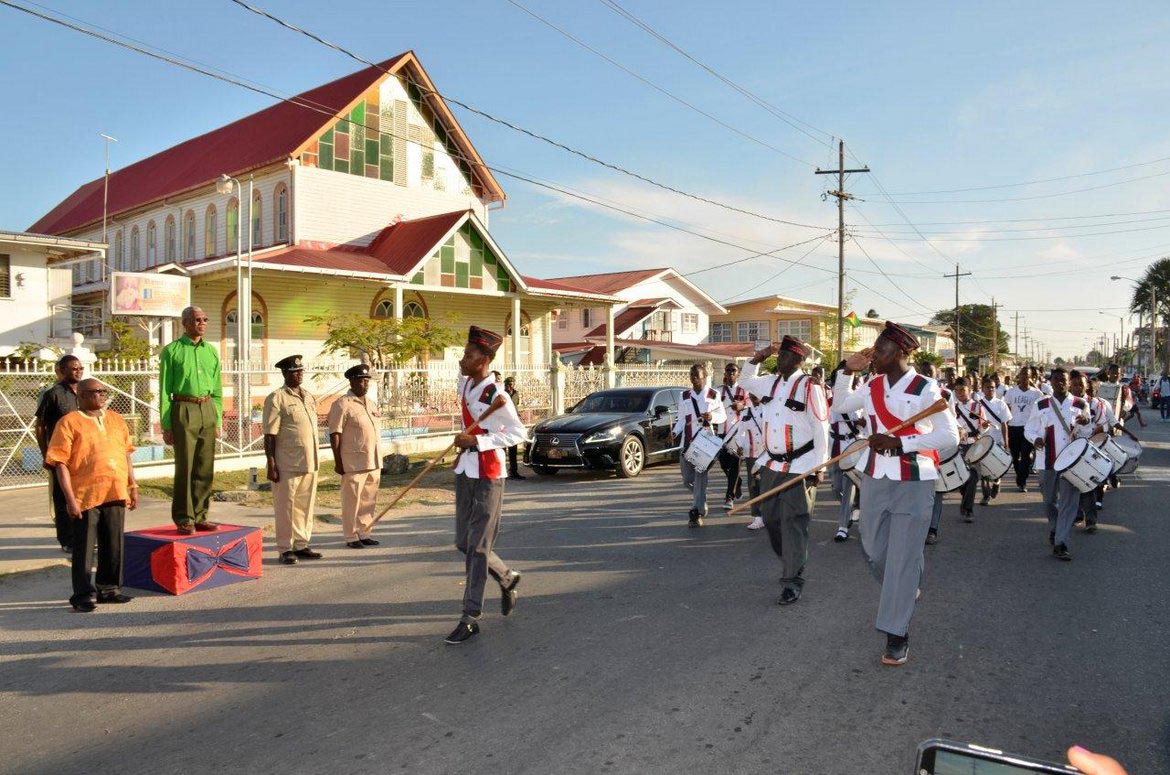 Georgetown, Guyana – (October 26, 2015) “You are better placed than any other region for commerce. Let us use your natural advantages to make the East Berbice-Corentyne Region a commercially advanced region in this country.” This was the call made by President David Granger as he declared New Amsterdam Town Week 2015 open on Sunday last.

New Amsterdam Town Week, 2015 is being held under the theme “Enhancing Social and Economic Development through National Unity.

While noting that this Town Week should be seen as a time to celebrate the achievements as a region, the President called on residents to also use the time to look to the future and plan for years to come. However, in moving forward, the President outlined some guidelines, which citizens should take into consideration as they venture into a new era. “You have the capability to have a strong and legitimate economy. Your commerce must enrich this town. I want to see New Amsterdam becoming a commercial hub,” the President said.

President of Guyana and New Amsterdam Mayor Claude Henry taking a salute from band members of the Cofona band at the opening ceremony for New Amsterdam Town Week 2015.

However, he indicated that this cannot be achieved if the town does not restore its character, which has diminished over the years. The President underscored the importance of New Amsterdam becoming a green town, which would mean coming up with a sound solid waste plan. Equally important too, is for the region to maintain and sustain a high level of orderliness as the President emphasised the importance of safety if the region is to attract investors.

“People want safety and security; the town must help to ensure that everything possible is done to make this town safe. Look for solutions. You have more facilities than many other regions in the country,” President Granger told the residents.

These, the President said, would be necessary for East Berbice-Corentyne to become one of the most commercially vibrant regions in the country. “New Amsterdam must return to its former state of a booming community; a commercial capital of a booming economy. We must have a prosperous region,” the President reiterated. 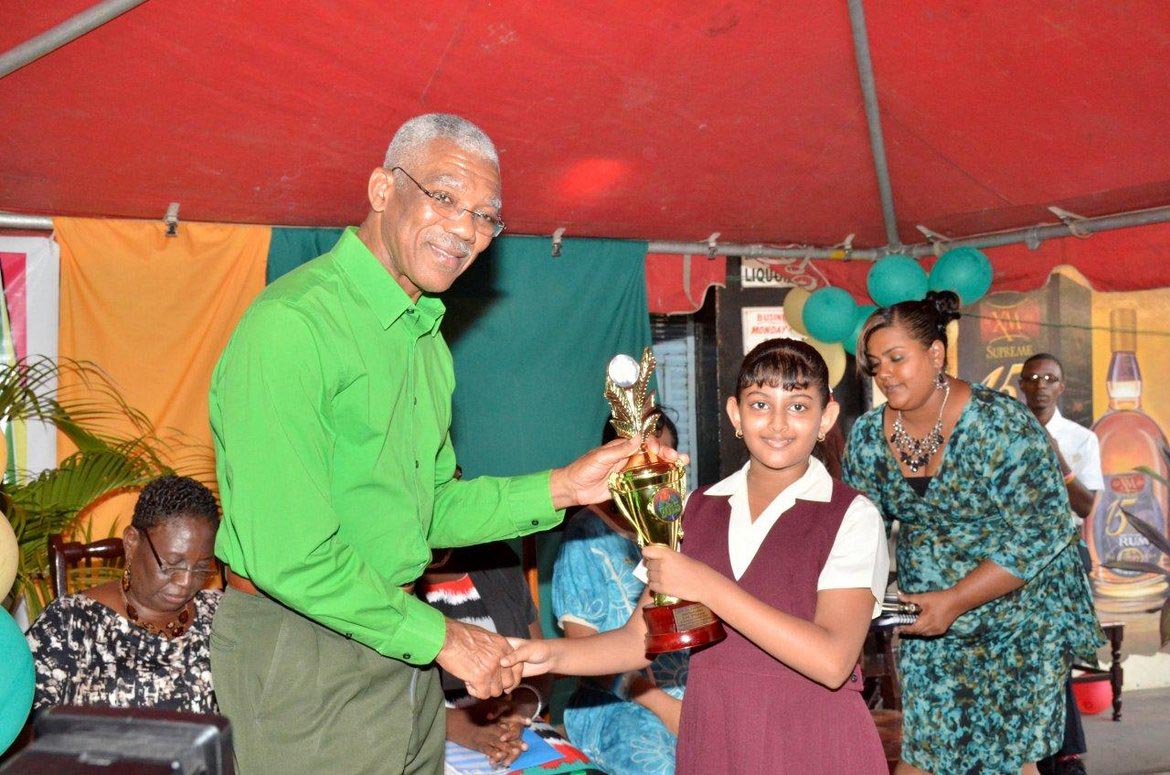 President of Guyana, His Excellency Brigadier David  Granger as he presents the first place prize to Miss Angelina Tahal who came out victorious in the Primary Schools’ Mathematics competition.

President Granger also took the time to congratulate the planning committee for putting together the Town Week programme as he called on them to celebrate in a peaceful manner over the coming days. “On behalf of the Government of Guyana I bring greetings to the good people of New Amsterdam, this is the ancient county… you have a proud history and one of the duties you have as members of this town is to preserve that history but also to make that history work for you.”

Meanwhile, if one were to judge what this year’s activities has to offer from the cultural presentations during the opening ceremony then certainly there would be no room for disappointments. Students from schools in and around New Amsterdam did not fail to please the crowd with their steel pan music, the dance recitals and essay readings, all a true reflection of talent coming from the community. Also on the occasion awards were presented to the first, second and third place winners in the Primary Schools’ Mathematics competition. Aliya Jameson was placed third, Aditya Ganpat second and Angalie Sanichar, was presented with her award by President Granger for gaining first place.