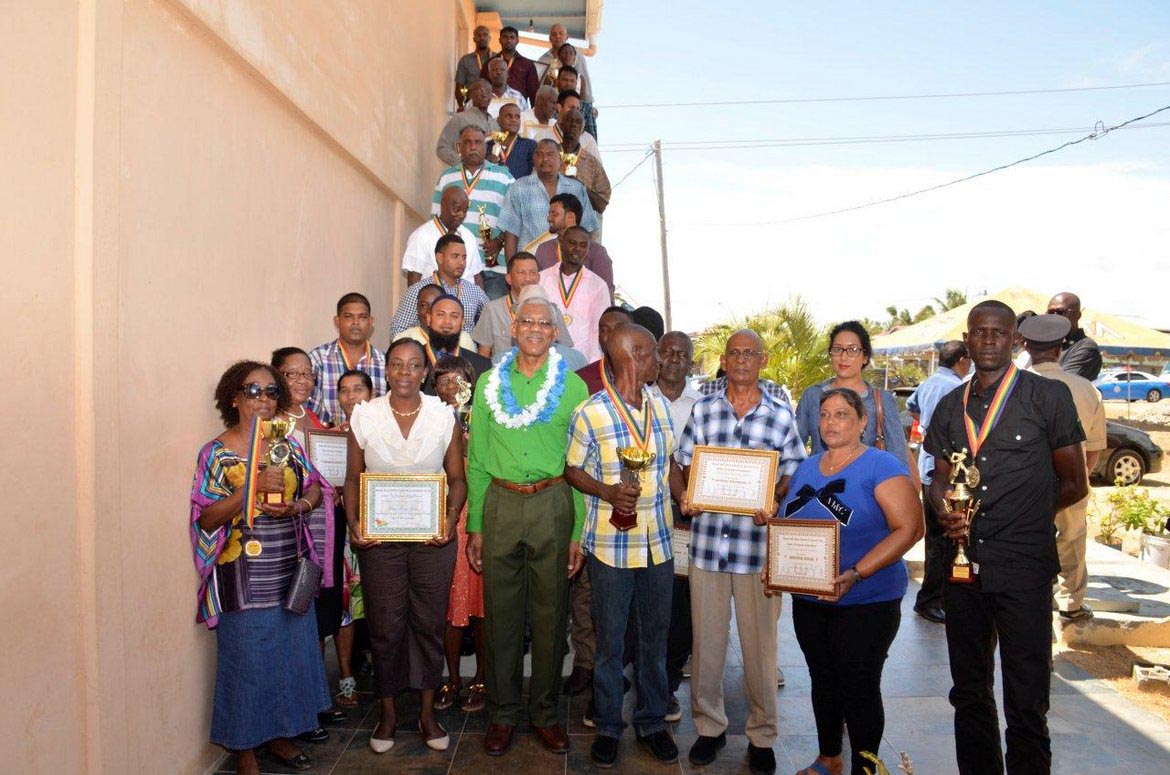 Georgetown, Guyana – (October 26, 2015) As the Rose Hall Town Youth and Sports Club (RHTYSC) celebrated its golden jubilee anniversary, members and well-wishers were reminded of the importance of meaningful engagements for youths in an effort to rid communities of social ills. President of Guyana His Excellency Brigadier David Granger and Minister within the Ministry of Education Ms. Nicolette Henry were among those who joined with the club on Sunday as they celebrated the momentous occasion, at Port Mourant, Corentyne.

In his congratulatory message to the Sports Club, President Granger said that over the past twenty five years, RHTYSC have managed to etch its name in the annals of sporting organizations in Guyana. “The sheer volume of projects it has executed, its success on and off the field and the contributions to this community has made it a household name in East Berbice-Corentyne,” the President said.

Seizing the opportunity to outline his Government’s vision for young people, the President asserted that Education is the gateway to realising the good life. “Our young people deserve quality education, those who live in rural and hinterland areas must not have to migrate to the urban centers to access quality education,” he said. The President told the large gathering of youth in attendance that education will liberate them from the entrapment of crime, drug abuse, alcoholism, teenage pregnancy, suicide, violence and illiteracy. It will also allow them greater opportunities for gainful employment. Education in entrepreneurship will equip our young people with the skills to become self-employed and own their businesses.
In addition to being educated the President said he wants to see more youths in the region becoming entrepreneurs, and self-employed. “We also want to see young people, taking greater opportunities in recreation and sports, that’s why I’m glad to be here to see the work this club is doing,” he added. Adapting this new culture, the President said will see youths moving away from the culture of accepting “handouts” and becoming more self-reliant.

President of Guyana His Excellency Brigadier David Granger along with recipients of awards at the 25th anniversary of the Rose Hall Town Youth and Sports Club.

In addition to making the best of opportunities available, the President stated that there are five core values that will make youths more rounded. He said opportunities alone, will not be sufficient for young people to succeed in achieving their goals. These five core values the President outlined as, discipline, duty, responsibility, integrity and identity. Discipline and responsibility are two values which the President said can be taught at home; by religious organisations and in schools.

RHTYSC was founded on September 15, 1990 by the St. Francis Community Developers, to “lend a helping hand in molding and shaping the lives of the young and meeting the needs of the not so young and elderly”. The stated objectives of this organisation are to promote sports, education and culture as alternatives to the scourge of drugs and the “evil ways of Satan”, to improve facilities for youths and to make a positive difference in the lives of the less fortunate and elderly.

As the club celebrated its 25th anniversary several of its members were awarded for their outstanding contribution and achievements over the years.

Bicycles handed over to eight students from riverain communities in Berbice