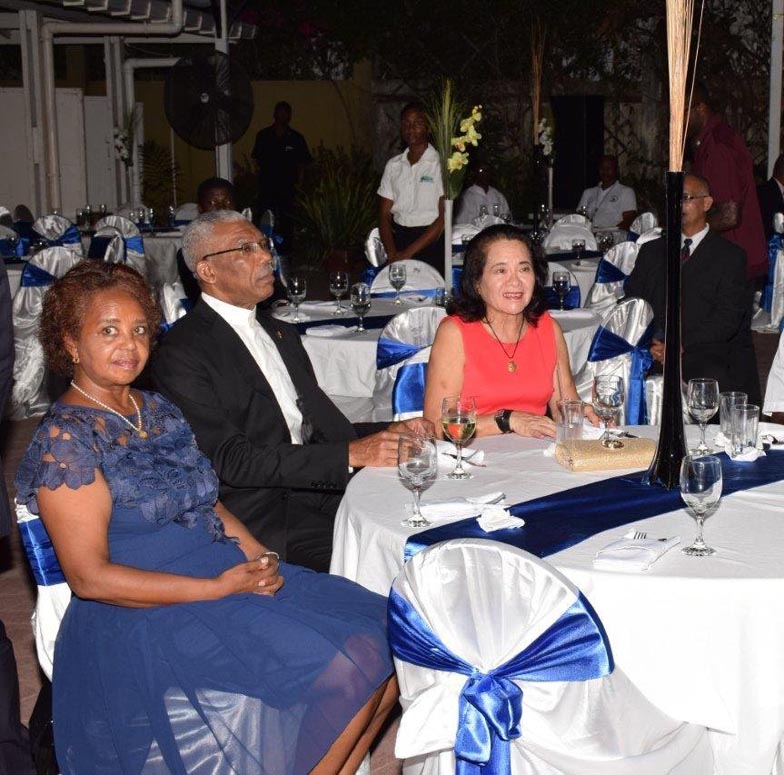 His Excellency expressed Guyana’s appreciation for the work that the UN and its agencies have been doing in terms of forging international and national solutions to problems.

“Guyana salutes the efforts made by the United Nations over the past seven decades. The world would have been a less safe place, were it not for the efforts of the United Nations and its organisations, in advancing peace, security, economic and social progress and freedom across the planet,” the Head of State said.

Against the backdrop of threats to the country’s territorial integrity and sovereignty, the President said that as a small state, Guyana seeks the peace that only the UN could promise and the collective security measures that only the UN could provide.
He reminded of Article 2 of the UN Charter which states that, “All Members shall settle their international disputes by peaceful means in such a manner that international peace and security, and justice, are not endangered. All Members shall refrain in their international relations from the threat or use of force against the territorial integrity or political independence of any state, or in any other manner inconsistent with the Purposes of the United Nations.”

With regard to international cooperation, Guyana adopted the UN’s Millennium Development Goals (MDGs) in 2000 and more recently, the Sustainable Development Goals. The President said that these targets are all in conformity with the country’s own national development objectives.

Meanwhile, UN Resident Coordinator, Khadija Musa in her remarks said that after seven decades, the UN remains the only platform in the world that brings together friends and foe on the world stage. She spoke of UN Secretary General, Ban-Ki-Moon’s conviction that the world’s problems cannot be solved by one country acting alone.

As part of the anniversary activities, awards were given out to certain print and electronic media entities, which have been playing a critical role in highlighting social issues and representing the views of the people. The local journalists who were awarded were Gaulbert Sutherland, Sharda Bacchus, Zoisa Fraser, Tamara Rodney, Desilon Daniels, Tajeram Mohabir, Ravin Singh, Charmaine Granger, Tandika Percival, Roger Wong, Nicholas Peters and Shivanie Rampersaud.

The UN was established on October 24, 1945 with the objectives of promoting world peace, security, and human rights, fostering social and economic development, protecting the environment, and providing humanitarian aid in cases of famine, natural disaster, and armed conflict. Starting with only 51 members, today this organisation has a membership of 193 countries.

PYARG urged to focus on Education, employment and entrepreneurship