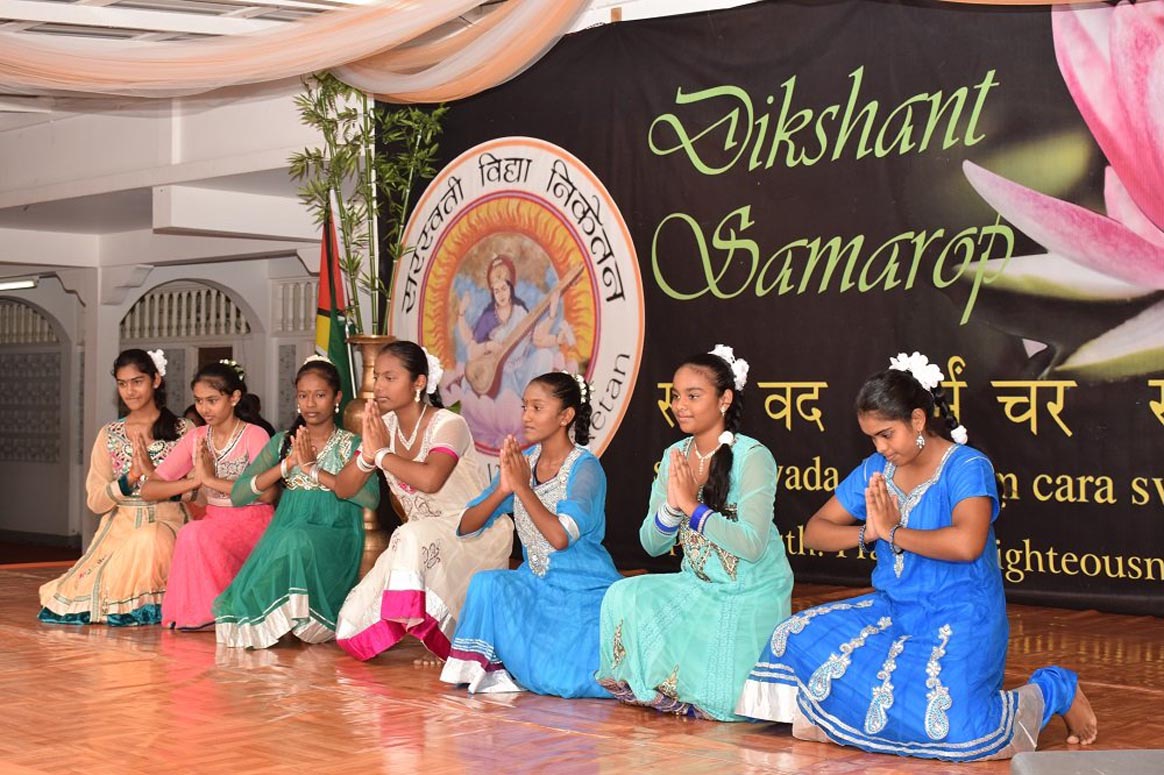 Georgetown, Guyana – (October 11, 2015) “You, the members of the class of 2015, have not come to an end. You are, indeed, at the beginning of yet another stage of a lifelong process of learning.” This was the gentle reminder given to Guyana’s top Caribbean Secondary Examination Council (CSEC) student, Victoria Najab and other high achievers of the Saraswati Vidya Niketan (SVN) Secondary School, by President David Granger, at the school’s 11th Graduation Ceremony, yesterday.

In delivering the charge to the students, the President spoke of the rapid changes that are taking place around the world and the need for them to be on par with a technologically driven world. The President also underscored the need for more students to gravitate to the fields of Science, Technology and Mathematics in order to meet the needs of our developing country.

Speaking on the quality of laboratories at Queens College, when he was a student there, President Granger said, “A Colonial government was able to create an educated, scientific elite by putting in front of students the resources [they need]. This is something we have to do at the University of Guyana and in all secondary schools around the country, if we are to become a really developed nation.”

Students of SVN as they graced the stage with a dance salutation to Lord Ganesa, during their graduation ceremony yesterday.

President Granger also presented the President’s Award for the best graduating CSEC student, Najab, and declared that in addition to the award, he would be presenting her with $100,000.00 to assist with her Caribbean Advance Proficiency Examination (CAPE) studies.

Najab, who wants to become a petroleum engineer, spoke of how honoured she and fellow students are to have kept the school at the top of the academic pedestal. “Today we are not only celebrating our own success, but we are making a great achievement for our country. We are children of this nation and our efforts are Guyana’s fortune and our accomplishments are Guyana’s triumph,” she said.

Giving recognition where its due, Najab said undoubtedly, the teachers were “the most valuable players”, as they went beyond the call of duty to make the school the phenomenal one it is today.

“The SBA’s we cried to complete, they had to go over it 50 times. If our teachers did not guide our intellect, we would not be as happy as we are today” she said. Najab’s parting advice to the graduating class and students of SVN were, “Honour you teachers, honour your parents, before you can honour your God.”

With 64 CSEC and seven CAPE students graduating, Principal of SVN, Swami Askarananda has much to be proud of. Giving his report, he congratulated the students for their outstanding performances. However, the Principal, called on his students not to become complacent, as there is room for improvement.

Pointing to the national overall pass rate for English and mathematics, which is now just about 50 percent, the Principal reported with pride that the students at SVN have continuously been raising the bar. “While at the national level and in the region, the past rate at English and math are around 50 percent, at SVN, in these two subjects, we have consistently produced the highest pass rate, with English at 86 percent and Math 92 percent,” he said.

Out of the 12,600 students in Guyana, who wrote the 2015 CSEC examination, 47 students passed with 11 grade ones or more, and of that number, 23 percent were SVN students.

Another notable point raised by the Principal was the hard work of the teachers, who worked with students, some of whom entered the school with average marks at the National Grade Six Assessment (NGSA). Fourteen students with marks in the low 400s at the NGSA graduated with 12 subjects or more at CSEC at the institution.

This, the Principal said, is a clear indication of the exceptional work done on the part of both teachers and students. In the coming year, Swami Ji said his institution will be striving to surpass Queens College, the only school that is ahead in terms of pass rate, in the country.

The Ministry of the Presidency caught up with some of the other students who graduated with honours and they shared their thoughts with us. Hiralall, who won the Prime Minister’s award with 19 Grade ones and 1 Grade two said, “The school has been a major part in my achievement. It has changed my entire view on education as a whole. I use to see education as a duty, but now I see it more as a privilege.” 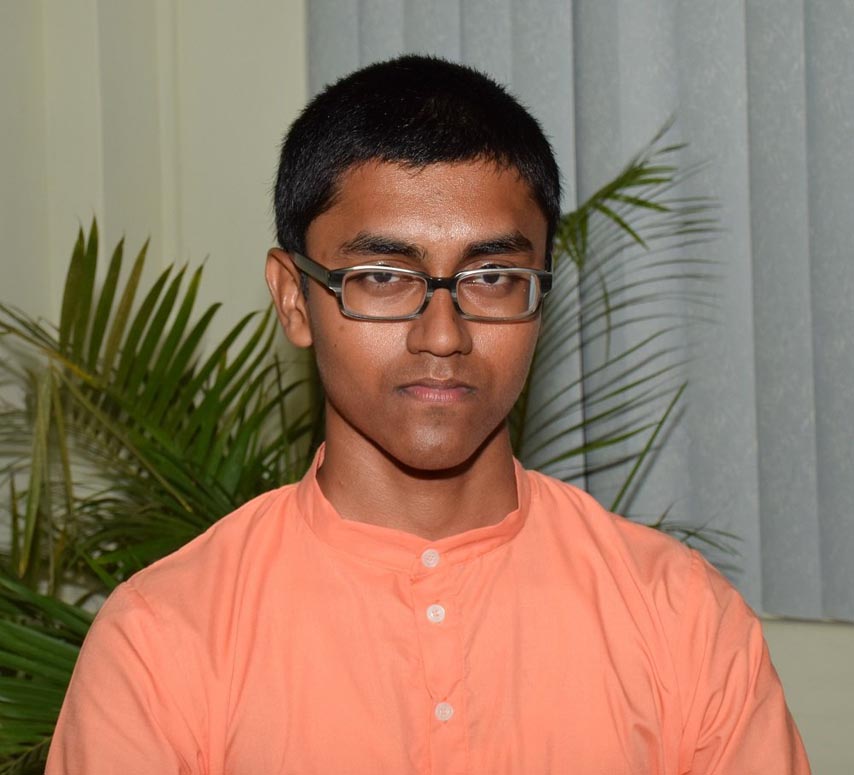 Yasoda Busham, who gained 16 CSEC passes, spoke of the importance of hard work. “CXC wasn’t that easy. It wasn’t easy staying up late at night…. My advice to you, who are preparing for CXC, don’t give up. CXC sounds hard. There is a lot of work to it, but in the end you will benefit from it,” he said.

Sharen Henry, who entered SVN with 403 marks at the NGSA, said, “With such an average mark and with students at the top of the class, I had to try to focus and to pay keen attention ask questions and my advice to students is if you don’t understand ask your teachers.”