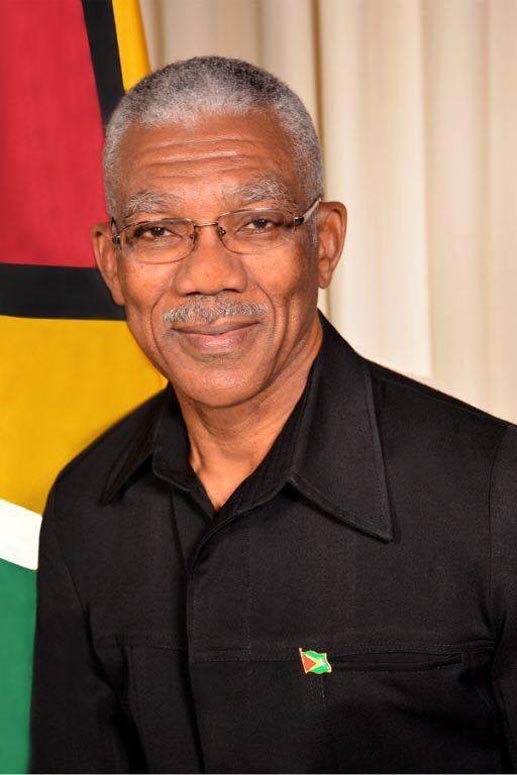 Brigadier David Granger was sworn in as the ninth President of the Cooperative Republic of Guyana on 16th May 2015.

Brigadier Granger is a former Commander of the Guyana Defence Force and National Security Adviser to the President. He received his military training at the Mons Officer Cadet School and the School of Infantry in the United Kingdom, the Jungle Warfare Instruction Centre in Brazil, and the Army Command and Staff College in Nigeria.

Brigadier Granger is the author of several books including National Defence: A Small State in the Subordinate System; Caribbean Geopolitics: Security, Stability and Sovereignty in Small States; Public Security: Criminal Violence and Policing in Guyana, and Public Policy: The Crisis of Governance in Guyana.

Brigadier Granger is married to Sandra, née Chan-A-Sue, and is the father of two daughters.

Biography of Minister of State